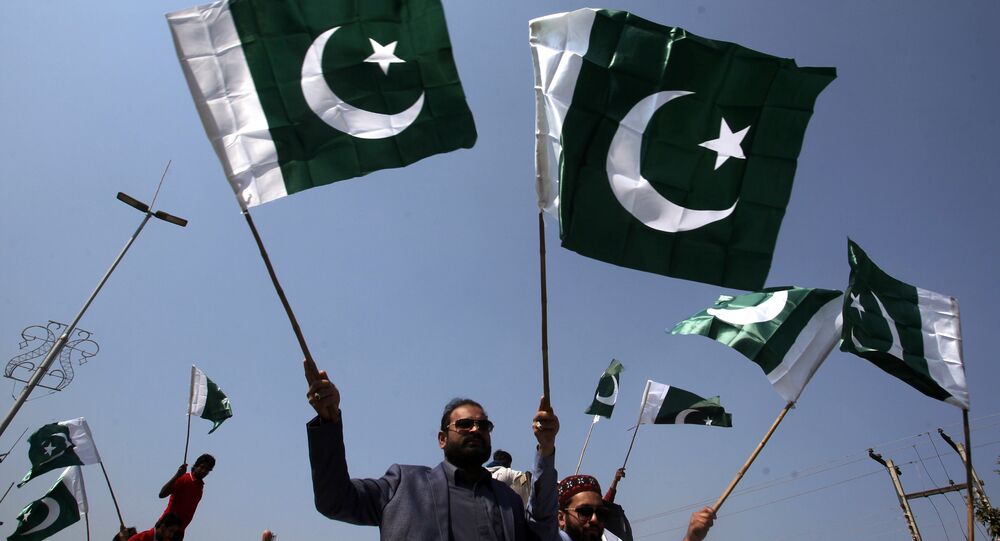 K P Fabian, India’s former Permanent Representative to UN opines that Pakistan is keen to use its position with effect to Afghanistan to garner the US’ support in the wake of ongoing conflict with India. He, however, believes that Afghanistan talks will not have a direct influence on the ongoing strife between India and Pakistan.

New Delhi (Sputnik) — In the wake of the ongoing tense hostilities between India and Pakistan threatening peace and security of the South Asian region, Sputnik spoke to former Indian Diplomat K P Fabian on the role of United States and on whether the Indo-Pakistan situation will have an impact on the ongoing Afghan peace talks.

Sputnik: Do you see a change in the dynamics at the Afghan peace talks due to the Indo-Pak confrontation?

K P Fabian: I do not see a direct link except that Pakistan has been signalling to the United States as well as to the rest of the world it's point of view for a long time with lot of stress on its important role in the Afghan peace process.

It has been saying that isolating it would have an adverse effect on the Afghanistan peace process. The point is true but exaggerated to some effect because Pakistan is keen to use its position with effect to Afghanistan in a way to garner support for itself.

© REUTERS / Jorge Silva
Trump Says US Was Involved in Mediating Indian-Pakistani Conflict
Sputnik: Does Pakistan really have a steering role in the Afghan peace process?

K P Fabian: Yes, without Pakistan the fate of Taliban talks could be influenced and everyone knows it. The direct talks with the Taliban have become possible because Pakistan has a role in it. Putting pressure on the US to support its line of diplomatic version could be one bargain which Pakistan may expect in these times. However, I don't think the Afghanistan talks and its factors will have a direct influence on the Indo-Pak situation or on the process of de-escalation in the region. Except that without the help of Pakistan, the proposed pull out of the US from Afghanistan will become less easy.

© REUTERS / Mohsin Raza
Pakistan-India Conflict Unlikely to Escalate Into Full-Scale War - Analysts
Sputnik: How do you analyse the role of US in the Indo-Pak conflict?

K P Fabian: For the US, India is a much bigger market and future prospect than Pakistan. Having said that, we must appreciate that the Americans have been very calibrated and balanced till now in approaching the ongoing tense situation between India and Pakistan.

Sputnik: Do you foresee the US remaining uninfluenced by the situation especially when you have mentioned the pivotal role which Pakistan has to play to help the US pullout from Afghanistan?

K P Fabian: It is always better to be not very specific of any situation when US president Donald Trump is concerned. He is capable of changing a stand at his will. The fact remains that it is in the interest of America and the rest of the world to stand with what is right. And that India specifically has been targeted by Pakistan-grown terror elements is a fact which everyone knows and India is fighting a war to clean these terror elements.

The view and opinions expressed in this article are those of the speaker and do not reflect the official position of Sputnik.