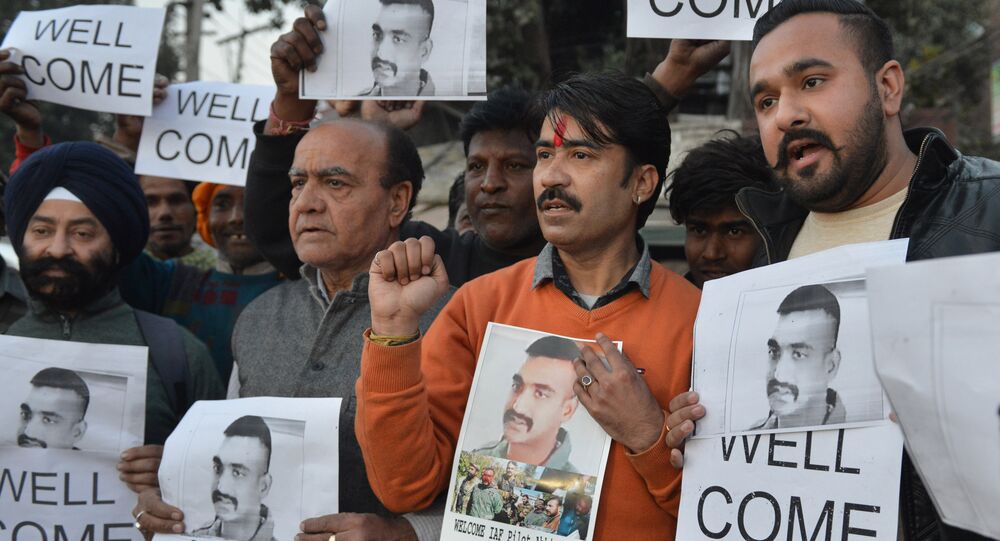 Meem Afzal, a leader of India’s main opposition Congress Party and a former Indian ambassador, spoke to Sputnik about the India-Pakistan cross-border exchanges and the return of the Indian pilot from Pakistan’s custody.

New Delhi (Sputnik) — With Pakistan's announcement regarding the return of Indian pilot Wing Commander Abhinandan Varthaman back to India, there seems to be some thaw in the Indo-Pak skirmish which was threatening to take dangerously escalate this week. Sputnik talked with  former diplomat and Congress Party leader Meem Afzal about the recent developments.

Sputnik: How do you describe the feeling on the return of Wing Commander Abhinandan from Pakistan?

Meem Afzal: It's a proud moment for us and we all are waiting to welcome him. Our brave pilot is returning from the clutches of Pakistan so it's time of joy for all of us. Although Imran Khan had said that it is a gesture of peace by Pakistan but I don't think it's a gesture of peace. In fact, Pakistan is bound by the Geneva Convention to release out pilot. If he had delayed the process of release and return then he had to face the consequences.

© REUTERS / Francis Mascarenhas
Pakistan Finally Hands Captive Pilot Over to India (PHOTO)
Sputnik: You've served as a diplomat. How do see it in light of diplomacy?

Meem Afzal: I think it was a compulsion for Pakistan to ensure safe return of our pilot. In fact, Imran Khan is trying be a statesman and show the world that Pakistan wants peace and is eager to have talks with India. But the reality is entirely different. First, he should reign in terrorists and terror outfits operating from his soil that are carrying out attacks in India.

READ MORE: India Targets Pakistan in a Veiled Attack at OIC in UAE

Sputnik: Today, Pakistan boycotted the OIC meet in Abu Dhabi. What does Pakistan want to show?

Meem Afzal: It shows the double face of Pakistan; on one hand they want to have dialogue with India but on the other hand they have boycotted the OIC meeting because of India's participation. So where is his diplomacy now? Pakistan is one of the founding members of the OIC but they didn't send their foreign minister only because India was invited as a guest in the meet.

In fact India was invited in OIC because the majority of members supported India's participation. India has been trying to became the member of OIC as we have a large Muslim population and rank just after Indonesia. Therefore why India shouldn't be there. India has been called as a guest and observer and we got a chance to put our view point there. Why should Pakistan be afraid of this if it is innocent?