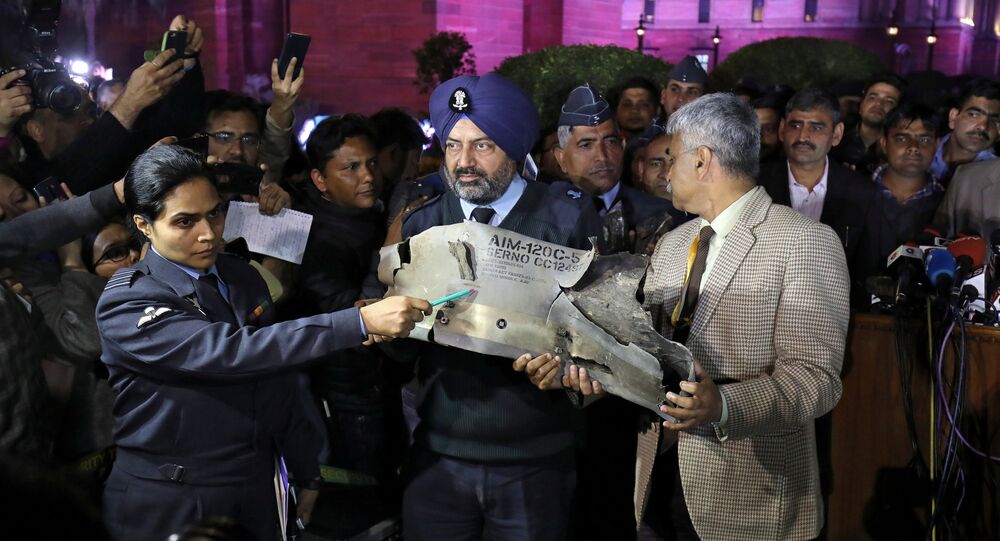 Lockheed Martin was expecting to bag the $20 billion tender expected late this year or early 2020 pertaining to the purchase of 114 fighter jets for the Indian Air Force (IAF). However, with an IAF MiG-21 Bison shooting down an F-16 beyond visual range in Pakistan, Lockheed Martin is poised to lose the leverage it had against its competitors.

New Delhi (Sputnik) — With confirmation that the old warhorse of the Indian Air Force, the MiG-21 Bison, shot down a Pakistani F-16 during Thursday's hostilities between the two South Asian neighbours, there is speculation that the development could tank Lockheed Martin's multi-billion-dollar deal.

"Indian Mig-21 not just brought down the PAF's F-16, it was a surgical strike on Lockheed Martin and Tata Advanced Systems. They should forget any future deal with the Indian Air Force," Syed Mohd Murtaza, a research scholar in the Academy of International Studies at Jamia Millia Islamia said.

Air Vice Marshal Manmohan Bahadur, a veteran pilot and additional director general of India's Centre for Air Power Studies (CAPS), commented on the achievement and said that it is the first time that a third-generation aircraft shot down a fly by wire modern aircraft armed with a much better weapons package and avionics suite.

"Wow! FIRST TIME in the world — Mig-21 shoots down an F-16! Great job Indian Air Force!" Air Vice Marshal Manmohan Bahadur tweeted, adding "Someone just asked me — if a MiG-21 has shot down an F-16, what happens to their bid for the IAF mega 114 fighter contract?"

© AFP 2021 / AAMIR QURESHI
Indian Military Confirms to Press That IAF MiG-21 Shot Down Pakistani F-16
Lockheed Martin displayed its ambitions in India earlier this month at the AeroIndia show where it unveiled a prototype of the F-21, a modified version of the F-16 Block 70.

"I think it will have a negative impact on the prospect of F-21 in the 114 fighter jet tender. Current generation Russian weapon systems are effective and better value for money than their western analogs," Vijainder K Thakur, a former squadron leader of IAF and a defence analyst, told Sputnik.

India started the process to purchase 114 fighter jets under the Strategic Partnership program in 2018 and six foreign firms had responded to the request for information. Global fighter manufacturers Boeing and Lockheed Martin of the US, Dassault Aviation of France, European consortium Eurofighter, Saab of Sweden and United Aircraft Corporation of Russia submitted their responses in July 2018, while the MiG-35 later joined the race.

Russian MiG Aircraft Corporation, during the AeroIndia Show in Bengaluru earlier this month, claimed that the company does not have any competition in this sphere, describing the MiG-35 as the most up-to-date aircraft in the world. The company also claimed that India would have to pay at least 20 per cent less than that it may have to pay for similar models manufactured by other firms.

The views and opinions expressed in this article are those of the speakers and do not reflect the official position of Sputnik.