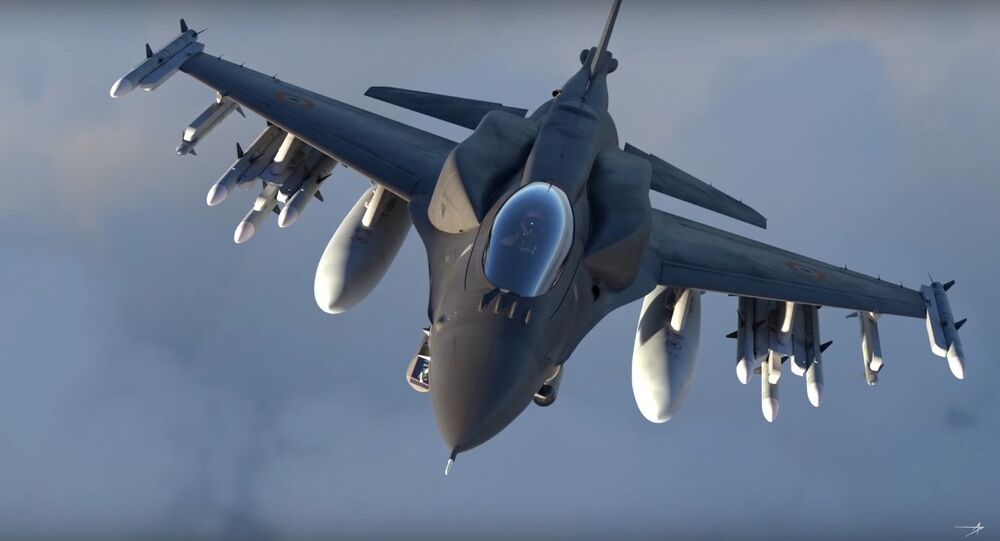 At the ongoing Aero India Show in Bangaluru, the company unveiled its multi-role F-21 fighter aircraft, sharing a tweet on Tuesday. Indians on social media were not amused by the announcement, calling the plane a renamed version of an outdated platform.

US-based defence manufacturer Lockheed Martin came under scathing attack from Indian Twitter users over its announcement of "for-India-from-India" F-21 fighter planes when they accused the company of pushing old and obsolete technology onto India.

The company claimed that the aircraft "is different, inside and out, delivering unmatched Make in India opportunities".

The F-21 is different, inside and out, delivering unmatched Make in India opportunities and strengthening @IAF_MCC. Meet the #F21:

Lockheed's rival firm and another aviation giant Boeing was among the first to aim veiled sarcasm at it with a tweet.

Indian Twitter users called out the company for attempting to sell old technology to India. "Trying to sell 80's technology in 2019, clever", said a user.

LOOOOL only thing “different” about this is the name. what’s the point of these fancy animations when you could have put videos of F-16’s it’s the same aircraft hahaha. Trying to sell 80’s technology in 2019, clever.

User @GruhamB remarked that the company had "just renamed an ancient F-16" and now hopes to sell it to India.

Rename an ancient F-16 and hope to sell it to India?

One user sarcastically remarked that this would facilitate trading of spare parts between India and Pakistan. Pakistan has US-made F-16 Falcons in its air force.

Wow, Pakistan and India can trade spare parts then.