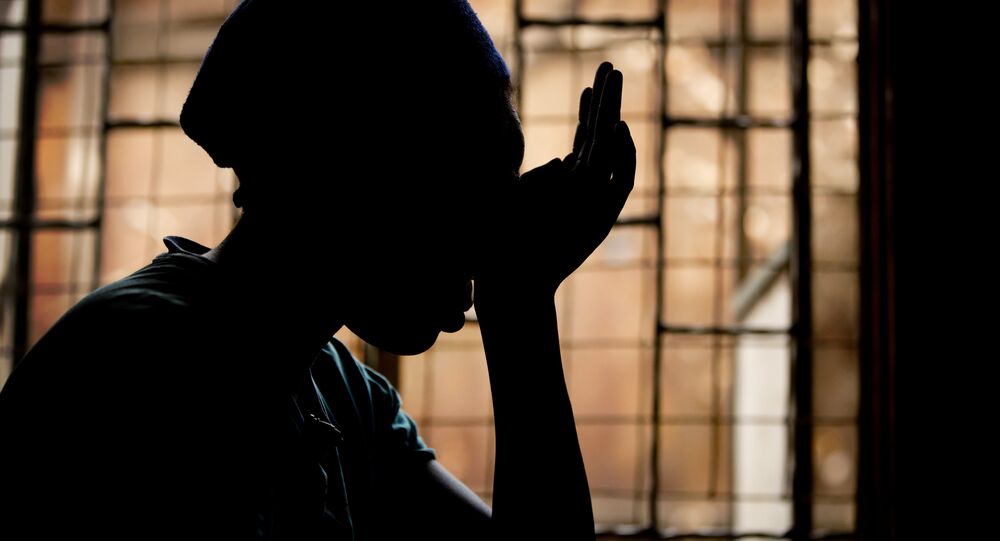 Saturday, December 1, is World HIV Day and US Vice President Mike Pence has said the White House will soon extend a programme to help millions of people in Africa who have HIV or full-blown AIDS. Sputnik spoke to Nelson Onyimbi, a youth advocate and blogger, about HIV in Kenya.

On Thursday, November 29, Mr. Pence said President Donald Trump would soon sign legislation which would extend a 15-year-old HIV/AIDS programme that has helped millions of people, mainly in Africa.

"We're grateful for the strong and bipartisan support in the Congress for this extraordinary humanitarian effort by the American people. President Trump believes this reauthorisation is a critical component of our administration's commitment to combat AIDS," said Mr. Pence, speaking at an event to mark World AIDS Day, which was launched in 1988.

On Wednesday, November 28, the Senate passed legislation extending for five years the President's Emergency Plan for AIDS Relief, or PEPFAR, and sending it to the White House for Trump's signature.

Since PEPFAR was first approved by President George W. Bush in 2003, the US has spent more than $80 billion on preventing HIV infection and delivering life-saving Antiretroviral (ARV) therapy treatment to millions of people in Africa and Asia.

“@PEPFAR has not only been the largest investment; it has been inarguably one of the most successful investments in healthcare and humanitarian aid in American history,” @VP at today’s @WhiteHouse #WorldAIDSDay 2018 event. https://t.co/nmCtQhkMec pic.twitter.com/vMs8RpRQoX

Trump has attempted to cut funding for PEPFAR in two previous budget proposals.

Nelson Onyimbi, a youth advocate and blogger in Kenya, said there were two main reasons why AIDS was still claiming a lot of lives in Africa — stigma and negligence.

"The stigma that revolves arounds HIV/AIDS is still very much widespread. In native African communities morality was practised astutely and sexual discussions were left for grown-ups alone. The sexual interactions were purely heterosexual and this only happened after marriage. Times have changed and this is no longer here so the old folks and people who are still inclined to that system spread stigma around it," Mr. Onyimbi told Sputnik.

“To those who have not been tested, maybe out of fear, I say to you: it is better to live in knowledge, than to die in fear.”

Ahead of World AIDS Day, Lloyd Russell-Moyle gives a speech in Parliament announcing he has been HIV positive for nearly ten years. pic.twitter.com/jXWijSW7nu

"Firstly, they cannot believe that anything apart from immoral sexual behaviour is the sole cause for HIV/AIDS. Secondly, they largely base the spread on multiple sexual partners, which was a preserve for elite members of society," Mr. Onyimbi told Sputnik.

Too Many People With HIV 'In Denial'

Adherence to ART treatments can also enable people with HIV to have sex and families without ever passing on the virus but Mr Onyimbi said many Kenyans with HIV were negligent when it came to taking their ART pills or were living in denial.

"Some live in denial of their status. Some even commit suicide, based on the impending stigma," Mr Onyimbi told Sputnik.

World AIDS Day takes place on the December 1st each year. It’s an opportunity for people worldwide to unite in the fight against HIV, to show support for people living with HIV, and to commemorate those who have died from an AIDS-related illness.

"Thankfully ART. PEP, PrEP and other methods of countering transmission such as skilled delivery have mitigated the spread. The uptake has been great and in Kenya the figure for prevalence has dropped from 5.6 percent to 4.9 percent," Mr Onyimbi told Sputnik.

He said HIV was still on the rise in some areas where people "embraced risky behaviour" such as trading sex for fish on the shores of Lake Victoria and wife inheritance.

Fear No More: Thirty Years On There's No Need To Be Scared of HIV