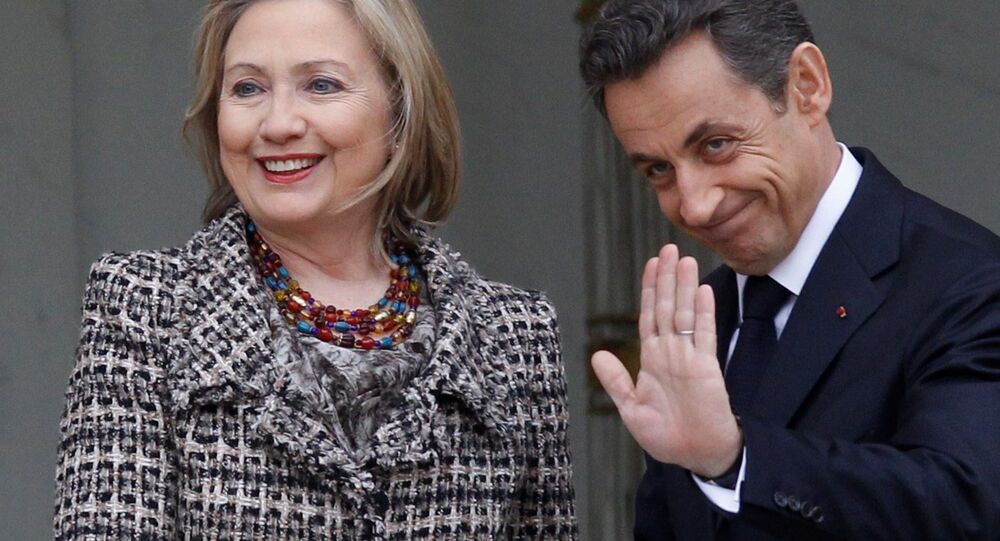 Former US Secretary of State Hillary Clinton has urged Europe to clamp down on immigration to combat the rise of 'right-wing populism'. Speaking to Sputnik, political scientist, lecturer and commentator Dr. Roberto Castaldi offered his perspective on what impact Clinton's apparent change of heart would have on US and European politics.

Sputnik: Hillary Clinton has a long track record of supporting immigration. Why do you think she's changed her rhetoric now?

Roberto Castaldi: She has to justify why she lost the [2016] election. That's the same thing other former leaders of the center-left in Europe are doing when they suggest that we need a radical change in migration policy. But what we really need is good management of migration policy at the European level.

What we have seen in the US is very different from what we have in Europe. [Here,] some countries were overwhelmed by the influx of migrants in 2015, while others have been completely spared the problem. And there has not been enough European solidarity, because the European Union does not have the power and the competencies regarding migration policy…

© Sputnik / Andrey Stenin
Remember Gaddafi? Hillary Clinton Shamed for Libya Intervention as She Schools EU on Migrant Crisis
Also, we see differences between various policies in different [European] countries. Some countries are able to integrate migrants, to find them jobs and to make them into a resource, while some countries are not.

And the need for legal ways to enter Europe is essential. What we see today, also in the public perception, is that people see migration as an unmanaged problem, because people can arrive in Europe only by illegal means. Once they get there, they can ask for asylum, and we have to see whether they have the right to be treated as refugees or not. What we need is to process those demands beforehand, and to create legal and secure ways to get into Europe for those who have the right – for refugees and asylum protection.

© AP Photo / Luca Bruno
Pink Floyd Legend Roger Waters Urges Ecuador Not to Give Assange Up to US 'Evil Empire' (VIDEO)
Sputnik: Some immigration experts are saying that Clinton seems to be trying to appease right-wing leaders in Europe. Why would she be doing this? What does she stand to gain from this, in your view?

Roberto Castaldi: On the one hand, many people in the West are afraid of right-wing extremists and think that the best way to cope with them is to get closer to their positions to appease the voters. I don't think this is the case. What we've seen so far is that when there was a strong leader willing and able to take on the challenge, he or she won. That was the case with Macron. Traditional mainstream parties have tried to depict themselves as closer to the position of the right-wing. The result has been that the electorate did not increase their votes, but decreased them. That was the case for instance in Bavaria with the Christian Social Union, or in Germany with the Christian Democratic Union.

Sputnik: Many are critical of Clinton even touching on the topic of immigration, saying they remember 2011 when Clinton was a very vocal defender of the Libyan military intervention. Many believe that this is one of the reasons we had the refugee crisis in Europe in the first place. Do you agree with this?

© AFP 2020 / JIM BOURG / POOL
Trump Sought DoJ Prosecution of Hillary Clinton, Ex-FBI Chief - Reports
Roberto Castaldi: Absolutely, but that was not only Clinton's fault because France and the UK were at the forefront of the intervention in Libya. And the [consequences] of these were paid mainly by Italy and Greece. The problem is that we have not been able to cope with the consequences not just of the Libyan intervention, but of the fact that all of the Middle East and North Africa is in turmoil. We have a very difficult situation on the ground in many countries, and this is ultimately due to the shift in the American strategic focus in the last 15 years.

Sputnik: How were these statements by Clinton taken by the media in Europe?

Roberto Castaldi: In some countries, they were taken up in a very significant way. In some others, they weren't. But overall I think they are not the main issue today in Europe, [partly] because Clinton is no longer in a position to set the tone or the political debate either in the US or in Europe.

Dr. Roberto Castaldi is the research director of the International Centre for European and Global Governance in Pisa, Italy, and the director of the Research Centre on Multi-Level Integration and Governance Processes at eCampus University. The views expressed by D.r Castaldi are those of the speaker and do not necessarily reflect those of Sputnik.

House Republicans to Have Hearing on Hillary Clinton's Foundation Investigation