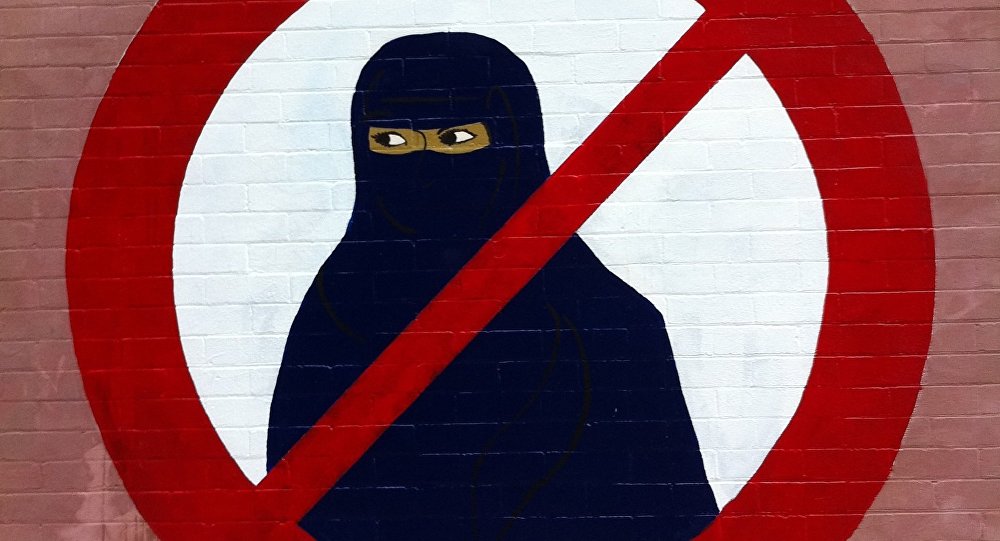 The UN Human Rights Committee has demanded that France review its law banning the burqa, claiming that it violates human rights. Christine Douglass Williams, a human rights activist and former director of the Canadian Race Relations Foundation, explained to Sputnik why such demands pose a danger.

Christine Williams said in an interview with Sputnik that the UN is exceeding its mandate with demands that France's burqa ban be lifted. According to her, such laws have been adopted by over a dozen states, not only Western ones, out of security concerns. She added that these countries have the right to ignore the UN ruling if the ban is a matter of national security.

Williams also recalled that the burqa issue is of crucial concern to the Organization of Islamic Cooperation (OIC), which withdrew from the UN Declaration of Human Rights in 1990, creating its own human rights declaration based on Sharia. She believes that the UN is playing into the OIC's hands by trying to repeal the burqa ban in France.

"The OIC has made no secret of its interests to impose its Shariah imperatives globally, which includes the inferiority of women who must be covered in accordance with Quran 24:31 and 33:59. Five years ago, under Secretary-General Ban Ki-moon, the UNSC openly encouraged the active contribution of the Organization of Islamic Cooperation, so it is apparent now that the UNSC is doing OIC bidding," she said.

Line Between Religion and Laws

The human rights activist admitted that drawing a line between one's religion and the laws of the country where a person lives is a challenge for modern democracies. She noted that certain loopholes could be found under the pretext of freedom of religion.

"One must also take into consideration the concept of ‘choice' as a guideline. With specific regards to the burqa, it is a common understanding that victims of abuse have little to no choice. Abuse victims are stripped of free choice, movement, and punished for ‘disobedience' and perceived rebellion," she said.

She further questioned how the burqa could be a choice if its use is mandatory in Islam and not wearing it is punishable by imprisonment, lashings or even death.  Williams noted that an "incalculable number of women" have suffered abuse for their decision to stop wearing full-body veils.

"When migrating to democratic countries which enshrine equality between genders, this norm is not necessarily abandoned, particularly if impinging Muslim community pressure is present. The funding of mosques throughout the West by the Saudis, and now even by Turkey, enables the proliferation of Wahhabi/Salafi ideology which mandates the covering of women," she added.

"Us" vs "Them" Narrative in Human Rights Struggle

Williams told Sputnik that the global struggle for human rights today could be described as "dispiriting." She explained that it's plagued with an "us-versus-them narrative," where "us" are "Western white people and Jews" and "them" are everyone else, including Muslims and blacks.

"When one thinks of human rights, one should simultaneously think of equality of value between races, genders and equal rights to practice religious beliefs. The key word is ‘equal', not special privileges and supremacist entitlements that harm the whole. Why are human rights violations tolerated from some like: female inferiority, female genital mutilation, child brides, forced marriage, murdering gays, persecuting religious minorities?" she wondered.

Williams further stated that the main threat to states and their citizens comes from leaders who encourage immigrants refusing to assimilate and instead try to impose their own "rules" on their host societies. She pointed out that some of those "rules" promote inequality, intolerance and oppression in democratic societies.

"Many governments have cowered and prioritized their own fear of being called ‘racist', ‘Islamophobic', and ‘xenophobic' over the security and freedoms of their people," she concluded.

Confusion as Swedish Right-Wing Leader 'Backs Away' From Burqa Ban