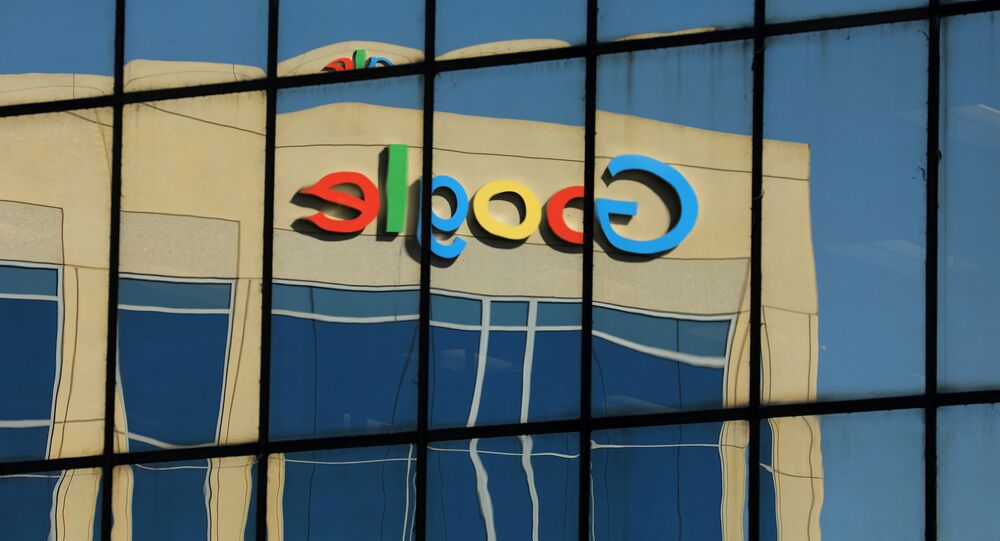 The Wall Street Journal reported, citing leaked company emails, that Google employees had looked into altering search results to counter what they saw as 'Islamophobia' and 'prejudice'.

However, according to the company, none of the suggestions were implemented and they have never manipulated their search results or modified any of the products to promote a particular political ideology.

Radio Sputnik talked about the issue with Dr. Robert Epstein, a senior research psychologist at the American Institute for Behavioral Research and Technology, who wrote a groundbreaking paper about the Search Engine Manipulation Effect, which was published in the Proceedings of the National Academy of Sciences of the United States of America.

© AP Photo / Sang Tan
UK Cabinet to Look at Sky News Call for Party Leaders' Election Debates
Sputnik: What's your take on the report that stated that Google employees might have been influencing the search? Do you think this was actually the case or is this just a fabrication?

Robert Epstein: I'm quite sure that it was the case. I've been aware for a long time that employees and executives at Google are very deliberate, methodical and strategic about altering their search rankings in ways that are safe for the company. Just last year the EU fined Google €2.4 billion specifically for having search results that were biased in favor of Google's comparative shopping service.

There's simply no question that this is done regularly at the company, and I believe that that leak that we saw a few days ago gave us an accurate indication of what they do.

Sputnik: I can understand Google having some type of company manipulation, although they should be neutral. There's been some news recently about some of their executives bemoaning the fact that Donald Trump came to power; they were giving speeches about how sad they were that the Democratic Party hadn't come to power. Have you got any suggestions or personal feelings regarding their intolerance towards particular opposing political bullies?

© REUTERS / Johan Nilsson/TT News Agency
Report on 'Europe's Worst Border Controls' 'Hushed Up' Before Sweden's Election
Robert Epstein: I think that there's an enormous problem here because my own very extensive research shows that when one candidate or cause or product is favored in search results, it shifts thinking, behavior and votes quite dramatically. This is quite a serious problem and it needs to be addressed very aggressively by government authorities, not just in the United States but, probably, around the world.

Sputnik: What consequences can such accidents from the tech giant have on freedom of speech online? As you've alluded, it's an overall question that's being asked for the last twelve months and there's a regulation of these tech giants, but it's a very difficult thing to police moving forward, isn't it?

Robert Epstein: Not really. First of all, just to give you an idea how powerful these manipulations are, by favoring one candidate in search results, you can easily shift 20 percent of undecided voters, and up to 80 percent of undecided voters in some demographic groups, with no one knowing they were being manipulated. That's how powerful these manipulations are; they're completely invisible to people and they are among the most powerful manipulations that we'd ever discovered in the behavioral sciences.

© CC0
Swedish Social Democrats Reportedly Targeted Migrant Areas With 700,000 SMS on Election Day
Action must be taken; this is not optional. And there is the way to verify what it is that they're doing. The Washington Post reported last year about my monitoring system that I developed in 2016 to monitor bias in search results prior to the 2016 US presidential elections. We found extensive bias in all ten search positions on the first page of search results in Google, all favoring Hillary Clinton. Given the power that biased search results have to shift thinking, behavior and votes, this is a very serious matter.

Sputnik: The US Attorney General is supposed to meet with state attorneys to discuss concerns about an anti-Conservative bias by the tech industry; how serious is the issue?

Robert Epstein: It is serious but I am not so concerned about the anti-Conservative bias. I'm concerned with a much bigger question, which is who gave Google this kind of power to decide what we should see, what order should we see it in, and what we shouldn't see; in other words what should be censored or suppressed. Who gave them this power is a bigger question.

© REUTERS / TT News Agency/Henrik Montgomery
Swedish Opposition Leader Suggests Government Should Resign Following Election
They might be suppressing Conservative content today, but tomorrow they might be suppressing Liberal content; it doesn't matter. They shouldn't have this kind of power because this power shifts thinking and votes around the world. I've estimated that about 25 percent of the national elections around the world are now being determined by Google.

Sputnik: It's very interesting, surprising and shocking to a degree; what measures can be implemented to resolve this issue? Do you have a prognosis?

Robert Epstein: I'm working with business partners and academics on three continents now to build monitoring systems that will actually be able to detect what Google and other tech companies like Facebook are actually showing people. They will actually be able to detect on a very large scale whether there is bias or favoritism, whether there are manipulations, and we'll be able to gather a massive amount of data to document this as it is occurring.

At the moment, those monitoring systems don't exist, I built a small one in 2016 but as I said I'm working with people now in various parts of the world to build large monitoring systems. Those systems will make these companies accountable to the public now and in the future and for many years to come.

The views expressed in this article are solely those of Dr. Robert Epstein and do not necessarily reflect the official position of Sputnik.