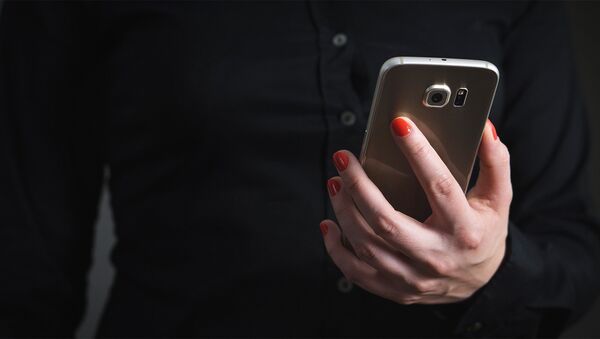 Despite a "mobilization campaign" involving a mass-texting to foreign-born voters that led to spam accusations, the Social Democrats had their worst-ever election, with results unseen for over a century.

The Social Democrats, Sweden's largest party, which reigned supreme in the legislature for most of 20th century, is reported to have sent unsolicited SMS ads to some 700,000 inhabitants in what the party referred to as "mobilization areas" on election day, September 9, the daily newspaper Dagens Nyheter reported.

"The mailing reached nearly 700,000 people. And we have directed them to areas we call mobilization areas, where we think many people may vote for Social Democrats. Yesterday we met another 150,000 people in an eye-to-eye conversation, including those from this group," Johan Öhrn, responsible for Social Democrats' meeting campaign, said.

"Today is the election day. Vote for the Social Democrats — for a safer Sweden with more time with the family. Bring your ID," the mailing, which made some voters angry, said.

Personal data was purchased from the company Bisnode in order to reach out to a broader public. The so-called "mobilization areas" are characterized by a low voter participation, and strong support for the Social Democrats, a combination most often witnessed in immigrant areas, which several Swedish news outlets, such as Fria Tider and Nya Dagbladet pointed out.

The immigrant-dominated areas' overwhelming support for the Social Democrats, who are significantly more generous with benefits compared with center-right or right-wing parties, has been noted, among others, by Svenska Dagbladet columnist Ivar Arpi. In a piece analyzing the Social Democrats' exceptional performance, up to 70 percent of the vote, in what the police call "particularly vulnerable areas," Arpi acerbically renamed them "particularly Social Democrat areas." An earlier opinion poll indicated a convincing victory of a Social-Democrat driven "red-green" coalition would have with 53.6 of the vote, if only the votes of foreign-born Swedes were counted.

Despite the marketing move, the Social Democrats experienced their worst-ever election, gaining only 28.4 percent of the vote (their previous nadir was 28.5 percent in 1911, more than a century ago). In previous decades, it was not uncommon for the Social Democrats to win elections solo, without having to resort to coalition-building.

According to Sweden's Marketing Act, companies are banned from sending SMS advertising without prior approval. Political parties, however, may circumvent the ban, a tactic also employed by the Left party, whose mailing "only" included some 37,000 people, the tabloid daily Expressen reported.

Other parties, such as the Moderates, said they neither employed this tactic this year, nor during the previous election 2016. By contrast, the Green Party admitted to mailing only the party members.