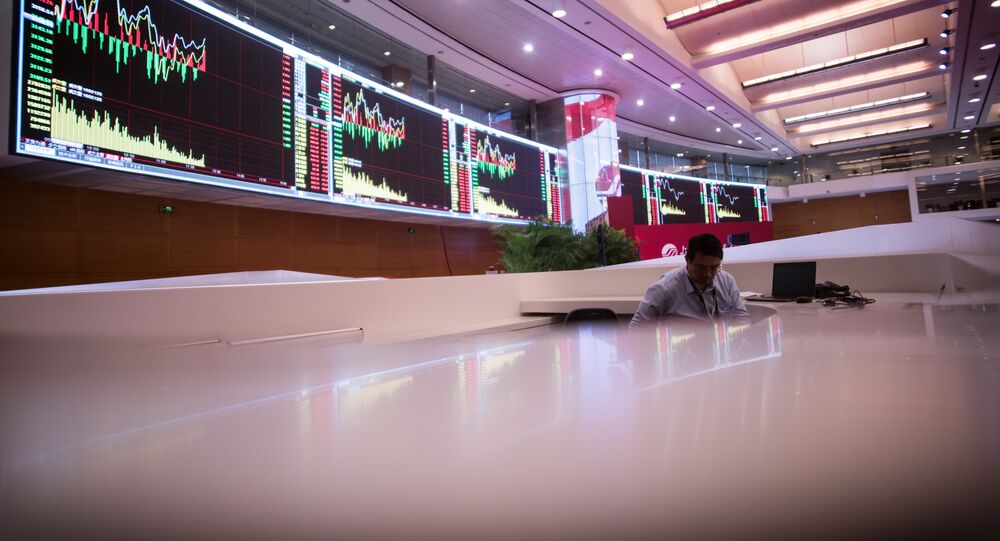 The US continues to sanction other countries’ economies, a senior Chinese university scholar told Sputnik Friday, because its own economic growth has stalled. But countries like Russia and China, which know struggle and hardship, can easily outlast the Trump administration, he said.

On Thursday, the US State Department announced new sanctions against China's military for purchasing Su-35 fighter jets and S-400 surface-to-air missile systems from Russia in recent years, in violation of US sanctions against Moscow for alleged election interference.

Sputnik reported Thursday that the measures targeted China's Equipment Development Department, the military branch responsible for weapons and equipment, and its director, Li Shangfu, for engaging in "significant transactions" with Rosoboronexport, Russia's main arms exporter. A US Treasury Department official said the sanctions were aimed at "imposing costs on Russia in response to its malign activities."

John Ross, senior fellow at Chongyang Institute, Renmin University of China, told Radio Sputnik's Loud & Clear Friday that China and Russia are not going to accept these sanctions, which aim to keep them poor, and that the US' reckless sanctioning of countries is "a struggle that, frankly, over the long term it can't win."

Ross told hosts John Kiriakou and Walter Smolarek that the Trump administration believes it has "the right to control the situation in every country in the world. It's now attempting to intervene directly on military matters, questions of defense, economic policy — it seems to assume that the world is no longer run according to relations between independent and sovereign states, it's run according to the dictates of the United States."

The risk being run at this point is the US sanctioning its allies, a threat already made against countries trading with Iran after the imposition of new US sanctions last month. Numerous US allies in Europe and around the world have flouted the US Treasury's attempts to direct their trade policies and announced their intention to continue doing business with Iran and in Iran, Sputnik has reported.

Ross said there's no upside to the US policy. "This is the whole point."

"All the stuff about that the US economy is growing very strongly, etc, under Trump is a complete myth. Let's not beat about the bush: it's a straightforward lie. The reality is that the US growth under Trump, the peak US growth, is the slowest for any president since World War II."

© AP Photo / Mary Altaffer
Through a Glass Darkly: US Economic ‘Boom’ Only a Numbers Game - Report

"The US is incapable of speeding up its economic growth," Ross noted. "The only thing that the US can attempt to do is to slow down other economies."

"But this is going to have totally explosive consequences," Ross said, noting the enormous populations in India and China against whom the US is pitting itself. "This is a struggle that, frankly, over the long term it can't win."

Noting the history of Russia and China, particularly their appalling losses amid struggle with foreign enemies in the 20th century, and positing American ignorance of that subject, he said Russia and China are "not going to be put off" by US economic sanctions. Ross said the citizens of those countries are irate because they know the US wants to keep them poor.

Noting that due to rising prices in the US and other causes of anger, Trump "may well not be around after 2020," Ross mused that he "may not make it to 2020." Nobody in the US agrees with his tariff and sanctions policies, Ross said, not even the US Congress.

Ross brought up the recent Vostok 2018 exercises, which concluded on September 17 and in which Russia and China cooperated militarily, saying that the US "would be very sensible to be worried" about that cooperation. "The Chinese and Russian militaries together is the most formidable obstacle you could possibly imagine to US military power."

According to Russian Defense Minister Sergei Shoigu, Vostok 2018 was the largest military exercise held in the country in over 30 years, with up to 300,000 troops, 36,000 vehicles, 1,000 aircraft and 80 warships involved in the drills. Forces from the Mongolian and Chinese armies also participated, although not in the enormous numbers of the Russian military.

International affairs and security analyst Mark Sleboda told Radio Sputnik last month that "Russia and China don't see each other, anymore, as a strategic nuclear threat," and that "they foresee that any strategic nuclear conflict that embroils one would, naturally, involve both."