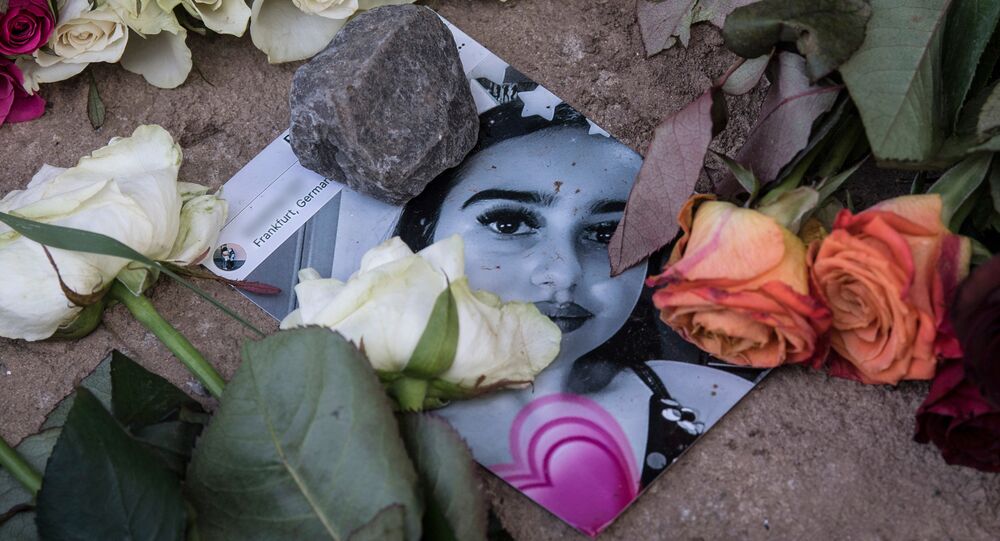 The case of 14-year-old Susanna, as well as the murders of other young girls in Germany, has stirred outrage and indignation across the country. Radio Sputnik discussed the security situation in Germany with the head of the German police union (DPolG), Rainer Wendt, and member of the union of police (GdP), Jörg Radek.

"The anger comes from the fact that people can't understand that these crimes are committed by people who don't even belong in our country. That is, they should have never been allowed in and they have no right to be here," the police officer argued.

"What will become of our country, if it is tolerated that people come here, commit terrible crimes and then are still left running around freely, obviously ready to attack again at any time," Wendt wrote, adding that the perpetrators "must burn in hell."

At the same time, another police representative, Jörg Radek, argues that one can't draw direct parallels between homicide and rape offenses on the one hand, and an increased immigration, on the other.

The officer referred to a report titled "Federal Situation With Crimes in the Context of Immigration 2017," published in May this year.

"With regard to the situation, we cannot say that there is any particularly striking information. There is some peculiarity. But this has to do with the fact that now there are more people living in the country in general. And where more people live, there is an automatic increase in crime. Not necessarily between foreigners and locals, but also just among foreigners," Radek said.

However, Rainer Wendt disagrees. According to him, the security situation in some areas has changed for the worse. Although the overall number of registered offenses has dropped, "it says nothing about objective security situation in these areas, especially with violent crime," he argued, adding that violent crimes had seen a particular increase, including in so-called "knife attacks."

Rainer Wendt and his union "explicitly" welcome the plans of the Federal Minister of the Interior Horst Seehofer to establish so-called anchor centers. These centers are supposed to ensure that individuals are properly identified and registered while a decision on their asylum application is made. Only then should they be distributed to the communities or returned back to their home countries.

"We also welcome better protection of our national borders, that will ensure that those people who do not have the right to enter our country do not come here," the official stressed.

In his turn, Jörg Radek believes that anchor centers would create the potential for aggression. "If you place a lot of people in a small space, you will prompt aggression. We've already seen it in reception facilities," Radek stated.

Murders of Girls in Germany

A 14-year-old girl, Susanna F., from Mainz, was been reported missing on May 22. As it later turned out, she had been raped and murdered by 20-year-old Iraqi refugee Ali Bashar, who then fled to his home country after the crime, but was arrested in northern Iraq at the request of German police.

Ali Bashar arrived in Germany in 2015, at the height of the inflow of refugees and other migrants from North Africa and the Middle East. He was in the process of appealing the rejection of his asylum application. Police have said that he is suspected in a string of previous offenses.

© AP Photo / Markus Schreiber
'A Young Life Cut Short': Jewish Girl's Murder in Germany Fuels Anti-Migrant Sentiment
Similar brutal attacks on young girls have taken place in Germany in the past. Susanna's murder occurred just six months after a 15-year-old girl, Mia, was reportedly stabbed to death by an Afghan refugee in the city of Kandel. He reportedly attacked her after she broke up with him. This triggered outrage across Germany and stirred debates over tightening the country's migration control and refugee policy.

In October 2016 medical student Maria Ladenburger was raped and murdered by a refugee from Afghanistan, who also applied for asylum in Germany. The assailant, Hussein Khavari received a life sentence in March 2018.