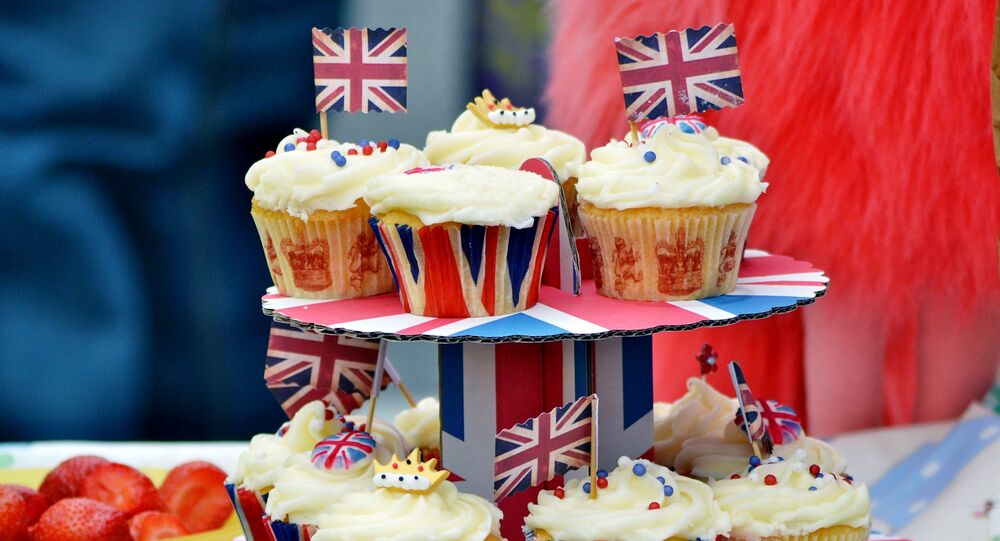 'Eating All 3 Cakes': UK's EU Customs Union Mess and Why Turkey Setup is a No Go

Following the UK government's fresh defeat in the House of Lords on April 8 on an amendment to allow British membership of a variety of EU agencies after Brexit and the recent comment by the PM Theresa May's spokesperson that Britain will be leaving the EU customs union in 2020, the UK's future in free trade is as uncertain as ever.

The only large country which has a customs union with the EU, but which is not an EU member state is Turkey. According to a British MP, Turkey's customs union is "almost unbelievably asymmetrical" and not a fit option for Britain.

Sputnik spoke to Dr. Ozlem Onaran, Professor of Economics, Director of Greenwich Political Economy Research Centre, and discussed the shortcomings of the Turkey-style customs union with the EU and the potential scenarios for Britain.

Sputnik: Earlier on Tuesday it has been reported that Mrs. May said Britain would be departing from the customs union with the EU in 2020.

Dr. Ozlem Onaran: Theresa May will face a serious challenge when the vote comes to the Parliament, from within her own party, as well as Labour. I don't see how this position will be consistent with avoiding a hard border between the Republic of Ireland and Northern Ireland. The EU negotiators will not object to the decision but they will say it has consequences.

Whatever Theresa May says to calm down her hard-core Brexiteers in her cabinet — this discussion is not concluded. We will see how negotiators respond. There will iterations in the Cabinet in response as well. This will put Theresa May in a difficult position that she draws a hard line that she can't hold.

Sputnik: Could a customs union between Turkey and the EU be a potential path for the UK?

The second shortcoming is that it is not very comprehensive in terms of the conditions attached to the trade agreement with Turkey that mean there is always a slow-down of the flow goods between Turkey and EU. If you go to Edirne, a border town of Turkey and Bulgaria, you would find lorries queuing up for checks and paperwork as thick as an encyclopaedia in terms of what is being transported. For the UK and its car market trade this is a concern.

Third, Turkey has to allow access to its goods market to third countries, when the EU signs a trade agreement with a third country outside of the customs union. However, there is no guarantee Turkey have reciprocal access to those third countries. Obviously, for the UK — particularly with the idea of taking back control — this is a deficiency. Any customs union for the UK has to seek going beyond these three shortcomings. It would probably mean the UK will demand in return certain conditions, so it is a tall order.

READ MORE: Discord in the House of May: Tory MPs Clash Over UK's Future in EU Customs Union

Sputnik: Financial services contributed more than a quarter of the UK's services exports to the EU in 2016. However under the Turkey-style agreement, services are not covered by their customs union with the EU. How would it affect Britain?

Dr. Ozlem Onaran: A trade deal that powers services is not on the shelf and is also not the Canada free trade agreement model. Anything that includes services comes a lot closer to seeking to be a member of the European Economic Area (EEA), just as Norway is. Norway is not in the customs union but is a member of the single market via membership of the EEA.

Sputnik: To your knowledge and experience what would be the way forward for Britain?

This is if you like the Brexiteer Cabinet ministers' position — Canada free trade deal + + +, where they think of different regulatory alignments in different sectors. This is what Donald Tusk has dubbed as "totally implausible," trying to have three cakes and eat all three of them. The EU are not going to let the cherry-picking happen.

A customs union can refer to a deal that would include goods and agricultural goods. It can be more comprehensive but then it requires more regulatory alignment with the EU regulations. The issue from the European perspective is that Britain will not have a say or a veto right in these regulations but only can hope to be heard or be at the table when the regulations are discussed. The UK may wish to have more of a say over the new trade agreements and access to third party markets.

The views and opinions expressed by Dr. Ozlem Onaran are those of the speaker and do not necessarily reflect those of Sputnik.