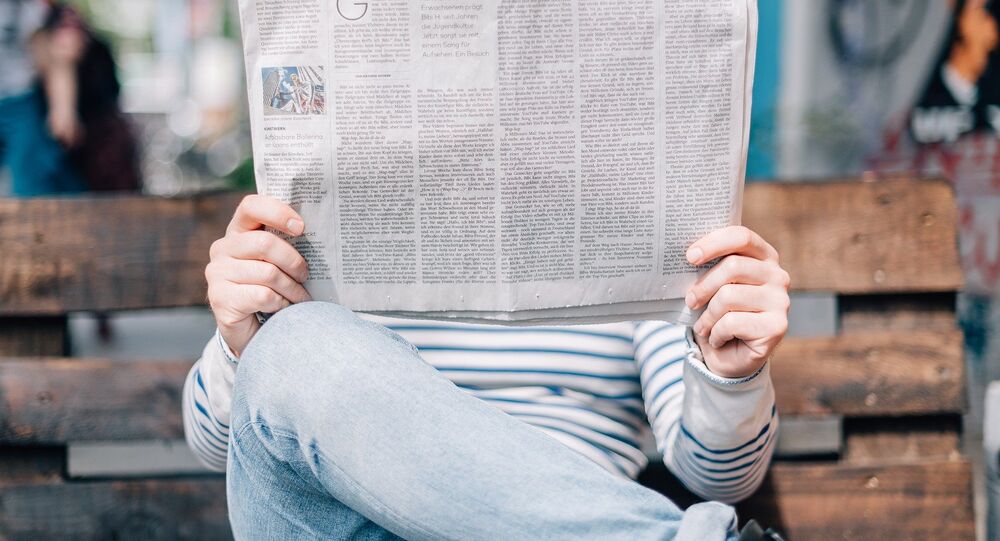 Tara McCormack: I was pretty shocked, really, because what we have here is a major British newspaper, of the establishment really, after the extraordinary attack on a number of academics, who are raising entirely legitimate questions about Western foreign policy. But more importantly, the way in which the media present Western foreign policy.

It is an absolutely extraordinary thing and what I find scandalous is the Times' extraordinary attempt to shut down legitimate debate and discussion. This is a major scandal.

Sputnik: Where do you think this is coming from?

Tara McCormack: One of the things that have been really notable about Britain's role in the air strikes on Syria is that actually the majority of British people don't support it. What we are really seeing as well, is that questions which are framed in the Times and in some other media outlets has been beyond the pale and treasonous and the asking of a legitimate question is the spread of fact […] propaganda nonsense that the Times printed.

There is no evidence that it was simply a kind of series of slurs and guilt by association. It was ludicrous, as a piece of journalism it was a disgrace.

So, I think it's quite an interesting thing going on as well whereby, what to the average person, when faced with the actual question of how do we know this? Should we rely on social media videos, for example, which would be my question for the groups such as the White Helmets. Knowing what we know about Western funding of radical Islamist jihadi groups and plus that White Helmets and other groups do receive money from Britain and France and America. Is this solid evidence? To the average person it's straight forward. So it is actually you have different discussions going on amongst the political class and the kind of media and actually what the average person thinks.

Sputnik: Where all this going to go, where is it leading to?

Tara McCormack: You do see across the developed world that people turn to alternative media sources. Some of this is good because we can have a lot of information and discussion and people who wouldn't normally get their voice heard in the standard media. You know, some of it's a bit batty, you know Alex Jones and Infowars springs to mind. Fundamentally the government and the media are doing is they are helping to destroy any kind of democratic consensus and any kind of relationship between the citizens and the state by not actually presenting a reasoned case.

One only has to look on Twitter. The amounts of people who are kind of saying "oh, this is all nonsense, this is all propaganda." Basically, the government are really shooting themselves in the foot. I think we have seen that in America as well, with a massive turn away from mainstream media.