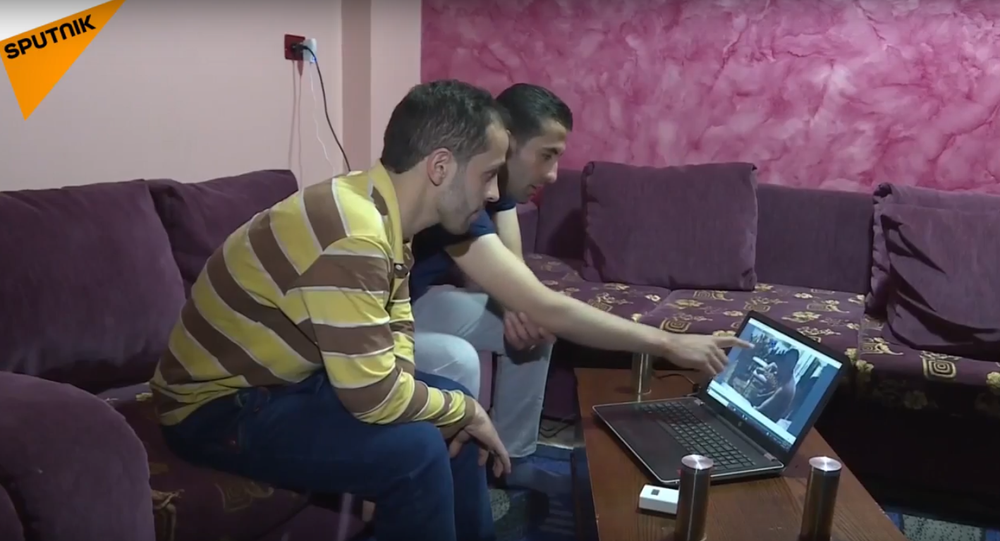 Amid Western powers' planning for a military response to an alleged chemical attack by the Syrian Army in Douma, Eastern Ghouta, the Russian Defense Ministry has released a video interview of two young men who were on the ground at a local hospital where opposition media claimed victims of a 'chemical attack' were being treated.

The men, whose faces could be seen in a video spread by opposition media regarding the alleged April 7 Douma chemical attack, said that panic at the hospital began after an unknown individual began shouting about a chemical attack as the victims of a residential building which had been hit by a bomb were being brought in for treatment.

​The men, including Khalil Azizah, an ambulance driver at Douma Central Hospital, and another eyewitness, whose name was not revealed, said that the bombing victims were suffering from smoke inhalation.

The witnesses said they were busy working to save the bombing victims, and did not notice that they were being filmed.

"We were working and did not pay attention to who was filming us," the first eyewitness said. "They were filming us, and then a man came in and started screaming that this was a chemical attack…People got scared and started spraying each other with water and using inhalers. Doctors told us that there was no chemical poisoning."

It was not reported who was responsible for the bombing of the residential building.

Reports of an alleged chemical attack in Douma, Eastern Syria emerged Saturday in Syrian opposition media, and were quickly picked up by the US and its British and French allies, who immediately blamed the Syrian government for the attack and announced possible military strikes in response. Damascus refuted the claims, recalling that its chemical stockpiles had been eliminated under Organization for the Prohibition of Chemical Weapons control. Moscow has called for a thorough investigation into the alleged attack before conclusions were made and guilt doled out.