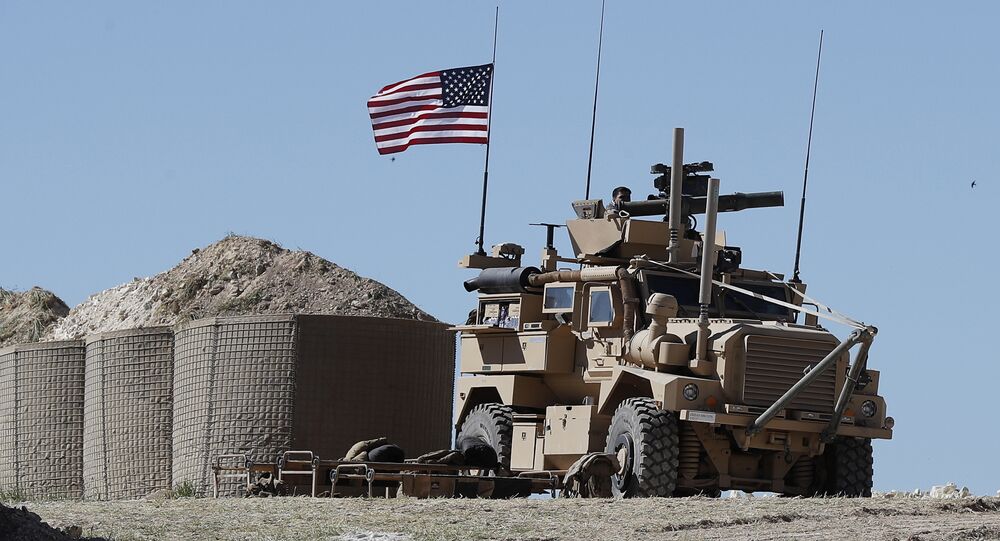 WASHINGTON (Sputnik) - The US government, establishment think tanks, and intelligence agencies are preparing the way for airstrikes against Syria with a campaign of information warfare, former US Army officer and historian Todd Pierce told Sputnik.

The United States and many of its allies have blamed the Syrian government for an alleged chemical attack in Syria’s Duma over the weekend. Earlier on Wednesday, Trump in a Twitter post warned Russia to "get ready" because US missiles would be headed towards Syria.

"I just know this is madness, which is endemic in the US with both the government and the non-government 'information war militia,'" Pierce said on Wednesday.

Pierce said the messages from politicians and Washington thinks tanks must be understood as preparing US public opinion in advance to rationalize attacks on Syria and a possible clash with Russia.

US think tanks, usually financed either directly by government institutions or by major corporations in the military-industrial complex, functioned as parts of sophisticated plans to justify new wars by waves of so-called "experts," Pierce explained.

"These so-called 'think tanks,' act as 'unlawful combatants' in that they’re conducting psychological operations against both foreign nations and the US itself in 'conditioning the battlefield' for war, in the Rand Corporation’s language," he said.

© AP Photo / Fabrizio Bensch/Pool
'Judge, Jury and Executioner in Syria': US Relies on False Info - Journalist
The same think tanks and their spokesmen had performed the same task repeatedly in the past in demonizing the peoples and governments of such countries as Libya, Iraq and Iran, as preparation before attacking them, just as they were doing to Russia and Syria today, Pierce said.

On Wednesday, the Russian Foreign Ministry said Moscow welcomes the decision by the Organization for the Prohibition of Chemical Weapons (OPCW) to send its experts to the site of the alleged chemical attack in the Syrian settlement of Douma. On Tuesday, the United States and Russia presented separate draft resolutions at the UN Security Council on investigating the alleged chemical attack, however both resolutions were vetoed.

'Judge, Jury and Executioner in Syria': US Relies on False Info - Journalist