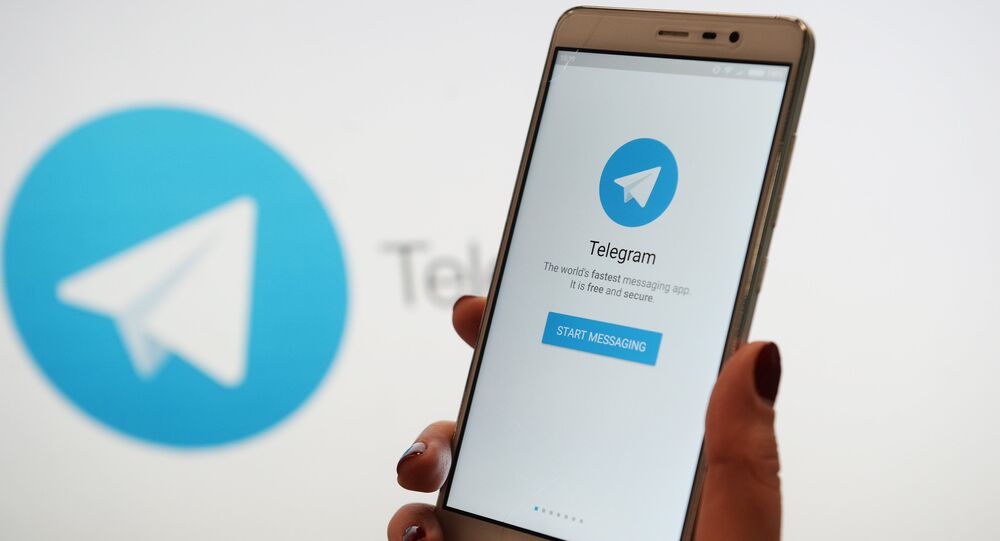 Alaeddin Boroujerdi, the chairman of Iran’s National Security and Foreign Affairs Committee, stated that in a few weeks the country is going to launch a new domestic messenger to replace Telegram.

Boroujerdi emphasized that a decision was made at the highest levels, and Telegram would be replaced by a domestic app. He said that, considering the app's role during last year's protests, the decision was made "in the interest of national security" and Telegram would be banned by the end of Farvardin (the first month of the Solar Hijri calendar, the official calendar of Iran. Farvardin begins on March 21 and ends on April 20 of the Gregorian calendar).

As an alternative to Telegram, Boroujerdi presented a national messenger, namely Soroush. It stands to mention that more than 40 million Iranians use Telegram.

Considering that Telegram's MAU (monthly active users) in February was 200 million people then Iranians account for almost one-fifth of the total number of users.

Iranian experts interviewed by Sputnik are sure that such measures are counterproductive and to make the Iranians instantly switch to the domestic messenger would be impossible for various reasons.

Mohammad Azali, the co-founder of Techrasa, a large Iranian startup, believes there won't be an instant cutoff as Iranian messengers lack Telegram's convenient service. However, according to him, the government's concerns aren't groundless:

"There're two aspects worth special attention. The first one is that the domestic messenger's technical capacities fully meet the demands of more than 40 million Iranian users. Now we can certainly say it's impossible. Our domestic messengers don't have such fat servers to reach [such a] vast audience. Normally, domestic messengers have an audience of 100,000 to 203 million users. Iranian messengers haven't had such an experience so they need time to absorb the technology. Initially there may be server malfunctions. It's impossible to create such a platform overnight," he said.

© Sputnik / Kirill Kallinikov
Telegram Founder to Attract $1,7 Billion During Second Presale, Promises Refunds
According to him, "It's safe to say that, having 40 million Iranian users, Telegram is a dominant messenger. There have been almost no strong competitors to it. The government's of creating and enhancing Iranian software and messaging apps isn't about blocking access to Telegram, but it's the elimination of monopolies. Soroush app is one of the possible alternatives."

At the same time, the second aspect that's worth mentioning is the users' trust, he added, saying, "Unfortunately, the Iranian users' level of confidence in the domestic apps isn't that high these days. This issue has even drawn ridicule from some TV programs. The users prefer their personal information to be confident and non-accessible to third parties. Telegram has these encryption keys for Personal Data Protection."

He voiced belief that it's impossible to make Iranian Telegram users switch to any other messaging app.

"Some years ago, there was high use of Viber in Iran. The number of Iranian Viber users was about 10 million people. But when one of the personal data protection servers had been hacked and as a result of some fraudulent acts the users lost credit to that messenger and started searching for an alternative," he recalled.

According to him, the Iranian government is also concerned with the upcoming launch of Gram, a new cryptocurrency available for use inside the Telegram app.

"The concern is that there could be capital outflow through this app. People would invest money, there could be a glitch or anything like that but there would be nothing the government could do to prevent or solve the issue," he said.

Moreover, he cited President Hassan Rouhani as saying that lots of Iranians (more than 200,000 people) are operating businesses operating via Telegram.

"In that context the Iran's High Council for Cyberspace was created. The messengers need to have a domestic platform for this center to fully control cyberspace.

Entrepreneurs and businessmen use Telegram as a reliable platform for promoting their goods. It's important for the government that every trading platform operates according to Iranian laws. Telegram isn't going to change its policy for Iran as it's targeted on the international market."

In addition to this, the secretary of Iran's High Council for Cyberspace said that with the launch of its cryptocurrency Telegram could be a threat.

"In 10 years after Gram's launch, Iran can lose $50 billion. That would really undermine the country's economy. Another reason for the government's hard line against Telegram is that Telegram allegedly refused to set up an office in Iran," the expert noted.

Emad Abshenas, the editor-in-chief of the Iran Daily newspaper, the chairman of NGO International and the leader of the Iranian Reporters Without Borders group, has also voiced skepticism regarding the tough measures taken by the Iranian government vis-à-vis Telegram.

"The problem of all messengers, including Telegram, is that they sometimes pose a threat to the national security. Here we speak not only of Iran. There have been lots of times when certain circles were using social networks and messaging apps to get data and posed a threat to national security."

According to Emad Abshenas, "It's wrong to think that a law can make a huge number of people use another messenger…. We don't have such a platform or a messenger to fully meet all the Iranian users' demands and have credibility."

"A while ago Viber was very popular in Iran. Then came Telegram which offered better service, more opportunities and could attract that many Iranian people. However, that process of transition to Telegram was on a voluntary basis only without any forcing with laws and orders."

© Sputnik / Kirill Kallinikov
Kaspersky Lab: Hackers Used Telegram Vulnerability to Deliver Mining Bots to PCs
He said that currently, at least 40 million Iranians use Telegram and questioned that "all these people will switch to another app in an instant. Even if Telegram is banned as it happened before its fans would use proxy servers or VPN."

"Iranian officials heavily use such social networks like Twitter and Facebook. It's very common. These networks are censored and some of them are even banned. There's no need and benefit in urging people to use interlock bypass tools. All these tools do more harm to devices and the users' personal information — they open the door for our enemies to steal confidential data," he said, adding that he doesn't believe that Telegram would be be blocked in two weeks in the country.

"One of Telegram's selling points is its reliability and security. That's why it has so many Iranian users. We don't speak of the actions affecting national interests. It's just the human factor. Two people talk in private and they don't want anybody else to know about their personal relations. It's quite a common thing. So if the users realize a special program or a messenger bug is reading their private chats and it may go public, they wouldn't use such messengers," he said.

Commenting on the scandal, surrounding Cambridge Analytica and Facebook, he said, "Instantly a lot of users (about 50 million people) signed out of the network. Facebook lost people's credit. If there's any controlled platform it'll be hard to make people or bring them to use it as a Telegram alternative."