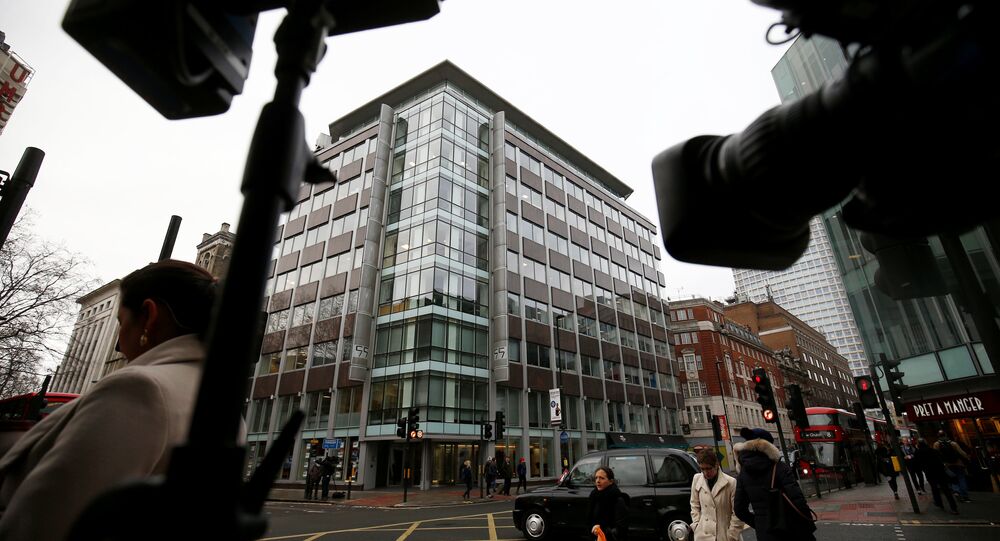 Although the Cambridge Analytica scandal, predicated on sharing Facebook users’ data with companies that then sell it to political campaigns, centers on US President Donald Trump’s presidential bid, the strategy was really pioneered by Democrat Barack Obama’s data-heavy 2012 campaign.

The Democrats used superior tactics with far more data points about voters than Cambridge Analytica ever claimed to have about American voters, one expert explained to Radio Sputnik's Loud & Clear, which shows that "on balance," the real story is that the Cambridge Analytica scandal had no impact on the election.

​Using Facebook data is not a strategy unique to one party or candidate. It's standard operating procedure for data-centric political campaigns in the United States.

The scandal, in brief, goes like this: A Cambridge University researcher paid hundreds of thousands of Facebook users to take a survey in 2014. The terms of the survey allowed the academic to accumulate Facebook users' profile data, including their friends lists. Cambridge Analytica, the company where ex-Trump strategist Stephen Bannon served as vice president from June 2014 to spring or summer 2016, purchased that dataset of information from 50 million Facebook users the same year.

The company has denied using the Facebook data to help Trump.

In December 2012, reporter Sasha Issenberg detailed how Obama's successful re-election bid relied on "big data to rally voters" in a report for the MIT Technology Review.

"After the voters returned Obama to office for a second term, his campaign became celebrated for its use of technology — much of it developed by an unusual team of coders and engineers — that redefined how individuals could use the Web, social media and smartphones to participate in the political process," Issenberg wrote.

Some innovations were innocuous. For instance, canvassers entered data they gathered directly through smartphone apps instead of having to walk to a campaign office. One of the tactics the campaign "redefined" was the creation of "targeted sharing" protocols, the author notes. "'Targeted sharing' protocols mined an Obama backer's Facebook network in search of friends the campaign wanted to register, mobilize or persuade," the report states.

According to one expert who researches how internet platforms influence voting behavior, it's extremely unlikely Cambridge Analytica's activities on Facebook impacted the outcome of the election more than Google's platform was exploited to support Democratic candidate Hillary Clinton.

Robert Epstein, a psychology researcher for the American Institute for Behavioral Research and Technology, has contended that Google's ability to manipulate political opinions through the search engine effect is a "means of mind control on a massive scale that there is no precedent for in human history."

"Cambridge Analytica's targeted ads are competitive with very similar targeted advertising campaigns. [They] probably, on balance, had no impact at all on the 2016 election in the US or on the Brexit vote," Epstein told Loud & Clear's Brian Becker and John Kiriakou on Tuesday.

"No impact, on balance, at all," Epstein said.

Pressed on why he was "extremely" confident in this assertion, Epstein explained that Clinton's team was just as capable of doing just as much with web analytics as CA, if not far more. "The Groundwork was set up by Eric Schmidt of Google as a high-tech firm comprised mainly of people who had been on Obama's tech teams in 2008 and 2012 — a high-tech firm to put Hillary Clinton into office using high tech."

"Here was this amazing team of techies that was doing all kinds of things — with, by the way, an unlimited budget. This was a brilliant scam on Schmidt's part to get around regulations, because if he had donated money to a super PAC, the super PAC couldn't have worked together with the Clinton campaign. With The Groundwork, there were no restrictions: they worked closely with the Clinton campaign doing every single digital shenanigan you could possibly do to shift votes to her."

Pixabay
Tip of The Iceberg: How Real is a Deep Tech Giant’s Intervention in US Election?

This is the part of the story Epstein said the news headlines haven't focused on.

Cambridge Analytica was founded by Robert Mercer — a billionaire GOP donor — his daughter Rebekah Mercer and Bannon in 2013 with about $15 million in funding. The company, headquartered in the United Kingdom, was staffed by mostly British employees.

A former CA staffer told the Guardian that attorneys warned about the legal violations this presented in 2014, specifically the ban on foreign nationals working on US elections. "Mercer's lawyer told a fairly stunned group meeting that it wasn't allowed… I'm not sure what, if anything, CA did to act on that knowledge," the ex-employee said.

"We were really speaking directly to the voters in a number of states," another former employee told the Guardian.

The company said in a statement that it "adheres to FEC regulations," referring to the US Federal Election Commission that enforces election rules.

Bloomberg View writer Leonid Bershidsky contends that the Cambridge Analytica-Trump scandal and prior efforts by the Obama campaign to use Facebook data for their election bids may be little more than a red herring.

If it is true that Facebook ads can help businesses by altering people's attitudes about purchasing decisions, as some academic studies suggest, "it's Facebook's own data collection and the tools it makes available to clients that should be the target of scrutiny and perhaps regulation, both from a privacy perspective and for the sake of political transparency," Bershidsky wrote.

MIT Top University in The World, followed by Cambridge and Imperial College London