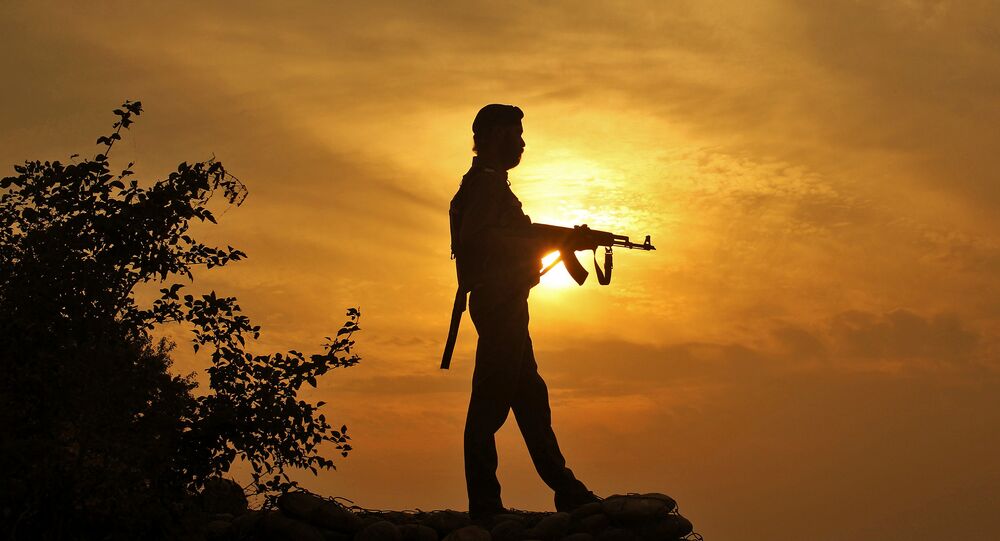 Following a claim by Daesh (ISIS) that it had carried out an attack on Indian police in Jammu and Kashmir, the state’s top cop has confirmed that the forces are currently verifying the presence of Daesh militants and they are well prepared to take on the challenge if necessary.

New Delhi (Sputnik) — On Monday, the A'maq, the publicity wing of Daesh wrote on its website that some of its operatives were active on the Indian side of the Kashmir Valley. The claims come close on the heels of the Indian Home Minister ruling out the possibility of the presence of ISIS on Indian soil.

We have lost another precious life when Constable Farooq Ahmad was martyred today in Srinagar. Be more careful boys, it’s the proxy war that we are fighting in Jammu & Kashmir.

​In an exclusive interview with Sputnik, the Director General of Police of Jammu and Kashmir, Shesh Paul Vaid said that there were indications of Daesh's presence in the Kashmir Valley and that an investigation is being conducted to ascertain their numbers.

Sputnik: Is ISIS (Daesh) present in the Kashmir Valley?

DGP S P Vaid: ISIS has claimed on their publicity website to be active in Kashmir, but it needs verification. But the initial indications do show that Daesh is present in the Kashmir Valley.

Sputnik: What could be their number?

DGP S P Vaid: We are verifying this. In fact, our verification process is going on and then we will come out with precise facts. There is not much indication on the ground. But there may be some who were inspired by social media towards the Islamic State's ideology. Therefore, our cyber wing is verifying this.

Sputnik: What are your plans to tackle this challenge?

DGP S P Vaid: Yes, we are ready to face the challenge. Our forces are prepared and we have increased our vigilance and we are on alert mode.

Sputnik: What do you think is their modus operandi in the valley?

DGP S P Vaid: Our prediction is that someone may carry out "lone wolf attacks" inspired by social media. We are prepared to deal with such situations.