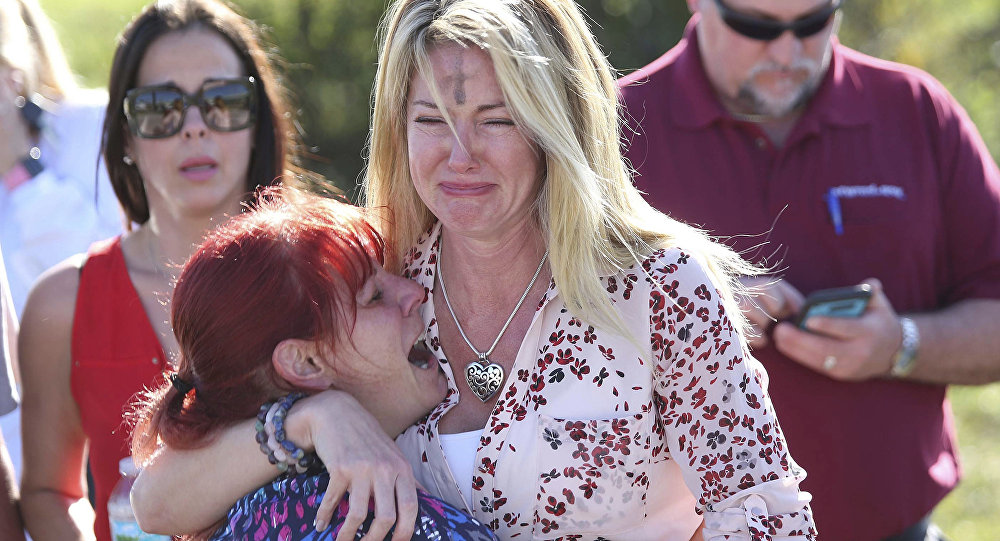 US Shootings: Strong Polarization of Reaction Is One of Problems - Academic

Nikolas Cruz, expelled from school for disciplinary reasons, has been charged with 17 accounts of premeditated murder having killed 17 people and injured at least a dozen at a school in Florida. Timothy D. Lytton, Distinguished Professor of Law, Center for Law, Health & Society, Georgia State University College of Law, has shared his take on this.

Sputnik: This is the 18th school shooting in the US this year, how are people able to get weapons into schools? What kind of security measures can be introduced in schools to prevent these events from happening?

Timothy D. Lytton: Everybody in the United States has become increasingly worried about the frequency with which the shootings have occurred. Keep in mind we have had this type of shootings in public schools going back until the mid-1990s. But it does seem that the frequency has been increasing, and I think there is increasing anxiety about it.

One of the basic problems of the issue is that there tends to be a strong polarization of reaction in the United States.

About half of the states, when this occurs, tend to liberalize their gun-carrying laws and make it easier for people to carry weapons more widely, with the idea that people can defend themselves, as was the case in the Sutherland Texas shooting last year, and the other half of the states are worried of the open access to weapons and they tend to restrict the sales more. Those two reactions tend to create polarization at the national level and so we don’t see much action out of Congress.

In the Florida school, where the shooting occurred, there were no security precautions in terms of stopping people bringing weapons in, but I know that in many states – in New York is a good example – there are many public schools in New York, where students go through a metal detector when they check in in the morning, just like they would in a normal office building or public building in any city in the United States or they would when they went to the airport.

Some schools depending on the jurisdiction have been more careful about security.

It appears that the Florida schools were not careful about security on this level, and I think there is a split of opinions to whether or not were ought to have a type of restrictions for people coming into schools, for instance, metal detectors that we have now regularly for public buildings: you cannot walk into a public office building in the US if you don’t at least check in with the security desk and have your ID confirmed.

Sputnik: Experts have said that mental health is a key problem behind the mass shootings. What has been done in terms of mental health?

As results, those records are incomplete. We have seen on various occasions people passing a federally amended background check who have mental illness issues that weren’t recorded properly by state or local authorities – that’s the type of the issue that needs greater funding in the US.

And the fact of the matter is that there is relatively little social science on both of those sides. People are extremely committed to their views and unfortunately in the wake of these incidents people become more convinced of whatever they thought of before the incidents occurred. So, these things tend to polarize.

I think that one thing that probably is subject to less polarization is the possibility of more security measures. Half of the country favors one federal policy, and the other half favors another federal policy – there is no change. Keep in mind, there is a lot of federal policy on guns – it just doesn’t change.

So, we have a national background check system – there is some evidence that it seems to have kept weapons out of the hands of some people who might have been potentially dangerous, but the fact of the matter is that any change from the national policy we have right now is unlikely, largely because people just seem to be reconfirmed in their preconceptions every time one of these events occurs as to what we should do, and they tend to disagree diametrically.

Many believe that this country was founded on the principle that if a citizen is armed than there is less likely to be tyranny. While this may sound far-fetched, there are many examples when we look around the world, of places where the civilian population has traditionally not been armed.

And the state has exercised very strong repression as a result, because the state has the monopoly on the use of force. That’s a narrative that has been very powerful in the United States.

The views expressed in this article by Timothy D. Lytton are solely those of the speaker and do not necessarily reflect Sputnik's position.