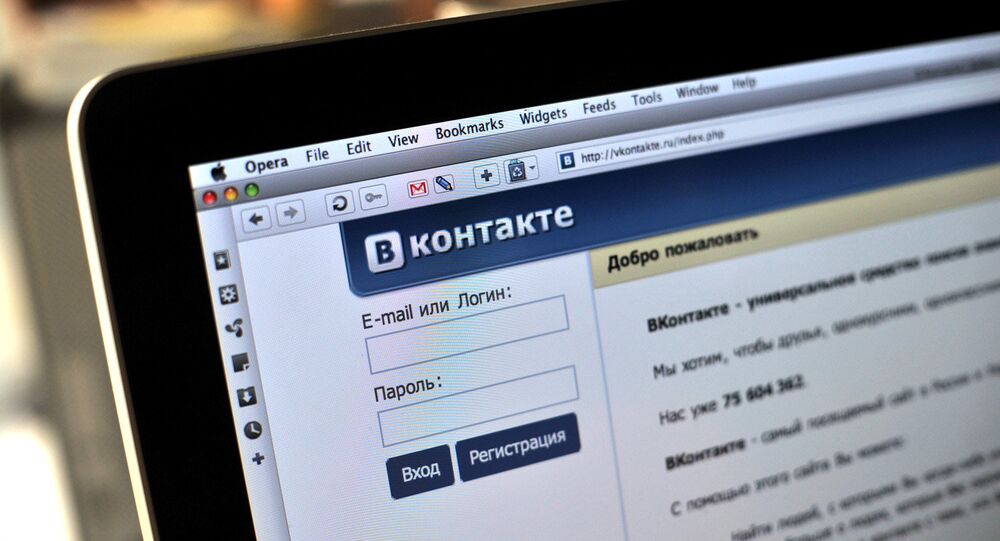 The US is allegedly mulling over sophisticated new methods of influencing the public opinion in Russia, Iran and North Korea, among other countries. Russian and Iranian cyber-security specialists shed light on the US Army Intelligence and Security Command's (INSCOM) recent initiative and the potential counter-measures to handle the challenge.

It appears that the US Army Intelligence and Security Command (INSCOM) is seeking to create an "army of bots" which would analyze social network data and influence users across the world. According to the INSCOM request, it is targeting those who speak Arabic, French, Pashtu, Farsi, Urdu, Russian, and Korean.

Mikhail Friben, a cyber-security specialist at the Ural Information and Analytical Center, suggested that at the initial stage the INSCOM initiative won't prove effective and could be counterbalanced by "mirror measures."

"Back in 2010, when I was researching artificial neural networks [ANN], I noted that their shortcoming was the lack of high-quality linguistic agents, i.e. software, that can speak adequately in one language or another," the cyber-security specialist told Sputnik Persian. "Now, judging by the US statement, they have [developed] such software. But here is the rub: for the declared countries, linguistic agents are different in terms of language structure."

© REUTERS / Mike Blake
Google Might Re-Conquer China With Artificial Intelligence
It is expected that this army of bots will monitor posts, learn colloquial expressions, differences in spelling and slang. This would help the US Army determine whether user messages are negative, positive or neutral and influence a specific audience.

Friben explained that although in 2010 the US developed effective linguistic agents for the English language, it was impossible to create such software for the Russian language, given the difficulty of defining semantics by word structure in this tongue.

However, according to the cyber-security analyst, the people, who read comments, are mostly affected by the emotional coloring of the message and not so much by its meaning. Therefore, theoretically, the INSCOM system will be able to perform the assigned tasks efficiently, Friben underscored.

The question then arises as to how the US will turn the theory into practice.

"Such systems usually work poorly at the initial stage, since the neural network needs to be properly 'trained' with the help of native speakers," the specialist emphasized. "Yes, there is a system of machine learning, which can prove successful only if the parameters are correctly set. And for this, again, we need a human resource with knowledge of a specific language. But as a rule, [linguistic] specialists who could understand the emotional coloring of the language may misread the actual situation, especially in social networks."

How to Counter US 'Army of Bots'

First, Russia can create its own "army of bots" to nullify the emotional impact generated by the American system, Friben noted.

The second option is to directly monitor users.

"All these parameters can be set in the ANN so that it can analyze them," Friben said. "As a result, you get a certain portrait of a user… Take, for example, Vkontakte [social media platform]. It has a bot tracking system which will allow it to track a new American army of bots. For more effective work it is necessary to simulate all actions of the user. Also, you will have to simulate geo-targeting and other parameters. It will be possible to track the bots."

Why Iranian Users Are Invulnerable to Bot Attacks

Mohammadreza Azali, co-founder of the large Iranian IT portal Techrasa believes that an attack by American bots will have a little if any impact on Iranian users.

© AP Photo / Steven Senne
Social Engineering to the People: Facebook Asks Users to Rank Media Credibility
He draws attention to the fact that lots of major social media platforms are blocked in the Islamic Republic of Iran (IRI). It requires a certain level of computer literacy to reach these platforms via VPN, however, according to Azali, the majority of Iranians cannot be called experienced users.

On the other hand, "many Iranian residents today associate the Internet and social networks with Telegram, and it is used by the majority of the inhabitants of our country," the IT specialist told Sputnik. "In addition, Telegram has a high level of protection and encryption, which does not allow bots to gather information. So far, there have been no cases of so-called bots being able to communicate in Telegram."

Azali noted that, citing the looming security threat, Ayatollah Seyyed Ali Khamenei established the Supreme Council of Cyberspace six years ago which explores the country's cyberspace and the online segment. Within the framework of the new structure a special body — the National Center for Cyberspace — was created.

"Moreover, many foreign services were blocked by this center, and instead of these services domestic alternatives were presented," Azali said. "We use Aparat instead of Youtube and Café Bazaar instead of Google Play. Therefore, it is unlikely that Iran would really suffer from this army of American bots. Their action can be effective only at the level of those social networks that are blocked in Iran."

© REUTERS / Mariana Bazo
Ex-CIA Officer: Facebook 'Routinely' Blocking Accounts at US, Israel's Requests
Speaking on the conditions on anonymity with Sputnik a leading analyst of the Iranian National IT Center for Cyber Security said that the IRI is capable of resisting any kinds of attacks, including those in cyberspace.

He specified that, to counter the bots, special mechanisms were implemented in Iran including the creation of national social networks and the development and popularization of technological culture and knowledge.

"One of the effective methods of the struggle was to block a number of Western social networks and portals," the analyst said. "We have developed a whole range of software and technical mechanisms for identifying malicious artificial digital robots (bots). But given the national security issue, I cannot share information on how the algorithm works."

The views and opinions expressed by Mikhail Friben, Mohammadreza Azali are those of the speakers and do not necessarily reflect those of Sputnik.