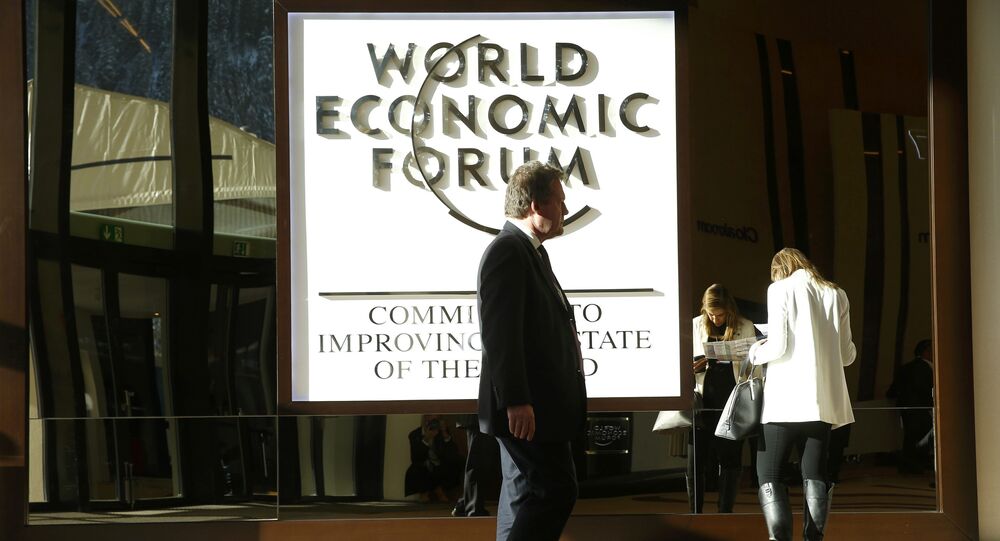 82 percent of all wealth produced in 2017 went to the top one percent of the world’s population. Ana Arendar, Oxfam's Head of Inequality spoke to Sputnik on the extent of global inequality highlighted by the report.

Leading international charity Oxfam on January 22 released its report highlighting stark levels of global inequality which it says threaten global political stability and wellbeing as heads of international business and finance meet for the World Economic Forum in Davos, Switzerland.

"The bottom half of the world's population, that's 3.7 billion people have seen no increase in wealth over the past 12 months. That is illustrative of an economic system that is rewarding those at the very top and those at the bottom are really struggling," Ana Arendar, Oxfam's Head of Inequality, told Sputnik.

According to Oxfam and information from Credit Suisse's annual world wealth data, the 42 richest individuals owned the same amount of wealth as the poorest half of the global population in 2017. The figure represents a further narrowing of wealth concentration on 2016 when the same proportion was owned by 61 individuals.

The report identifies 2,043 billionaires in the world, 1,816 men and 217 women, who collectively owning the equivalent of US$7.7 trillion. Of these one third have reportedly inherited their wealth, while another third have earned it through what Ms. Arendar called "crony means," such as through government granted contracts and political influence the wealthy are able to exert due to their wealth.

The report also documents that CEOs of London Stock Exchange's listed companies earn on average 120 times the annual salary of an ordinary worker.

"We're seeing a model that rewards the rich, what we see in many countries is that the very rich are able to influence policy in their favor. There is no coincidence that more hasn't been done by governments to tackle corporate tax dodging. It is this failure of governments to curb excessive wealth that is leading to continued concentration of wealth year on year," Ms. Arendar continued.

In order to stem the tide of growing economic inequality, Oxfam has called for increased government action through greater protection of workers' and womens' rights and cracking down on corporate tax evasion, without necessarily challenging the capitalist economic system itself.

Ana Arendar cited for example Ecuador's "Real Living Wage," phased in over several years and prohibiting corporations from paying dividends to shareholders before having paid their employees.

Oxfam's report also includes a poll taken of at least 70,000 people in ten countries, finding wide-ranging support for government action on reducing economic inequality including the United Kingdom where support for such measures was at 72 percent of those surveyed.