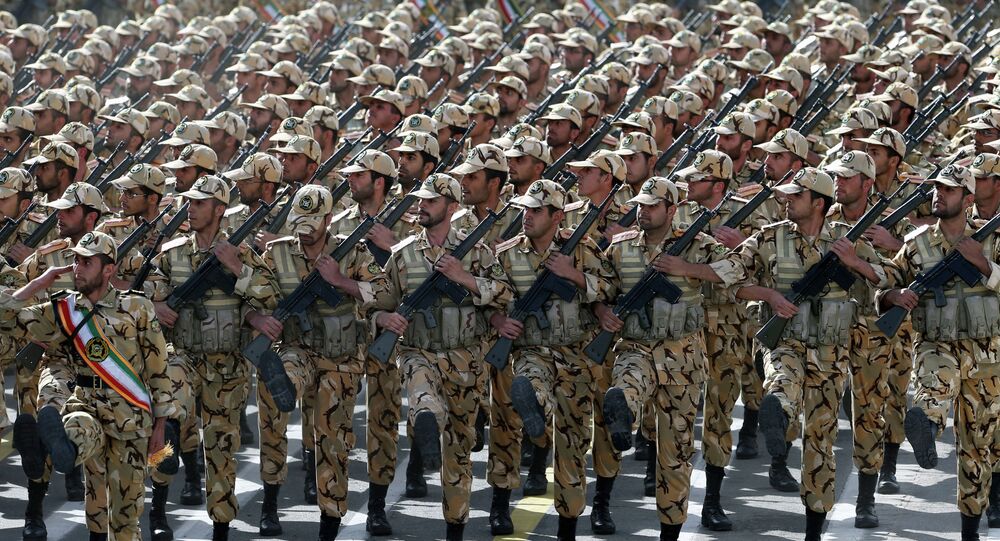 A US National Security Council (NSC) source has confirmed to Sputnik that Tel Aviv and Washington have worked out a plan to counter "malign Iranian activities." Speaking to Radio Sputnik, Mohammad Marandi, a political analyst and professor at the University of Tehran, explained why the US and Israel are so hostile towards Iran.

Sputnik: What is your take on the so-called Iranian threat that Israeli Prime Minister Benjamin Netanyahu and US President Donald Trump are looking to confront now? What could they be truly trying to achieve by demonizing Iran?

Mohammad Marandi: They have always been demonizing Iran; they have always [harbored] hostility towards the country. When the Israeli regime occupied Lebanon and the Iranians supported the national liberation movement which ultimately led to the creation of Hezbollah, that led to the ultimate defeat of the regime and its withdrawal from the country. And Iran took support for Palestinian people and Iran's opposition from the beginning of the revolution to apartheid, whether in apartheid South Africa or in Palestine. That was also an enormous reason to show antagonism towards Iran.

I think more recently, though, Israeli support for extremist groups in Syria, this was carried out alongside countries like Saudi Arabia. Even now we see that al-Qaeda, the al-Nusra Front, is still [located alongside] the Syrian-Israeli border and the Israeli regime continues to treat their wounded militants. And on that part of the joint border we still have ISIS (Daesh) and as we all know the Israelis have never attacked the ISIS (Daesh) coalition alongside its border.

So, the Israelis have been trying to weaken Syria and I think that over the last couple of years with the help of Hezbollah, Russia, Iran and others the gradual defeat of the extremist groups both in Syria and Iraq have led to a situation where the Israelis feel weakened. But I don't think that any meetings between the United States and Israel will come up with anything new because they have been cooperating all along alongside with Saudi Arabia for many years now.

Sputnik: The plan also aims to target Iran's activities across the Middle East. So, if implemented, what consequences could it entail for the region in local conflicts?

Mohammad Marandi: Yes, this is again, I think, a very important point because it's contrary to what we see in the Western media, which is usually either silence or a very misleading representation. US allies in the region, alongside the United States, supported ISIS [Daesh]. Even though, I still speak to some Americans [and they express] outrage. If you look at the Defense Intelligence Agency (DIA) documents of 2012 that were partially released by the Judicial Watch, they speak about the US allies in the region supporting the extremist groups in Syria and [they] have had the upper hand according to that document, from almost the very beginning of the fighting. And these groups were focused on the border line between Syria and Iraq.

We know that later on, those groups were named ISIS, or they called themselves even after that Islamic State. And the United States, according to General [Michael] Flynn [former DIA director and former national security adviser to President Trump] who was the head of that organization [DIA] — later in an interview with Al Jazeera he admitted — that the United States took a willful decision to support its allies in the region. And there is a host of other evidence as well, such as WikiLeaks documents and emails which stated that Saudi Arabia and others supported ISIS in 2014. So then, of course, we have the admission of former US Secretary of State [John] Kerry who had a secret meeting with Syrian opposition activists admitted that the United States allowed ISIS to advance on Damascus in order to put pressure on President Assad.

So, the United States is deeply involved in allowing ISIS to rise; they were deeply involved in, of course, al-Qaeda, the al-Nusra Front, […] And, of course, Israel, as I've pointed out, has been involved in supporting al-Qaeda and has been silent regarding the presence of ISIS on its border.  So, Iran has helped the Syrian government to defeat extremist groups. Of course, the Russians, Hezbollah, all of these countries, all of these groups together [won] this victory over extremism and if Syria had fallen, without any doubt Iraq would had fallen.