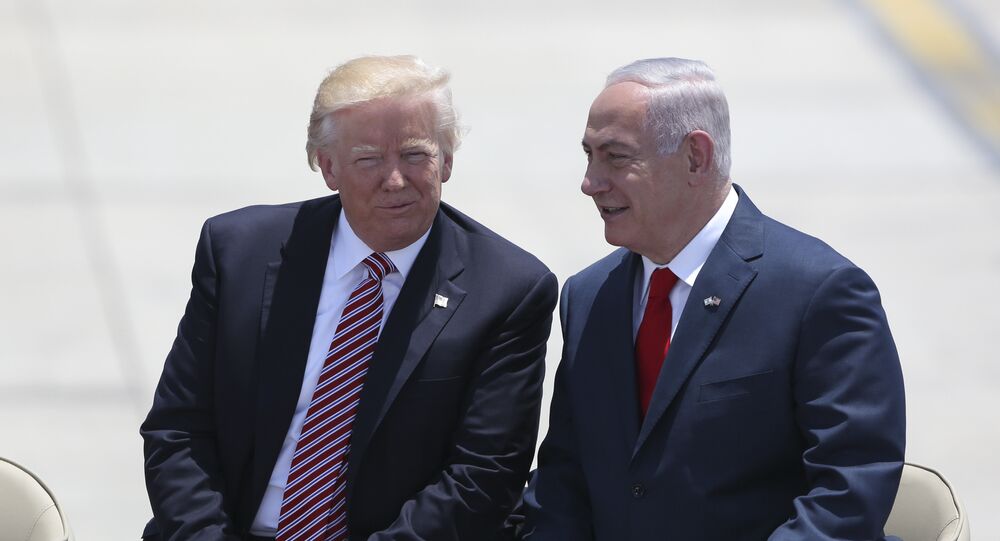 US, Israel Clinch 'Covert' Deal to Rein In Tehran

Earlier, the Israeli Channel 10 reported that Washington and Tel Aviv are joining efforts to create four teams in a bid to grapple with Tehran's activities in the Middle East and disrupt the Iranian nuclear deal.

A US National Security Council (NSC) spokesperson confirmed to Sputnik on Friday that Washington and Tel Aviv had agreed upon the "general framework for future cooperation regarding Iranian malign activities."

The news follows the Channel 10's report of a memorandum of understanding to tackle the so-called "Iran threat" that has allegedly been signed by Israel and the US.

The sides reportedly inked the document on December 12 during a meeting at the White House between US National Security Adviser H.R. McMaster and his Israeli counterpart Meir Ben-Shabbat.

They reportedly agreed on forming four joint teams to grapple with Iran's activities in the Middle East region, including Tehran's clout in Syria and its support for the Lebanese militant group Hezbollah.

READ MORE: Arms Race in the Gulf: US Pits Region Against Iran – Scholar

Disrupting Iran's nuclear program and ballistic missile work will also be bright on the teams' radar, the Channel 10 report said.

It cited US and Israeli officials as saying that the memorandum's goal is to shift US President Donald Trump's moves regarding Iran, outlined during his October 13 speech, towards "steps on the ground."

At the same time, the Iranian news agency Press TV cited an unknown US National Security Council source as saying that the  deal between the countries was an informal "framework," not a full-blown plan.

"Obviously, there was a major strategy that was announced a few months ago, and there have been meetings subsequent to that, shaped by that new strategy. And obviously Israel is one of our closest allies," the source said.

In his speech on October 13, Trump threatened to terminate the 2015 Iran nuclear deal, also known as the Joint Comprehensive Plan of Action (JCPOA), something that he said should instead be replaced with a tougher position on the Islamic Republic.

In July, the US imposed new economic sanctions against Iran over what Washington slammed as Tehran's "malign" ballistic missile activities in the Middle East.