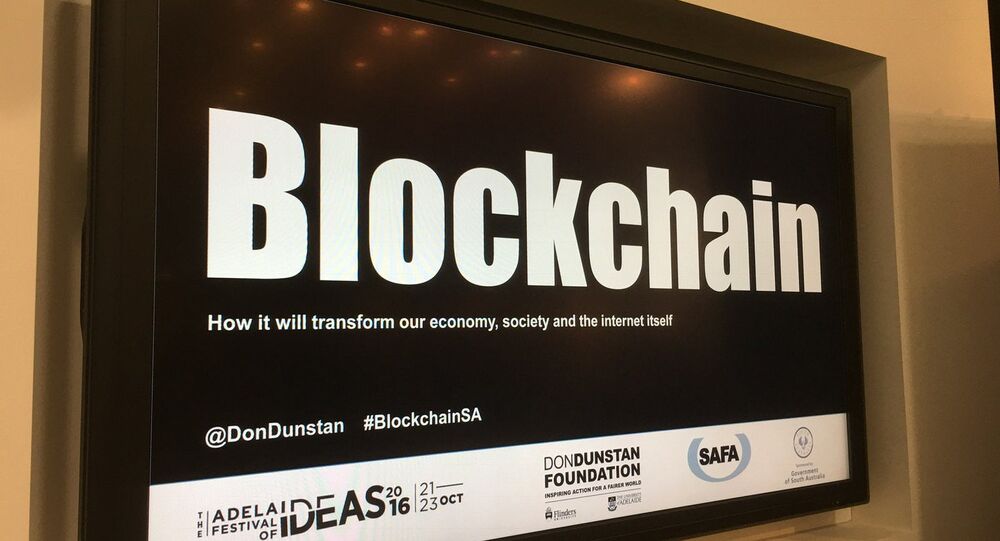 MOSCOW (Sputnik) - Governments should educate people about the risks associated with cryptocurrencies and learn more about the blockchain technology before attempting to regulate its currency by-products, experts told Sputnik on the sidelines of an international conference "First Global Convention of Miners" held in Moscow.

The event is organized by the lower chamber of Russian Parliament, the State Duma, with the help of companies operating in this field, such as Cellyco. According to the organizers, delegates and speakers come from 15 countries, including Ukraine, India, Turkey, Israel and others are taking part.

The conference in Moscow comes at a time when several nations are trying to determine what place cryptocurrencies will occupy in their economies. Russia is set to take a first step toward a legal framework for cryptocurrency later this week. On Thursday, Russian Central Bank and Ministry of Finance will present a relevant bill.

© REUTERS / Benoit Tessier/Illustration
Israel Seeks to Ban Bitcoin Companies From Its Stock Exchange
Last week, Belarus legalized cryptocurrencies as President Alexander Lukashenko signed a decree on "Development of digital economy" on December 21. According to the decree, mining, purchase and expropriation of tokens is not a business activity, does not need to be declared and will not be taxed until 2023.

In large part, panelists' speeches and reports focused on the issues related to regulation of cryptocurrency, but there has been no consensus: some delegates advocated self-regulation in the field while others suggested that national governments should be fully in control. Many speakers remained neutral and were very careful in their assessments.

"I would like to see balanced regulation. Regulation should not stifle innovation, it should be responsible regulation," Shikha Mehra, a senior research associate at the Jindal Global Law School, told Sputnik.

According to Mehra, balanced regulation could only be achieved if the lawmakers had a good grasp of the technology.

"So, first, governments and regulatory organizations need to fully understand the blockchain technology, what cryptocurrencies are, its pros and cons. It's almost internet 2.0. Just the way it came into our lives, and democratized information sharing, peer to peer. The same with money, it will become peer to peer. So it's important to understand it before you regulate it," the researcher said.

Internet ombudsmen Dmitry Marinichev also told Sputnik that many risks in this field come from lack of knowledge, and educating people about cryptocurrencies should be the focus for governments.

"I would like to see [the situation] in Russia where cryptocurrency is not viewed like a tool for example for investment or gaining profit… so it's not viewed as a type of entrepreneur's activity like gold mining or other type of mineral extraction… To compare — the situation is not much different from the moment in history when electricity was introduced… and we must teach people simply how not to thrust their fingers into the socket not to get hurt by electricity. This is the mission of the government: elimination of information illiteracy," Marinichev said.

Mehra, who specializes in tax law, suggested that many of the governments favoring tight regulations are afraid that cryptocurrencies would be used for money laundering, but she pointed out that they were only one financial tool out of many available to criminals.

"It can be used for good, it can be used for bad… If we look into the numbers — $1.6 trillion get laundered annually and 98 percent of that is anyway done through the banks," Mehra explained.

The youngest participant of the event, Nikita Musalov, who is just 14 years old and already teaches cryptography in an educational project "CyberRussia," told Sputnik that he was absolutely sure that regulating cryptocurrencies was an impossible task as the transaction system is just too closed.

© CC0 / Namecoin / Cryptocurrency Art Gallery
Bundesbank: No Plans to Introduce Fiat-Based Eurozone Cryptocurrency
However, according to Musalov, the issue was worth keeping an eye on, as future generations of cryptocurrencies, more advanced that the existing bitcoin, might be able to replace the regular currencies.

"The current, existing, cryptocurrencies won't replace regular currencies, but it is perfectly possible in the future," Musalov said.

Bitcoin's value surged in 2017, bringing it to the current trading price of around $14,000. However, business experts differ on how reliable of an investment bitcoin is.

The views and opinions expressed by Shikha Mehra, Dmitry Marinichev, Nikita Musalov are those of the experts and do not necessarily reflect those of Sputnik.