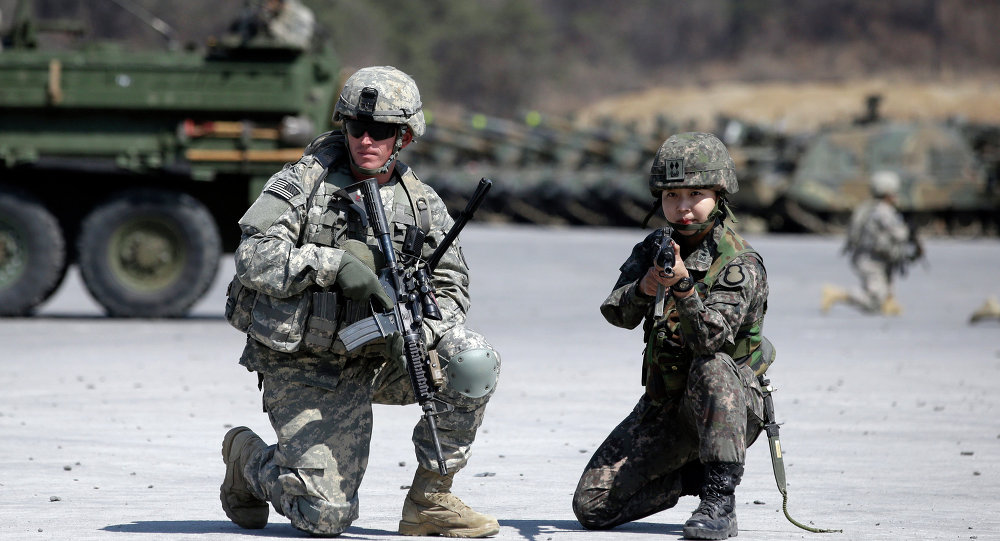 US Decision on Arms Supplies to Kiev Was 'Expected,' Analyst Says

Washington's approval of the supply of weapons to Ukraine has not come as a surprise, political expert Stephen Elbert said.

"Unfortunately, I think it was very expected. We've seen all along that either government or Congress… they have always been in favor of doing this," the researcher stated. "We've been going down a slippery slope all along, I would say."

According to reports, the Trump administration is planning to allow provision of anti-tank missiles, launchers and related equipment to the conflict-torn country, and many fear that the supplies could be later extended to include other heavy weaponry.

© AFP 2019 / Sergei SUPINSKY
War & No Peace: US Cuts Kiev Off From Preferential Trade Lifeline, Gives Go-ahead on Arms Instead
Commenting on whether he agrees with this point of view, Elbert said:

"I certainly do, and in a lot of ways this is a bit tragic. Part of this I think is that arms sales are a very lucrative business, and part of, you know, President Trump's promise to make America great again."

The expert rejected the idea of the so called "defensive weapons," noting that such a concept is "ridiculous."

"I think we've learned from the nuclear age that anti-missile defenses are not really defensive," he said.

The move follows reports from earlier this week that the State Department had approved export licenses for the commercial sale of small parties of weapons to the instability-wracked country by US arms makers.

On Saturday at midnight a new ceasefire went into effect in eastern Ukraine, but both sides have already claimed violations.

Since the war in Ukraine broke out in April of 2014, more than ten thousand people have died and tens of thousands have been injured.