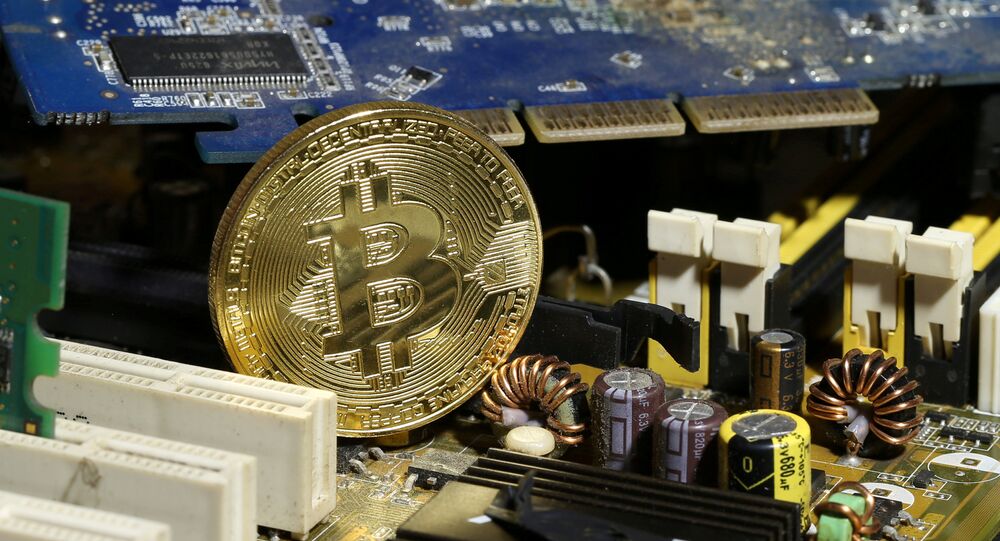 The world’s largest cryptocurrency is nearing its new remarkable all-time high as Bitcoin is debuting in the mainstream financial markets, albeit is still largely seen as a curious experiment.

Kristian Rouz – After a US regulator, the Commodity Futures Trading Commission, allowed two prominent exchanges to trade the digital currency Bitcoin on their platforms, the cryptocurrency continued its ascend to new record highs. The demand is rife, particularly so amidst the high trading volumes in Asia as well.

Bitcoin is currently trading at $19,790.40 per coin, and it poised to break through its new psychological threshold in the coming days, if not hours. Mainstream acceptance of what was initially perceived as a shady initiative has buoyed the demand for Bitcoin from traditional investors.

“Get Exposure to Bitcoin Price Moves without Holding Bitcoins,” the Chicago Board of Options Exchange (CBOE) Global Markets website said after the cryptocurrency debuted on the CBOE platform last week.

However, price volatility is still rife, as Bitcoin dramatically lost 10 percent of its value Wednesday. Trading on the CBOE has encouraged investors, as the regulatory framework provides more safety and predictability to Bitcoin transactions.

© AFP 2021 / Justin TALLIS
New Rules Are 'Expected Response' to Bitcoin Becoming More Mainstream – Investor
CBOE’s main rival –CME Group – is launching its own Bitcoin futures trading Monday, which is when the digital currency is expected to break above $20,000. CME is a bigger player in futures trading, meaning the positive effects to Bitcoin’s value are projected to exceed the gains of the past week.

Skeptics are still questioning whether or not Bitcoin, and the broader digital currency scene, is a massive bubble or a Ponzi scheme directed by unknown actors, who might pursue ill-conceived goals.

In its first week, the CBOE traded over 10,000 Bitcoin contracts worth about $180,000. CME is a larger venue, handling trading volumes an average 55 times greater that those of the CBOE.

Many traders willing to enter the Bitcoin market were not able to buy, as the CBOE didn’t offer enough contracts amidst feverish interest.

“CME’s bitcoin contract may not be first, but they are a larger futures clearinghouse and we are looking forward to our clients trading their product on Sunday evening,” Brooks Dudley, of New York-based ED&F Man Capital Markets says. “We have allowed our clients to go long or short to take advantage of dislocations between the futures and the underlying spot market.”

Buying and selling Bitcoin is also expected to boost overall trading volumes in US financial markets – a good sign for the economy, regardless of whether the digital currency goes up or down in value. Thus far, however, the direction is quite clear.

Bitcoin is traded against the dollar, giving the cryptocurrency an indirect backing from the Federal Reserve through the regulatory framework of the CBOE and CME. However, some risk associated with Bitcoin remain.

“Banks and larger institutions can’t hold an unregulated instrument in their balance sheet, and a futures contract is something they can hold,” Gabor Gurbacs of VanEck Associates Corp. said.

Gurbacs added that Bitcoin futures are a financial instrument themselves, albeit still quite volatile. Whilst you don’t have to hold actual Bitcoin to trade Bitcoin futures, you can use these futures as your average security.

This is good news for investors and banks, despite all the lingering concern, likening the Bitcoin craze to the tulip mania in 17th-century Netherlands or even the Confederate dollar.

© AP Photo / Tatan Syuflana
'Digital Gold': Telegram Founder Shares His Stance on Bitcoin
Skeptics point out Bitcoin’s value is high due to the restrained supply. Basically, the pace of mining has significantly slowed since Bitcoin’s inception back in 2008, as mining now requires enormous computing capacity, represented by massive hangars stuffed with GPUs and other expensive computer hardware.

Currently, futures trades are capitalizing on the spread between demand and supply. They say we’ve yet to see now Bitcoin shocks will affect the market, how often they will happen, and how deep the drops in the digital currency’s value will be.

The overall sentiment is Bitcoin is an interesting and innovative experiment for the “official” financial markets, hence the relatively low volumes of futures trading for now. Both the CBOE and CME are poised to expand their trade in Bitcoin futures gradually and cautiously, in order to avoid mass panic should something go wrong.