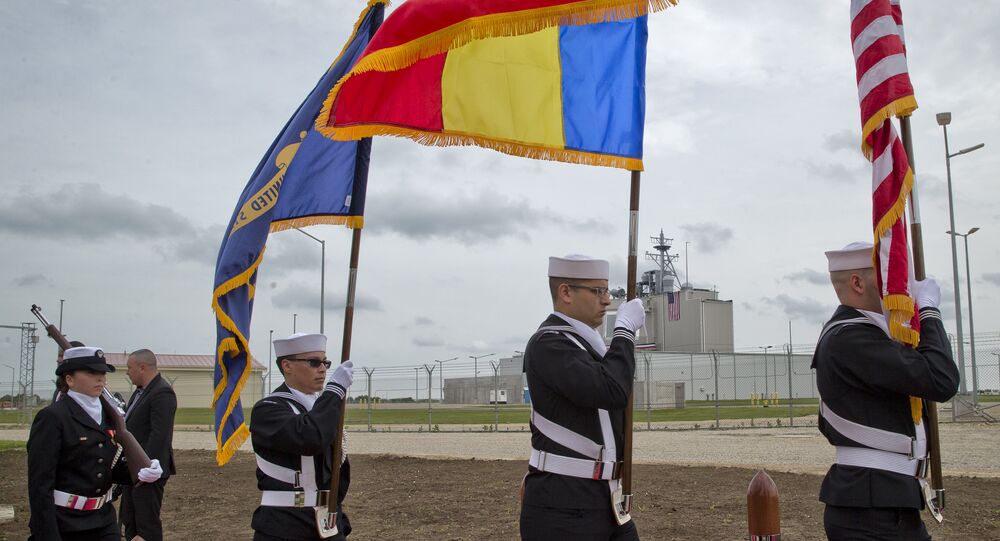 Leaders of NATO have announced the development of a thousands-strong multinational battalion stationed in Romania to bolster the bloc’s strength in the region. The move is part of the ongoing military buildup between NATO and the Russian bloc in Eastern Europe.

On Monday, NATO leaders announced that a multinational force of NATO troops will be formed in Romania to act as "defense and discouragement" against Russian aggression, as Romanian President Klaus Iohannis put it.

"We are not a threat for Russia. But we need dialogue from a strong position of defense and discouragement," Iohannis said. "Our purpose is peace, not war."

Brian Becker and Walter Smolarek of Sputnik Radio's Loud & Clear spoke to Mark Sleboda, a Russia-based international relations and security analyst and frequent critic of US and NATO policy. They asked Sleboda what he thought about the forming of the multinational force in the Warsaw Pact-affiliate-turned-NATO-member.

"It not only involves NATO-Romanian relations," Sleboda said, "but we're talking about the NATO footprint in the Black Sea — what they're referring to as their TFP [Tailored Forward Presence]. An instrumental part of that is the introduction of this new multinational force. The details of it are as yet sketchy. There's been talk about it for much of the last year and they've announced its implementation now so it will include at least 4,000 troops."

"It has been said that a large portion of them will be Romanian, with Poland, Italy and Bulgaria and others. This will complement 900 US military troops that are already stationed in Romania. It also concerns the US establishment of its missile defense shield, the Aegis Ashore system in Romania and likewise in Poland."

"It's got Moscow more than a little concerned, because first we saw these four permanent/rotating brigades, which was violating the NATO Russia Founding Act." That act was inked between NATO and Russia in 1997; in it, both parties claimed that they were not adversaries but rather partners in building "a lasting and inclusive peace in the Euro-Atlantic area."

NATO "gets around this," according to Sleboda, by saying "the 4,000 troops are rotating in and out. [This] is the second NATO military increase in the region just within the last year," said Sleboda, referring to the battalion deployed to Poland in April. "That's going to be of big importance. There was initially announced to be a small troop presence, a tripwire if you will. Now we see another, more tactically significant 4,000 troops [than the ones stationed in Poland]."

Smolarek asked if he thought the presence of another NATO battalion in a country so close to Russia might lead the powers into conflict. Sloboda waved aside the idea of direct engagement, but he said that it would "put pressure on the situation. A number of frozen conflicts are occurring in countries on Russia's borders that have significant ethnic Russian [populations], and [NATO is attempting] to move into these countries, to absorb them into NATO and the EU, as a bastion against Russia."

"We get the arguments that Russia is conducting troops against NATO's own borders. That's because you move your borders right up to the Russian border. Russia is only conducting military exercises within its own borders," Sloboda noted.

Moscow did take a recent exercise outside its borders when over 3,000 Russian troops participated in large-scale military exercises in Belarus in September.