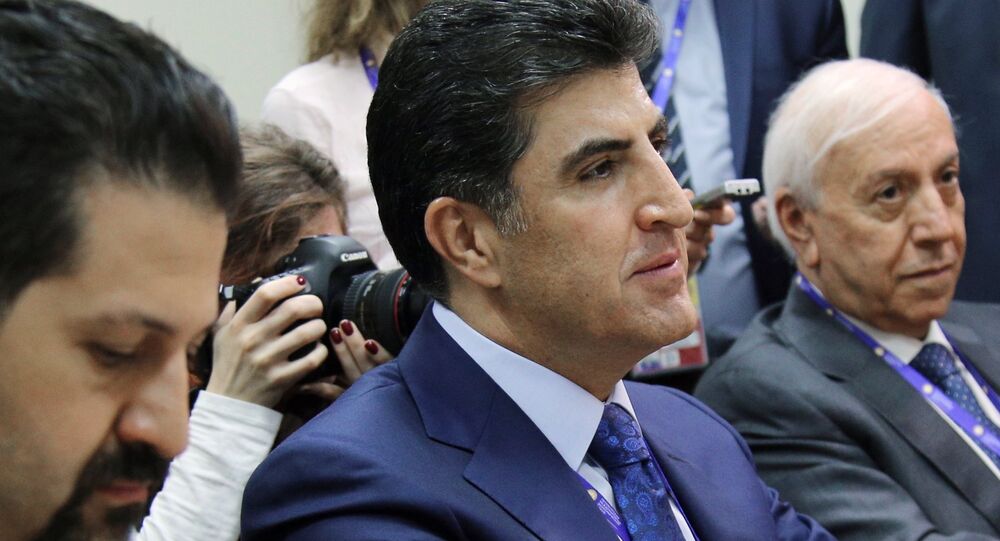 Daesh's blitz offensive in 2014, which involved the capture of Mosul, Iraq's second city, put the high levels of economic growth the autonomous Kurdish region in Iraq was enjoying to an abrupt end. The Kurdish Regional Government (KRG), headed by Prime Minister Nechirvan Barzani, is now looking to return the economy to its former glory.

In addition to the surge in violence across Iraq, the KRG had to deal with several other threats to the economy, including an unprecedented refugee crisis, sweeping budget cuts from the Iraqi federal government and a plummet in the value of oil, from over US$100 to around US$30 a barrel.

Even prior to the defeat of Daesh in Mosul, there were encouraging signs for the economy, especially tourism.

"Demonstrating that our region is always secure was pivotal in winning the trust of multinationals and tourists alike — the driving force of our rapid 12 percent growth before the war. Tourism alone has more than doubled, to 1.6 million just from 2015 to 2016," the Prime Minister's office told Sputnik.

New initiatives, led by Prime Minister Nechirvan Barzani, are being implemented throughout many sectors of the economy, with modernization and sustainability being prioritized. Russia is playing a significant role in the revival of the economy, especially in the energy sector.

Economic and political ties between Russia and Iraqi Kurdistan strengthened as a result of the former's support to the Peshmerga Armed Forces against Daesh.

"While we've always had friendly relations with Russia, a turning-point began when they supported our brave forces against Daesh during one of the most difficult periods. Following Prime Minister Barzani's recent meetings with President Vladimir Putin, you now see this cooperation expanding to include the massive development of our natural resources, with deals in motion that would almost double our output capacity," the KRG Prime Minister's office added.

On the topic of Kurdish-Russian relations, the KRG's Foreign Minister mentioned the "historical dimension" to their relationship, while expressing his support for future collaboration between the two nations.

As a result of tax-cuts and a multi-billion-dollar investment plan, forming part of the KRG's fiscal policy, production in the agriculture sector is expected to triple in just a matter of years. With self-sustainability in mind, the KRG is also setting into motion plans to manufacture tractors, and other pieces of equipment, for the first time.

The KRG is continuing to adopt supply-side initiatives to encourage investment in the autonomous region, which proved to be one of the most popular regions in the Middle East for foreign investors prior to 2014, largely due to its political stability.

As Iraqi Kurdistan has an estimated 45 billion barrels of oil reserves, as well as sizable natural gas reserves, reform and activity in the energy sector is especially pertinent to the success of the wider economy.

Earlier this year, the Kurdish Regional Government (KRG) signed a deal with Rosneft at the International Economic Forum in St. Petersburg, aimed at increasing cooperation in the energy sector.

© Sputnik / Maxim Blinov
Russia's Rosneft to Buy Oil for Refineries From Iraqi Kurdistan in 2017-19
The agreement will allow Rosneft, an oil giant owned by the Russian government, to assist in exploration and production, thus, increasing Iraqi Kurdistan's oil production capabilities from around 600,000 barrels per day (bpd) to in excess of one million barrels per day (bpd.)

Almost all of the additional oil will be available for export, providing the KRG with additional funding to develop other areas of the economy, and diversify, thus, reducing its reliance on the energy sector.

Given the volatility of oil and natural gas prices, the diversification away from the energy sector will be welcomed, as it will aid the KRG in achieving stable, prolonged growth.

Like Iraq, and most countries in the Middle East, the autonomous Kurdish region has a relatively undeveloped public transport network. The Foreign Minister indicated that the transport sector may soon be reformed and developed, with potential assistance from Russia.

"Russia may prove to play an important role in the economy of the Kurdistan Region as they have already done so by the presence of Gazprom, and now Rosneft. We hope and look forward to establishing areas of cooperation beyond the oil and gas sectors. Infrastructure advancements could include on-ground transportation and a railway network extended to the whole Kurdistan Region. On this matter, we can benefit a great deal from the experience of the Russian Federation," KRG Foreign Minister, Falah Mustafa, told Sputnik, referring to the expertise Russia gained from constructing the Trans-Siberian railway, the longest railway line in the world.

Clearly, there is significant interest from the KRG to cooperate with Russia, and the wider international community, to achieve its ambitious macroeconomic objectives.

Russia's economic activity in Iraqi Kurdistan potentially serves as an indication of their future role in the post-war Syrian economy, though we can expect collaboration on a much larger scale in Syria due to the probable absence of financial aid, and support from the US and Europe.