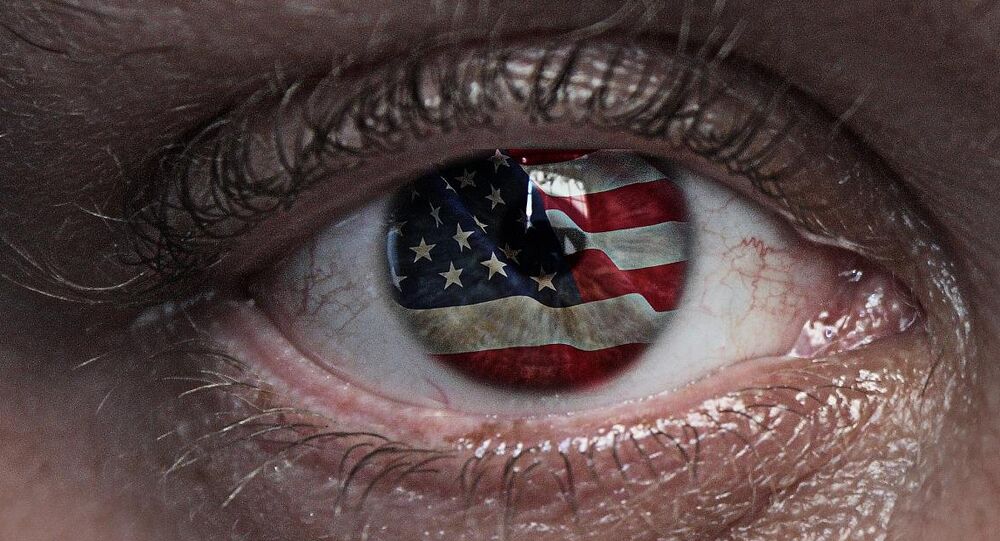 US Foreign Policy - 'Rome Has Spoken; the Matter Is Finished'

The ancient Chinese philosopher and military strategist, Sun-Tzu, said it best: "The way of war is a way of deception."

The profundity of Sun-Tzu's words is implicit in the recent actions of US military forces in Syria, which despite statements to the contrary confirm that Washington's overarching objective in a country they have absolutely no right to be in is not the defeat of Daesh and other terrorist groups, as claimed, but the overthrow of the Assad government in Damascus, whose status as a pillar of an axis of resistance to US hegemony along with Hezbollah and Iran in the region is well known. It is a military objective that is being actively supported and pushed by Israel and Saudi Arabia, whose enmity towards Tehran, unless reined in by the Trump administration, could well spark an all-out regional conflict in the foreseeable future.

© AP Photo / Yoan Valat
Saudi Power Struggle Ends With King Promoting His Son to Be Heir
The problem, of course, is that the Trump administration is in no position to exert anything approximating to leadership even in Washington much less anywhere else at present. But then neither was the Obama administration when it came to the Middle East. The vacuum left after the failed attempt by the neocon fanatics who made up the Bush administration to use 9/11 as a pretext to fulfil the geostrategic objectives enshrined in the Project for a New American Century (PNAC) — i.e. the defeat of every pole of opposition in the region in the shape of Iraq, Syria, Hezbollah, and Iran on the way to turning it into a de facto US protectorate — has been filled by Washington's regional allies, none of which have the requisite power to achieve their regional agendas without Washington's military and economic heft being brought to bear.

Thus we have a dangerous situation whereby an evermore desperate US neocon establishment, in its desire to see Russia's influence in the region, and elsewhere, blunted, but without the strength to do so alone, is involved in an unholy alliance with the Saudis and Israelis, both of which are exploiting Trump's lack of authority in Washington to push him into confrontation with Iran.

The defeat suffered by the US in Afghanistan, where the desire for a pipeline to transport oil from the Caspian Sea through to Pakistan and from there transhipment overseas had been in place since the demise of the Soviet Union, and in Iraq, where despite toppling Saddam, after first decimating the country and its people with 13 years of brutal sanctions, the military might of the US was exposed as a giant with feet of clay, resulted in Washington's de facto retreat from the region under the incoming Obama administration in 2010.

The vacuum that ensued, along with the chaos sown by the disastrous war and occupation of Iraq, was critical in the emergence of Daesh (also referred to as ISIS or ISIL) and Salafi-jihadism in general, exploiting the region's sectarian and confessional fissures to achieve the inordinate advances it achieved in 2014 and 2015.

© AP Photo
Fighters of the al-Qaida-inspired Islamic State of Iraq and the Levant (ISIL) parade in a commandeered Iraqi security forces armored vehicle down a main road at the northern city of Mosul, Iraq. (File)

Despite the noises Trump made during his presidential election campaign when it came to fomenting positive relations with Moscow, since being sworn in he has been snapped into line by a Washington establishment for which Russia's emergence as an alternative pole of military and strategic strength, demonstrated in the success of its military operation alongside government forces in Syria, threatens the unipolarity it has enjoyed and cherished since the aforementioned Soviet Union left the stage of history in the early 1990s.

The recent spate of US military airstrikes and attacks against Syrian government forces confirms that the conflict is entering a new stage — a post-Daesh stage if you will — wherein the US-supported military operation to take Raqqa, the self-proclaimed capital of the so-called Islamic State, with Syrian Kurds in the role of ground forces under the rubric of the Syrian Democratic Forces (SDF), conform to the actions of an invader and occupier intent on the seizure of the territory of a sovereign state.

For those who would consign this analysis to the realms of conspiracy theory, none other than retired US General Wesley Clark, commander of US military forces in Europe, has publicly confirmed it. He did so in an interview with US journalist and broadcaster Amy Goodman in 2007, telling her that an unnamed general at the Pentagon informed him of a plan to take out "seven countries in five years," those countries being Afghanistan, Iraq, Lebanon, Syria, Somalia, Sudan, and Iran.

The increased assertiveness and aggressive actions of the Saudis, firstly its illegal war in Yemen and latterly its aggressive moves to bring its Gulf State neighbor Qatar to heel, is motivated by its animus towards Tehran. It is the same animus towards the Shiite behemoth that has seen Riyadh provide funds and weaponry to various Salafi-jihadi factions fighting in Syria in recent years — in other words with the objective of destabilizing and overthrowing a government that is a key ally of Iran and Hezbollah.

© REUTERS / RONEN ZVULUN
Better the Devil You Know: Why Israel Unexpectedly Fears the Qatar Crisis
The Israelis have also left no doubt of this strategic and military objective, illustrated in the airstrikes it has conducted against Hezbollah in Syria in recent months, taking advantage of the resistance movement's engagement in the conflict alongside its Syrian ally. In recent years the Netanyahu government has made no secret of its desire to crush the only Arab force in the Middle East to defeat it on the battlefield, and also of its desire to see Iran neutered as an independent regional power.

Taking a wider view, the upsurge in US and NATO military aircraft activity in and around the Baltics, which Russian fighter jets have been intercepting on a near weekly basis, is of a piece with the ongoing strategy to place a military and strategic cordon sanitaire around Russia, probing for pressure points and weaknesses in the process. Combined with a deepening of economic sanctions against the Russian Federation, it is clear that diplomacy is now a dying craft in the land of the free.

With all of the aforementioned taken into account, we can no longer avoid the conclusion that President Trump has fallen into line with the same foreign policy embraced by his predecessors. It is one succinctly outlined in the defense of papal infallibility provided by St. Augustine in the fifth century: "Roma locuta; causa finita est."

"Rome has spoken; the matter is finished."

Sadly, for the US, the ability to exert the kind of global hegemony it has been accustomed to in recent decades is being contested as never before. And it is this contestation of Washington's untrammelled power that lies at the heart of the political crisis currently engulfing it.

A declining empire is a dangerous empire, which is why managing US economic and geopolitical decline poses the challenge of our time.

With Trump on Board, the Saudis Move Against Iran