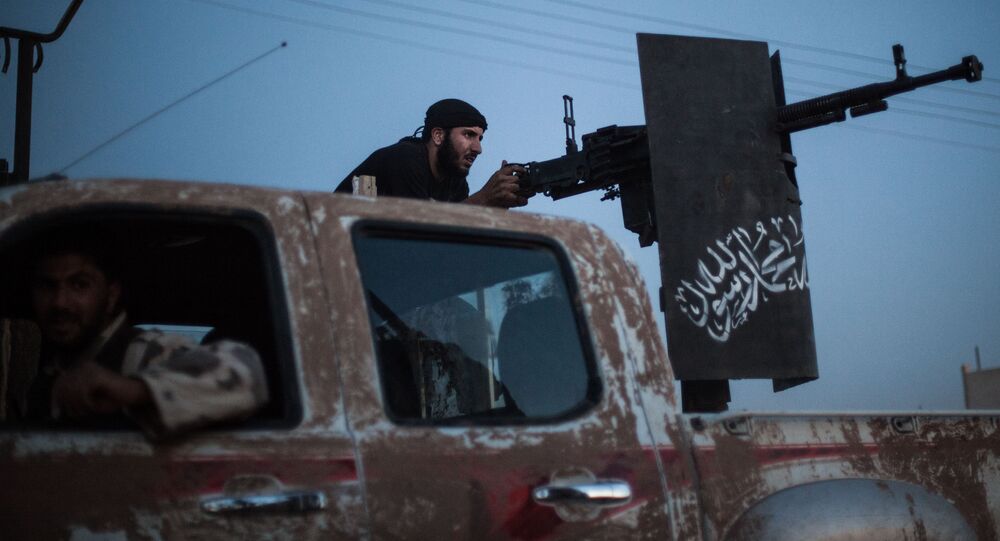 As the Syrian conflict approaches its sixth anniversary, there is a sense of optimism among pro-government supporters, with Russia stepping up military assistance and the prospect of Donald Trump cutting off support to militant groups.

Since the start of unrest in Syria, the US government has fixated on dislodging President Assad from office — using any means necessary.

However, there has been widespread speculation that Donald Trump will focus more on tackling groups such as Daesh, and could potentially be willing to work in conjunction with Assad's forces and Russia.

Ahrar al-Sham is one of the most powerful groups fighting the Syrian Army and its allies. Russia has attempted to designate this group a terrorist organization but the US has previously protested their innocence, and even criticized the Russian Air Force (RuAF) for attacking Ahrar al-Sham's forces.

The group has openly said that it wants to impose Shariah law across Syria, and has collaborated with Fateh al-Sham, formerly part of the al-Qaeda franchise.

Unlike Daesh, which seeks to establish a worldwide caliphate, Ahrar al-Sham has indicated it is only interested in imposing Shariah law in Syria. This is already problematic, as many minorities will inevitably suffer from persecution under such a system of intolerance and barbarity.

Furthermore, if the group successfully achieves its objectives in Syria, it may seek to expand its reach, potentially aiming to establish an Islamic State far beyond Syria's borders. After all, groups like this thrive off violence, war and aggressive expansion. Therefore, by aiding this group, America is putting itself, and many other countries in unnecessary danger.

It is hard to imagine a scenario where Donald Trump will continue to support this group. In fact, many opposition fighters in Syria were deeply saddened when news broke out that Trump had emerged victorious over Hillary Clinton.

© Sputnik / Michael Alaeddin
Trump, Fillon Could Have Prevented Syrian Crisis as US, French Presidents
It appeared that Hillary's foreign policy, especially on Syria, was in stark contrast to Trump's. She was seemingly in favor of imposing a no-fly zone over Syria and providing more military support to the armed opposition. Russia has sophisticated military assets in Syria, including several fighter jets, and the S-300 and S-400 SAM systems. This puts them in a good position to deal with or prevent a no-fly zone.

Even with substantial support from their allies, rebels in Aleppo were unable to break the siege on eastern Aleppo. They were able to score some initial gains, especially in the al-Assad district, but pro-government forces were successful in reversing all their progress in a matter of days, with little air support. The pro-government forces in Aleppo are comprised of units from the Syrian Army, Liwa al-Quds (a Palestinian militia), SSNP fighters, Hezbollah, and Iraqi Shia militiamen.

© AFP 2021 / KARAM AL-MASRI
Militants Forced Out From Key East Aleppo Region - Russian Military
Russia and Syria have given militants and civilians the opportunity to leave Aleppo several times, but opposition fighters have prevented civilians from fleeing to safety. Recently, footage emerged showing protests in Aleppo, calling for militants to leave the area, with reports of militants responding by opening fire on unarmed protesters.

It remains to be seen what the newly elected president of the US will do, but it is possible he may cut off support to opposition forces. He may even be content with allowing Assad to remain in power, as a means of combating terrorism, and helping Syria return to normality. Even without further assistance from the west, Assad's forces already have the upper hand at most battlefronts.

Some analysts have suggested that Trump may continue with America's previous foreign policy — arming and backing the opposition, including Islamist groups such as Ahrar al-Sham.

Ultimately, it depends on whether he decides to give his hawkish advisers a significant influence over Washington's foreign policy while he takes more of a figurehead role, or decides to follow his pre-election narrative and campaign promises.

Trump, Fillon Could Have Prevented Syrian Crisis as US, French Presidents