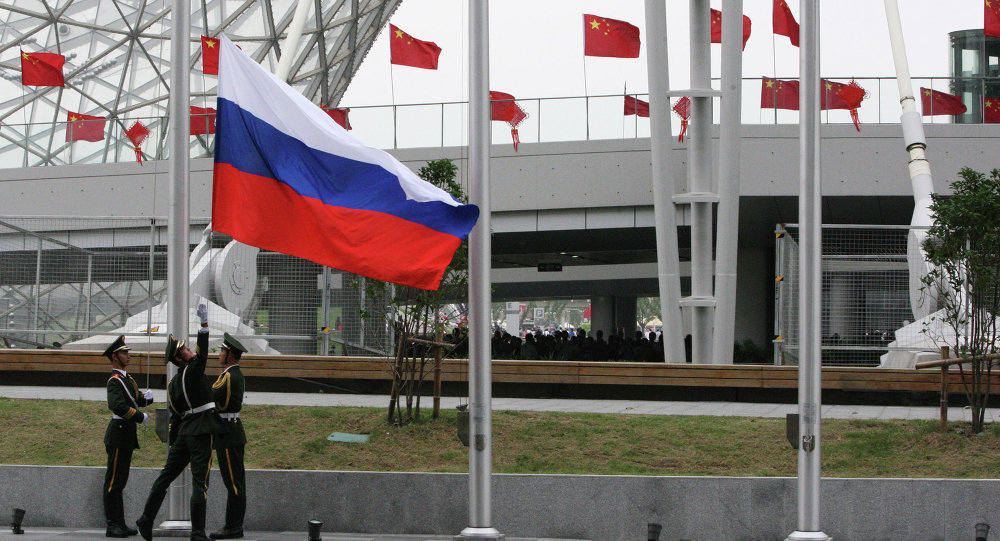 Enter the Dragon and the Bear: US Faces Its Ultimate Nightmare – Eric Kraus

By simultaneously attacking Russia and seeking to contain China, the United States has driven an alliance between the two – which should be Washington's ultimate nightmare, Eric Kraus, an expert on Asian and Russian investments, told Sputnik.

We are clearly moving toward a multi-polar world: while the US is little by little losing its status of top economy, new kids on the block – the world's emerging powers – are rapidly scoring points, Eric Kraus, a prominent expert in Russian, Asian and Latin American financial markets and Director at Principal Asset Management advisory company, told Sputnik.

However, "rather than seeking to coopt Beijing by gradually increasing the role of China in the international financial institutions, [Washington has] instead driven the Dragon to realize that it must create parallel institutions instead," Eric Kraus underscored.

10 years ago the US added to world economy 139% more than did China. China slowdown today? China 39% more than US pic.twitter.com/EF0iqrDXm4

The expert elaborated that in 1945 the United States alone accounted for slightly more than 50 percent of global GDP (Gross Domestic Product). So far, it was logical that Washington was allowed to create a system that served as a basis for the post-world financial order.

"It is in the nature of empires to do so – the US was neither the first nor the last, and it benefitted greatly from the system it created – but then ultimately became lazy and complacent."

It is worth mentioning that the United States now accounts for about 20 percent of global GDP, while China has emerged as the "world's largest trading economy, source of most global economic growth, largest importer of most industrial commodities, and increasingly, the largest source of investment capital the world over," the expert emphasized, adding that by PPP (Purchasing Power Parity) measures China has become a slightly bigger economy than the United States.

So far, it is understandable that China is inclined to create a system more beneficial for its own interests, moving away from a dollar-based trading system and establishing competing financial institutions to the US-controlled World Bank, International Monetary Fund (IMF), development banks and etc.

On the other hand, "by simultaneously attacking Russia and seeking to contain China, [the US has] driven an alliance between the two – which should have been Washington's ultimate nightmare," the expert underscored.

Eric Kraus, a financial strategist and an author of a widely read informative newsletter "Truth and Beauty (…and Russian Finance)," also shared his views on the future of the ruble and the state of the Russian economy in the forthcoming months.

© Flickr / photosteve101
American Exceptionalism Illusion Obscures Dire State of US Economy
"Those of us in financial markets have long realized that the Russian markets are never as good – or as bad – as they first appear," the expert remarked.

Although there was a wave of panic in December 2014, as people thought that Washington had leverages to arbitrary create a financial crisis for Russia, the sanctions were actually "pretty trivial except for the psychological effect." In contrast, the collapse in oil prices was really damaging.

"The drop in the ruble shielded Russia from the worst of the impact of falling commodity prices – salvaging the budget and the trade surplus. Now, as the panic subsides and commodity prices begin to rebound, the ruble has strengthened a bit too fast for my tastes. At current oil prices – the ruble should be around 55," Eric Kraus underscored.

The expert elaborated that "were the ruble to strengthen this would cause some damage to the real economy – and especially, would deprive Russia of the benefit of a 'good crisis' – like in 1998 the collapse of the ruble is fueling domestic agriculture and manufacture."

© Sputnik / Mikhail Mettsel
Heads of Russia, China to Discuss Silk Road Economic Belt in May
He pointed out that the Central Bank of Russia should not allow the currency to again become overvalued, especially if oil prices recover faster than expected. According to the strategist, Brent crude may surge up to $60-80 for the balance of 2015.

At the same time, Iran's return to the market is unlikely to provoke further slide in oil prices, the expert deems. And the point is that "the commodity cycle is turning."

"Five years ago everyone discovered the commodity super-cycle and thought that commodities could only rise and rise. Then two years ago, suddenly everyone decided that commodities were dead and could only collapse. Both ideas were false. The overshoot in commodity prices is driven by financial speculation, and I expect to see the hedge funds taking the bullish side of the trade – pushing prices up," Eric Kraus explained.

"Even iron ore and coking coal are now rebounding – oil will too – whatever happens with Iran," the strategist revealed.

Why is Bad News From US Economy Good for Wall Street?