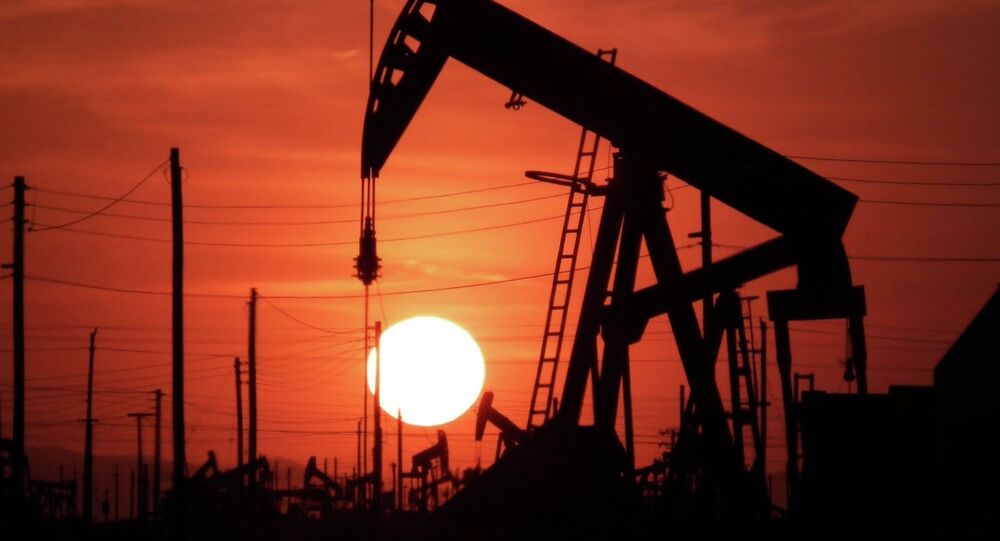 Israel gave the go ahead to an American energy company to start oil drilling in disputed area of Golan Heights, seizing an opportunity as Syria remains occupied with fighting terrorism in the region, a political analyst tells Sputnik Arabic.

© AFP 2021 / JACK GUEZ
Oil Drilling Begins in Israeli-Occupied Golan Heights - Oil Company
Political analyst and expert on the Golan, Ayman Abu Jabal, said Israel took advantage of the conflict in Syria and the fact that the Syrian government is fully occupied with the fight against terrorist groups. Israel endorsed the company Afek Oil to start oil exploration in the occupied region of the Golan Heights, the analyst told Sputnik Arabic.

According to him the oil exploration will result in irreversible damage to the environment of the region. He believes that Israel wants the oil in order to stop being dependant on imported oil and to pose a more significant role in the region.

The Golan Heights is a rocky plateau located in the Levant. The western two-thirds of the region are currently occupied by Israel, whereas the eastern third is controlled by Syria. It holds an important strategic position.

"The Israeli government has chosen this time for oil exploration, very well aware that the Syrian government is fully involved in fight against terrorism and cannot in any way protest or respond to such activities. Syria needs resources in order to take necessary step and ban Israel from oil exploration in the occupied Golan Heights," said Abu Jabal.

An adviser of the Genie Energy Company is a former American Vice President Dick Cheney.

According to the analyst, Israel is violating international law as the resources on the territory of the Golan Heights belong to the Syrian people.

Israel's Supreme Court gave permission for drilling, although in 2014 the court temporarily suspended preparations for drilling due to petitions by environmentalists. Activists argued that oil production by fracking in seismic areas was not acceptable.

Golan Heights is a disputed territory in the Middle East. Israel seized the Golan Heights from Syria in the closing stages of the 1967 Six-Day War. Most of the Syrian Arab inhabitants fled the area during the conflict.

The UN General Assembly has repeatedly called the annexation illegal and called on Israel to return the Golan to Syria. An armistice line was established and the region came under Israeli military control. Almost immediately Israel began to settle the Golan.