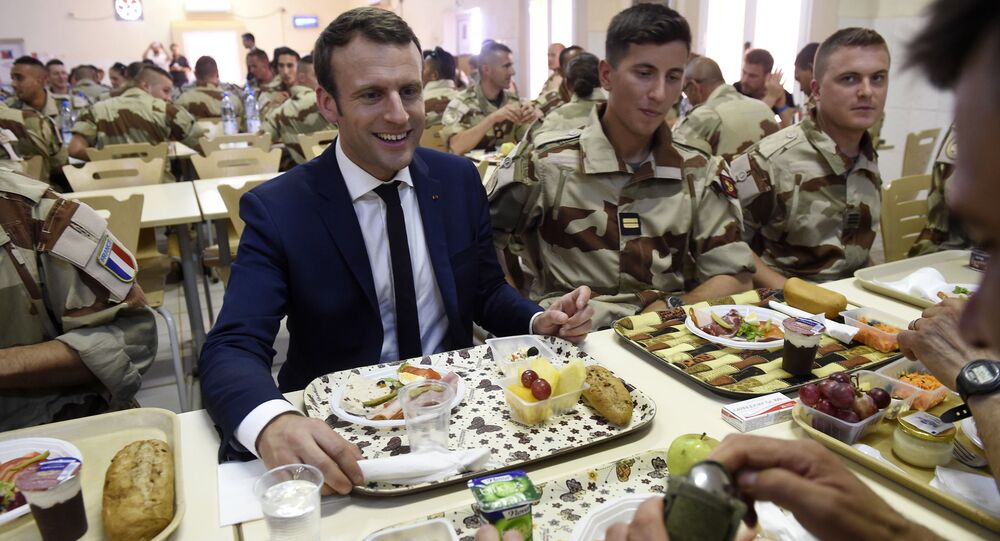 A protest by a popular group took place in the Malian capital of Bamako demanding French troops leave the country. The protest comes as hundreds of French troops are slated to stay in Mali even as France’s Operation Barkhane comes to a close.

The Friday protest by Yerewolo - Debout sur Les Remparts (The Worthy Sons - Standing on the Ramparts) demanded French troops leave the Sahelian nation, where they have been fighting Islamist rebel groups since 2013. The group has been a consistently anti-French voice in Malian politics for years.

​"I would be so happy, like at a party, if France quit Mali today,” local resident Bakary Coulibaly said at the protest, according to Africa News. “Really. Ever since we trusted them with our security, everything has become worse."

Pape Diallo, a spokesperson for Yerewolo - Debout sur Les Remparts, told the outlet that an incident last week in which 12 German peacekeepers in the country as part of the United Nations mission MINUSMA were wounded in an ambush was ultimately the fault of the French.

"There are injured Germans, that has saddened us because Germany here is not seen as an occupying force,” Diallo said. “But they are being manipulated by the French, in fact. Germany came here with good intentions to protect us from terrorists, but today they find themselves inside the Machiavellian schemes of France.”

According to local reports, the protesters appealed to Russia for help fighting the Islamist militias in northern and eastern Mali, where French troops have been engaged since 2013. The request may be related to the success of the Central African Armed Forces (FACA), whose fight against rebel groups has made quick headway since Russian instructors arrived in December 2020 to train FACA forces, despite French and European Union training missions operating with FACA for years.

France, the former colonial power that ruled Mali until 1960, sent troops to fight Tuareg tribes rebelling against Bamako in 2013 at the request of the Malian government under the aegis of Operation Serval. A coup d’etat against the government of Amadou Toumani Touré in 2012 by soldiers mutinying over the poor conduct of the war against the Tuaregs only created further chaos in Mali, allowing Tuareg forces to quickly advance over half the country’s territory. The destruction of nearby Libya brought Islamist groups to the region as well, including groups pledging themselves to Daesh* and al-Qaeda**.

Last month, Macron announced the end of Operation Barkhane, the follow-on operation to Serval, after another military coup in Bamako that the French president denounced as a “coup within a coup.” Malian Col. Assimi Goita, leader of the August 2020 coup that brought down the deeply unpopular but democratically-elected government of Ibrahim Boubacar Keïta after months of mass protests, forced the civilian leadership of the interim government from office in May 2021, prompting international outcry.

Barkane was widely viewed as a “forever war,” suffering from the same kind of “mission creep” as the related US War on Terror. It is deeply opposed by both the French public and the public of the five Sahelian nations that partnered with France, including Mali, Mauritania, Burkina Faso, Niger, and Chad. Attacks on civilians by French forces have bred a deep resentment, such as a wedding in Mali that French aircraft bombed in early January 2021, which the Ministry of the Armed Forces claimed to be a terrorist training camp.

Macron’s first term as president ends in April 2022, and he kicked off his re-election campaign at the beginning of June.

However, the 5,100 French troops in the Sahel aren’t all going home: several hundred will remain in Mali, Burkina Faso and Niger as part of the Takuba Task Force, a special forces operation against terrorist groups in the Liptako region, which straddles the tri-nation border area.

*Daesh (ISIS, ISIL, IS), al-Qaeda - terrorist groups banned in Russia and many other countries