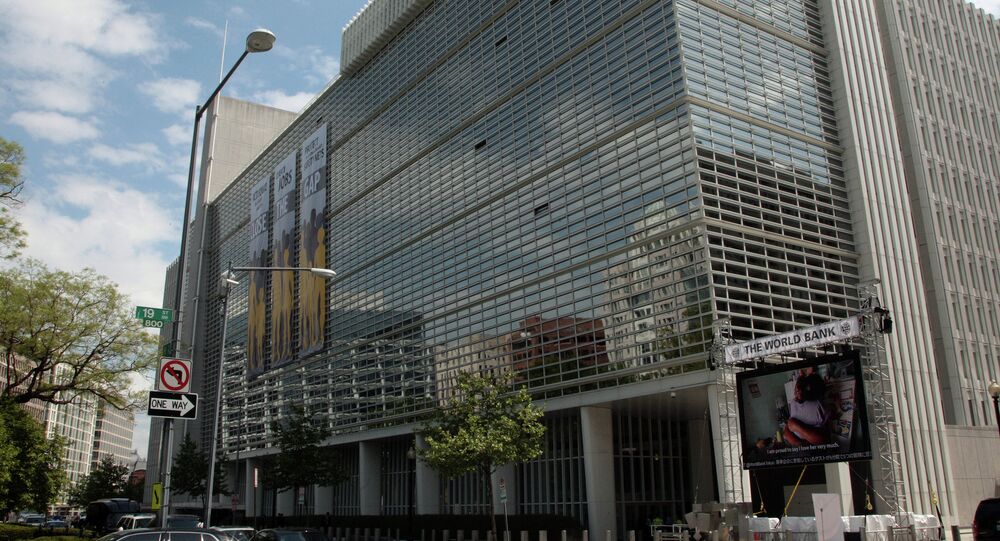 While Africa has long depended on Bretton Woods-era Western financial institutions to provide them much-needed financing, albeit with steep interest rates and neoliberal economic reforms, in recent years China has become the continent’s largest bilateral lender while lacking the same ideological baggage.

On Friday, the World Bank said it would be temporarily pausing payments to Mali in response to the military’s seizure of power last week, which removed from power an interim government that had attempted to reduce the military’s role in the transition.

"In accordance with the World Bank policy applicable to similar situations, it has temporarily paused disbursements on its operations in Mali, as it closely monitors and assesses the situation,” the Washington, DC-based international financial institution told Reuters in a statement.

According to the bank’s website, it has committed to providing $140 million to the Sahelian nation in 2021, much of which aims at fortifying drylands on the fringe of the Sahara desert that are especially vulnerable to desertification. There is no indication as to how much of that money has already been transferred to projects in Mali this year.

The World Bank is the latest institution to suspend ties with Mali in the wake of the coup, which saw Interim President Assimi Goita, then the vice-president, oust the then-interim president, prime minister, and defense minister. The African Union, Economic Community of West African States (ECOWAS), France and the United States have all suspended their relationships with Mali as well, calling on Goita to respect the rule of law and provide guarantees that the path to new democratic elections in 2022 won’t be interrupted.

The suspensions could cumulatively have a powerful effect on Malian society. Mali’s economy suffered a 2% contraction in gross domestic product in 2020 and its military is engaged in a protracted struggle with Islamist militias in the north in conjunction with France’s Operation Barkhane counterterrorism mission since 2013.

Goita also led the coup in August 2020 that ousted democratically-elected President Ibrahim Boubacar Keita after months of militant protests and violent police repression. Under internal pressure by the M5-RFP protest movement and external pressure via similar relationship suspensions to those happening now, the military relented and yielded power to a civilian-led interim government in October, governed by a Transitional Charter drawn up with M5-RFP but assigning them a minor role. Last week’s coup began after then-Interim President Baw Ndaw yielded to pressure by M5-RFP to reduce the military’s power in the government, ousting two colonels from the defense and security ministry posts.

Goita has said the scheduled transition to democracy, with elections in early 2022, would continue unimpeded by the ouster of Ndaw and Goita’s assumption of his office.