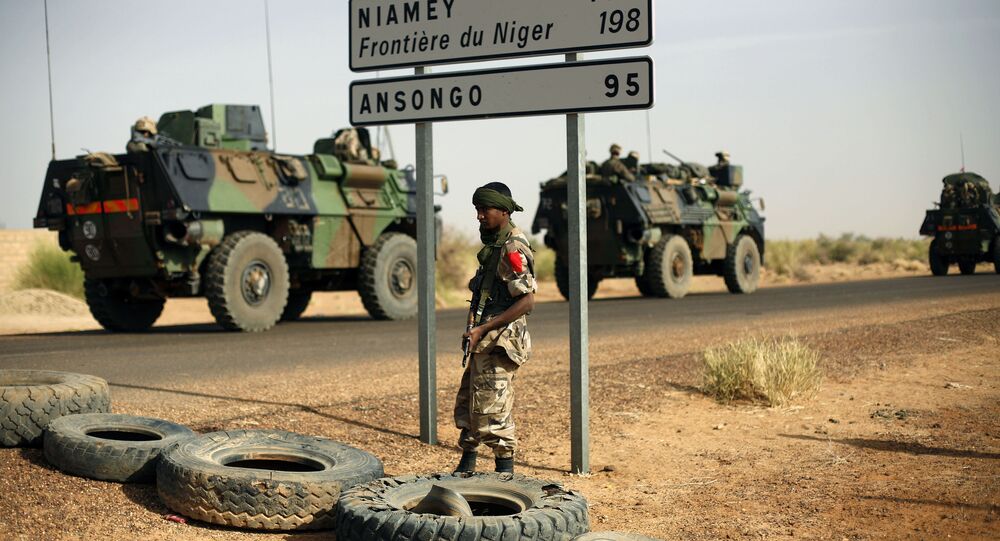 France’s eight-year war against rebellious tribes in northern Mali has grown increasingly unpopular in both countries, with protests against the French military presence continuing through the interim government period.

In a statement viewed by AFP on Thursday, the French Ministry of Defense said that “requirements and red lines have been set by ECOWAS and the African Union to clarify the framework for the political transition in Mali.”

“While awaiting these guarantees, France has decided to suspend, as a temporary measure, joint military operations with Malian forces and national advisory missions for their benefit,” the ministry added. “These decisions will be re-evaluated in the coming days in the light of answers provided by the Malian authorities.”

Mali and the War on Terror

This move is just the latest in a slew of international agreements with Mali being paused due to Assimi Goita, a Malian Army colonel who masterminded the August 2020 coup d’etat, removing from power the interim president, prime minister, and defense minister last week.

On Sunday, the Economic Community of West African States (ECOWAS) suspended Mali from the trading bloc, and on Tuesday, the African Union did the same, calling for "an unimpeded, transparent and swift return to the civilian-led transition ... failing which, the Council will not hesitate to impose targeted sanctions."

The US began restricting its assistance to Bamako on May 26, just two days after then-Interim President Bah Ndaw, former Prime Minister Moctar Ouane, and former Defense Minister Souleymane Doucoure were arrested. As Sputnik has reported, African troops trained by US Africa Command have been behind at least seven successful coups in the 13 years since AFRICOM was founded in 2008.

While France and the US have paused their cooperation with Mali, a former colony of Paris, the European Union has not yet done so. EU foreign policy chief Josep Borrell said last week “let's see how things are going,” but noted he believed the situation in northern Mali would only worsen if the roughly 600 EU troops there withdrew.

France’s force in Mali is far larger: under the aegis of Operation Barkhane, Paris has roughly 5,100 troops spread across the Sahel in a War on Terror-style campaign against Islamist militants. The war began in Mali in 2013 as Operation Serval, when France sent a force at the request of the Malian government to beat back an uprising by Tuareg tribesmen that spread like wildfire in the wake of another coup d’etat in Bamako in 2012.

Like the US War on Terror, this campaign has seen civilians targeted on the assumption they are militants, with the situation made all the worse by denials from Paris. For example, an airstrike on the village of Bounti on January 3 was said by the French defense ministry to have killed 40 men from an “armed terrorist group,” but a United Nations investigation revealed the strike had hit a wedding reception and killed just 19 men, all of them unarmed. Another instance in March saw six teenagers who were bird hunting gunned down by a French aircraft near the village of Talataye, with Paris claiming the incident as a hit on “an armed terrorist group.”

Civilian Rule, But Not 'Islamist' Civilians

On Sunday, French President Emmanuel Macron said that if the recent coup took a turn toward “radical Islamism,” he would end military cooperation.

“Today, this temptation is present in Mali. But if it goes in that direction, I’ll pull out,” he told Le Journal du Dimanche. “I stayed at the request of the countries, because I thought that exiting would be a destabilising factor. But the question is raised, and we’re not destined to stay there forever.”

The mass protest movement that weakened the administration of former President Ibrahim Boubacar Keita over the summer of 2020, paving the way for the August military coup that ousted him, yielded an umbrella party of opposition forces called the June 5 Movement - Gathering of Patriotic Forces (M5-RFP). The man who emerged as the leading voice of the movement, Imam Mahmoud Dicko, is a conservative Muslim scholar and the former head of Mali's High Islamic Council.

However, Dicko and the M5-RFP as a whole have remained staunchly opposed to a military government, and since the coup have pressured Goita and the other colonels to give them a greater role in the government. When Ndaw yielded to this pressure and ousted two colonels as head of the defense and security ministries on May 24, Goita leaped into action and had him arrested just hours later.

On Tuesday, M5-RFP finally won a much-coveted position in the interim government when leader Choguel Maiga, who heads the Patriotic Movement for Renewal party and is a former minister of communications and trade, was appointed to be prime minister. However, M5-RFP still doesn’t hold a single ministry post in the interim government, which remains dominated by the military.