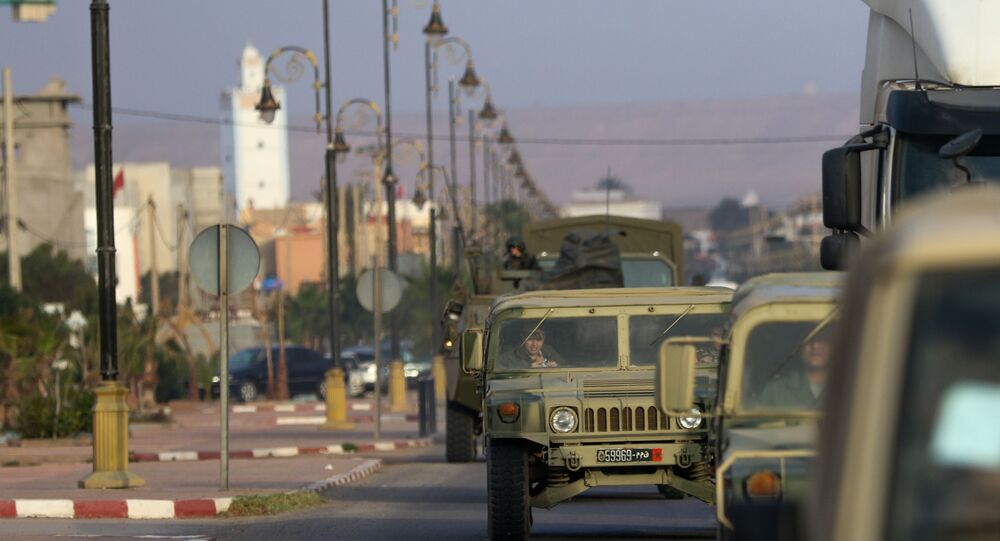 Madrid has pulled its forces out of the forthcoming 2021 African Lion exercises in Morocco, Tunisia, and Senegal reportedly after learning part of the maneuvers would be held in Western Sahara.

On Saturday, Spanish daily El Pais reported that the Spanish Ministry of Defense was pulling its part of the African Lion exercises for what it officially claims are budgetary limitations. However, ministry insider sources reportedly told the paper the real reason was that Madrid didn’t wish to legitimize Morocco’s occupation of Western Sahara, where some of the drills will reportedly be held.

The drills are due to begin on June 7 and will last until June 18, involving some 7,000 troops, including from the US and from hosting nations Morocco, Tunisia and Senegal, as well as from Italy, United Kingdom, and the Netherlands. According to El Pais, the Moroccan drills will take place at Tantan in Morocco as well as Dakhla and al-Mahbès, both of which are in Western Sahara and the latter of which is less than 100 miles from the Saharawi refugee camp in Tindouf, Algeria.

As early as late March, the Moroccan tabloid Al-Ahdath Al-Maghribia reported the two Western Sahara locations in African Lion plans, but more recently, these have been omitted in reports about the drills. For example, US Africa Command (AFRICOM), which coordinates the African Lion exercises, only mentions Tantan in an April 27 report. This has created a dispute about whether or not Morocco is even hosting drills in Western Sahara.

Saharawi media collective Saharawi Voice tweeted that the reports are “a lie,” but seemed unsure on Tuesday if the source was Moroccan King Mohammed VI or Prime Minister Saad-Eddine El Othmani, noting the head of government had previously been circumvented in his opposition to normalizing relations with Israel by the monarchy.

According to AFP, El Othmani said on Twitter last month that AFRICOM’s participation in the Western Sahara drills "marks the consecration of American recognition of the Moroccan Sahara," Rabat's name for Western Sahara.

Later on Tuesday, AFRICOM told EFE news agency that it would only take part in drills in Morocco, not in Western Sahara, refuting Othmani's claims.

Rabat has occupied Western Sahara since 1975, since Spanish colonial forces pulled out of what was previously called Spanish Sahara. However, the indigenous Saharawi people declared their own Saharawi Arab Democratic Republic in the territory at the same time, and the Polisario liberation front fought a 16-year war with Morocco that ended in a 1991 peace treaty and a pledge by the United Nations to hold an independence referendum in Western Sahara. Polisario cancelled that peace agreement last November, after Moroccan forces dispersed a Saharawi protest outside the Guerguerat border crossing with Mauritania.

One month later in December, the Trump administration recognized Morocco’s claim to rule Western Sahara in exchange for Morocco’s recognition of the state of Israel. The move provoked widespread condemnation both in the international community and within the US political sphere. However, the Biden administration that took office in January has so far taken no action to reverse Donald Trump’s move.

Strange comments on Twitter by the Dutch Ministry of Foreign Affairs on Tuesday also seem to suggest ambiguity about the Netherlands’ participation in the drills, but no official word has been given.

Or Was it Morocco’s Move?

El Pais’ claims have been disputed by the investigative news outlet Maghreb Intelligence, which reported on Sunday that “according to reliable sources,” Spain’s exit from the African Lion drills was due to opposition by Morocco and the US to its participation, due to Madrid allowing Polisario secretary-general Brahim Ghali to receive treatment in Logroño after he contracted a severe case of COVID-19 in April.

© AFP 2021 / RYAD KRAMDI
Brahim Ghali, President of the Sahrawi Arab Democratic Republic (SARD) and Secretary-General of the Polisario front, attends celebrations marking the 45th anniversary of the creation of the SARD, on February 27, 2021, at a refugee camp on the outskirts of the southwestern Algerian city of Tindouf, on February 27, 2021.

“For Rabat, there is no question of giving the impression that relations are resuming normally between the two countries before the Brahim Ghali case is resolved,” the outlet wrote.

Morocco has accused Ghali of war crimes, and pressured Spain into serving a summons on him last week as part of an investigation of the claims. However, after Ghali testified before the Spanish National Court on Tuesday, the judge declined to hold him in pretrial detention as human rights activists had requested, determining he is not a flight risk.

“The prosecution report has not provided elements of evidence supporting the existence of reasons to believe he is responsible [for] any crime,” a court document viewed by Al Jazeera said.

EDIT: a comment given to EFE by AFRICOM was added.