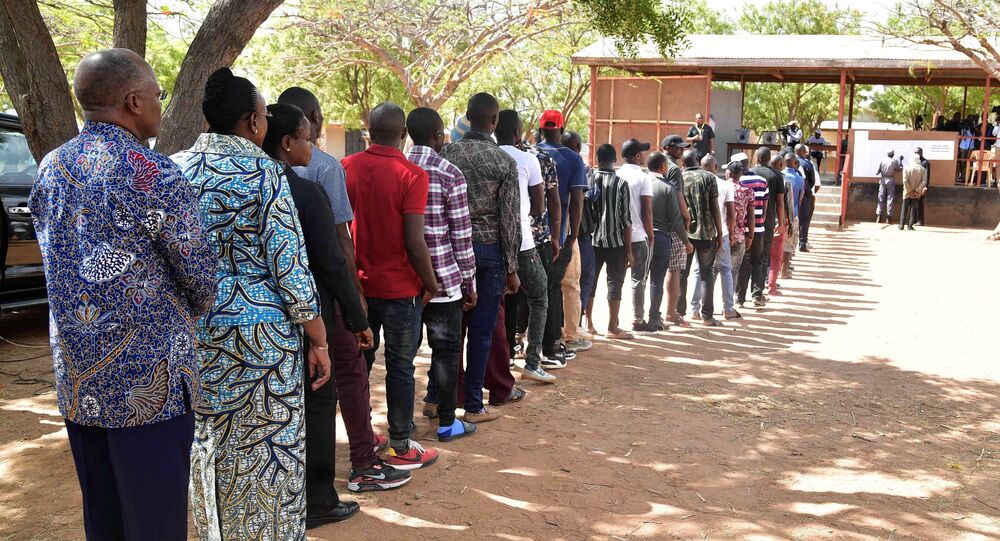 WASHINGTON (Sputnik) - The United States and its allies are considering actions such as visa restrictions to respond to alleged rights abuses and irregularities in Tanzania's recent elections, Principal Deputy Spokesperson Cale Brown said in a statement on Monday.

"The United States, in coordination with our partners, will consider actions including visa restrictions, as appropriate, to hold accountable those found to be responsible for human rights abuses and interference in the election process", Brown said.

"We remain deeply concerned by credible reports of significant and widespread voting irregularities, internet interruption, arrests, and violence by security forces both in mainland Tanzania and on Zanzibar", he added.

Wednesday’s election saw incumbent President John Magufuli claim a victory with 84.4 percent of the vote and ruling party candidates winning seats in most regions of the country.

"While the Tanzania Election Commission declared President Magufuli on October 30 as the winner of the presidential contest, we remain deeply troubled by the impact of these irregularities and violence on the results", the senior US diplomat said.

The United States calls on all parties to show restraint and peacefully resolve any disputes over the vote, Brown said. Washington also urges the Tanzanian government to probe allegations of irregularities and violence on the part of security forces, as well as uphold fundamental human rights and freedoms.

Brown also revealed that Washington is coordinating with its partners and will consider actions including visa restrictions to hold to account any perpetrators of human rights violations or interference in the election process.