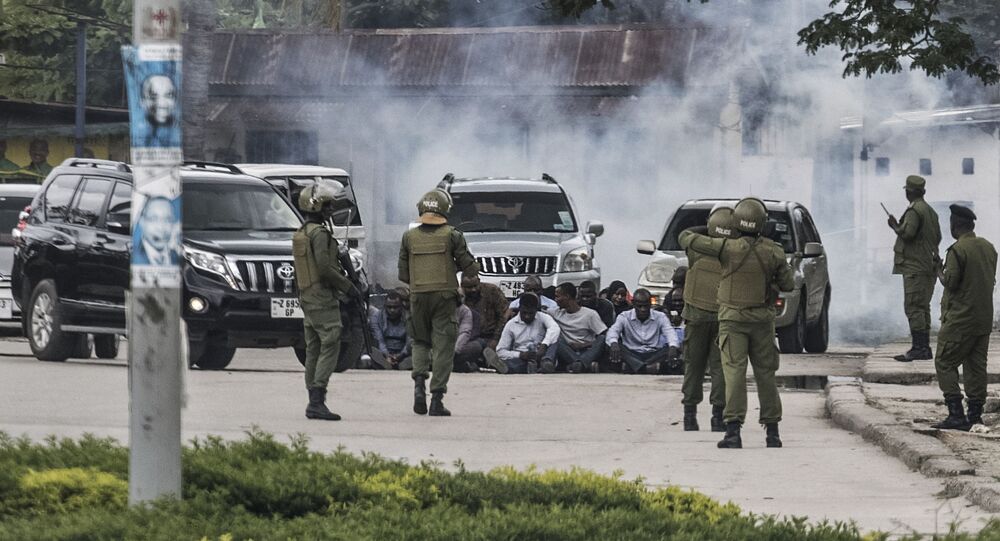 MOSCOW (Sputnik) - Police in Tanzania’s Dar es Salaam have arrested key opposition figures ahead of planned protests against the results of a disputed general election, The Citizen news outlet reported on Monday.

According to outlet, leaders and members of the Chadema and ACT-Wazalendo were taken for inciting unrest after they vowed to call for protests against the October 28 general elections and demand a repeat of the polls.

“We are holding them alongside several other people for inciting people to demonstrations,” the city’s police chief Lazaro Mambosasa was quoted as saying.

The Citizen reported heavy police presence in public areas of the city but no signs of gatherings or protests.

The two parties held a joint press conference on Saturday where they claimed that widespread fraud and rigging took place and called for rejecting the results and organizing new voting.