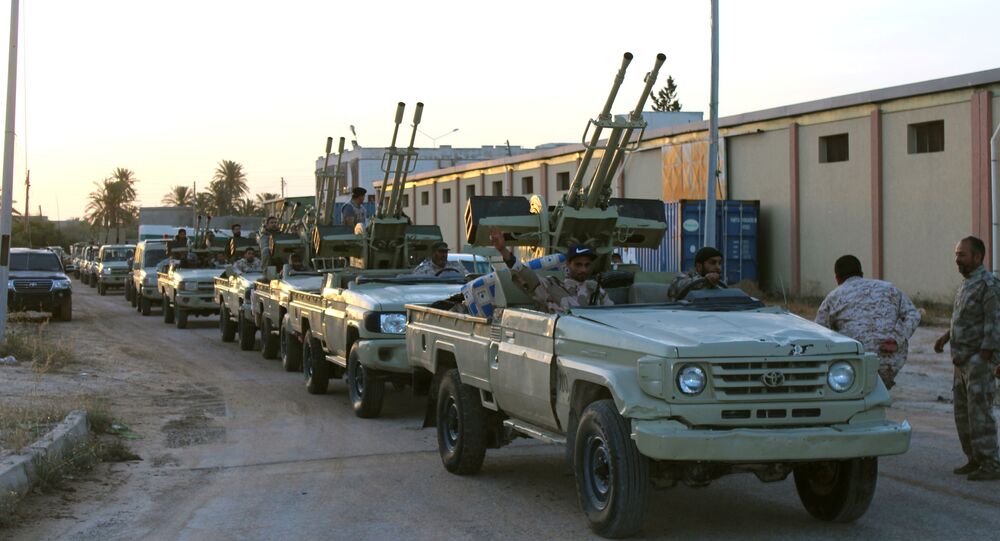 Back in August both sides in the civil war - the Government of National Accord (GNA) and a Tobruk-based parliament, supported by the Libyan National Army, had called for a ceasefire amid the pandemic.

The GNA stated on Tuesday that media reports about the resignation of Prime Minister Fayez Sarraj are false and are intended to disinform the public.

Previously, Bloomberg reported, citing informed officials, that Sarraj was planning to announce that he would soon step down from office.

According to the agency, Sarraj has discussed his plans to step down with Libyan and international politicians and may make the announcement at the end of the week. The prime minister may reportedly act as a caretaker until the talks in Geneva scheduled for the next month.

The reports were published after mass rallies in Tripoli and other GNA-controlled cities in August, with protestors demanding better living conditions and the resignation of the current government. According to the local media, the protests resulted in clashes between security staff and some demonstrators. According to Sarraj, that the security forces had resorted to excessive violence during the clashes.

Libya has been entangled in internal conflict since its long-time leader Muammar Gaddafi was overthrown and murdered in 2011. At present, the east of the country is governed by the elected parliament, supported by the Libyan National Army, while the west is under the control of its Tripoli-based rival, the GNA.