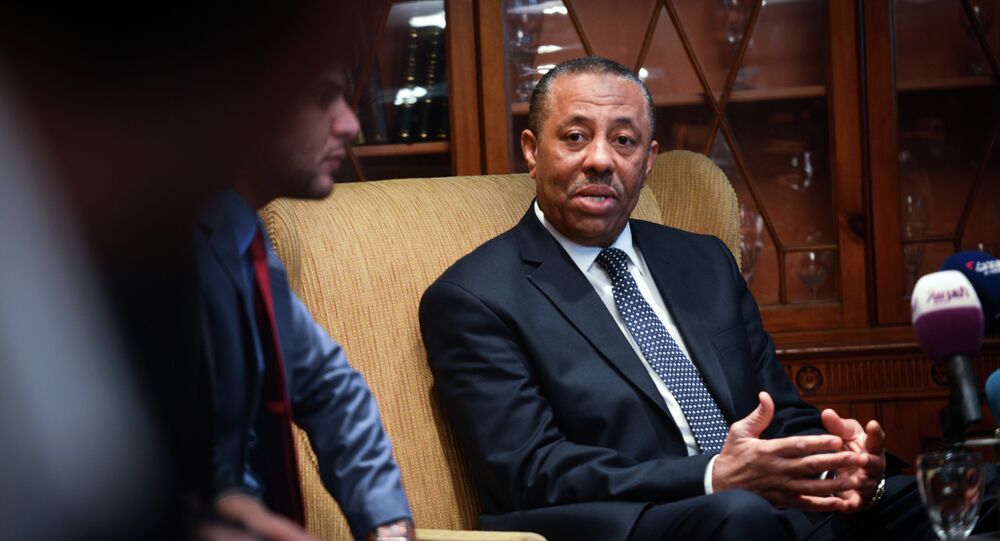 "The government of Libya has submitted a letter of resignation to the speaker of the parliament. [The resignation letter] will be submitted to the council [House of Representatives]", the press release read.

© REUTERS / MURAT CETİNMUHURDAR/PPO
Turkey's Erdogan, Libya's Sarraj Discuss Cooperation in Eastern Mediterranean
According to the press release, prior to stepping down, Thani and other senior officials of his government had an emergency meeting with Saleh to discuss the public protests ongoing in Benghazi and other big cities in eastern Libya for the past few days over power cuts and poor living conditions.

In late August, mass rallies erupted in Tripoli and other GNA-controlled cities, with demonstrators demanding better living conditions, the resignation of the current administration and an end to corruption. According to Libyan media, the protests resulted in clashes between security staff and a number of protesters. Following the reports about the clashes, Sarraj admitted that the security forces had resorted to excessive violence while dealing with the rallies.

The protests came several days after the GNA declared an immediate ceasefire — welcomed and supported by the eastern-based parliament — and vowed to create demilitarized zones in the strategic areas of Sirte and Jufra.

After the ouster and assassination of Libyan leader Muammar Gaddafi, Libya was engulfed in a brutal conflict and is divided between two centres of power - an elected parliament in the country's east, supported by the Libyan National Army (LNA) and the UN-backed Government of National Accord (GNA) in the west.

The LNA is supported by Egypt and the United Arab Emirates, while the GNA is backed by Turkey and Qatar.