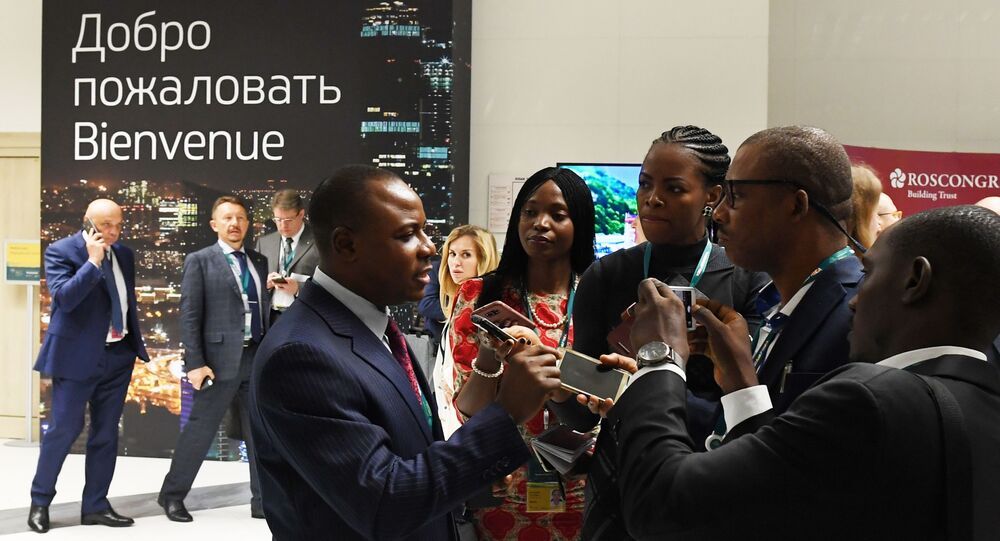 In recent years, many African countries not embroiled in ongoing internal conflicts have picked up the pace of economic development, witnessing growth levels impressive even for developing states. Their success has already attracted some foreign investors, but so far Russia has not been at the top of this list.

African countries have been showing astonishing economic results, with some countries reaching GDP growth levels of 7% per year. According to predictions by the International Monetary Fund (IMF), Ghana could become a 2019 leader in this regard, with expected growth of 8.8%, while the Ivory Coast and Ethiopia could see 7.5% and 7.7% growth respectively.

Their growth comes from different sources. Some countries have simply discovered rich natural resource deposits, as has apparently been the case with Ghana's oil fields. Others are receiving dividends from the development of their telecom and financial sectors, as is the case with Senegal.

Their rapidly growing economies have already allowed these countries to attract foreign investors and boost economic cooperation with states like China, India, South Korea, and others. Russia is among these countries, but is far from being at the top of the list.

Apart from these two countries, Russia has been developing trade ties with other players on the continent. Bilateral trade with South Africa and Mozambique has risen over the past three years by 28% and 32% respectively, while trade with Togo skyrocketed by 713% in the first half of 2019 in comparison to the same period in 2018. Trade with Sudan, Tunisia, Morocco, Nigeria, and Tanzania has also been generally growing lately, although not as steadily as with others.

Senegal, a rapidly developing African economy, has a modest level of trade with Russia, but is currently seeking to change this situation. Senegalese President Macky Sall expressed interest in boosting bilateral trade during a meeting with Vladimir Putin in 2018.

Although a significant portion of Russian exports to these countries consists of resources, fertilisers, and agricultural products, the country also sells equipment and provides services in the medical and educational spheres. Russian companies also participate in various infrastructural projects in several states. Namely, Rosatom is building a nuclear power plant in Algeria, while Senegal has invited Russian gas giant Gazprom to participate in the development of a recently discovered offshore gas field.

As African countries continue to develop, their needs for foreign services, expertise, and equipment are expected to grow, thus giving Moscow an opportunity to expand its economic cooperation with the continent, which currently constitutes only to a minor part of Russia's foreign trade.