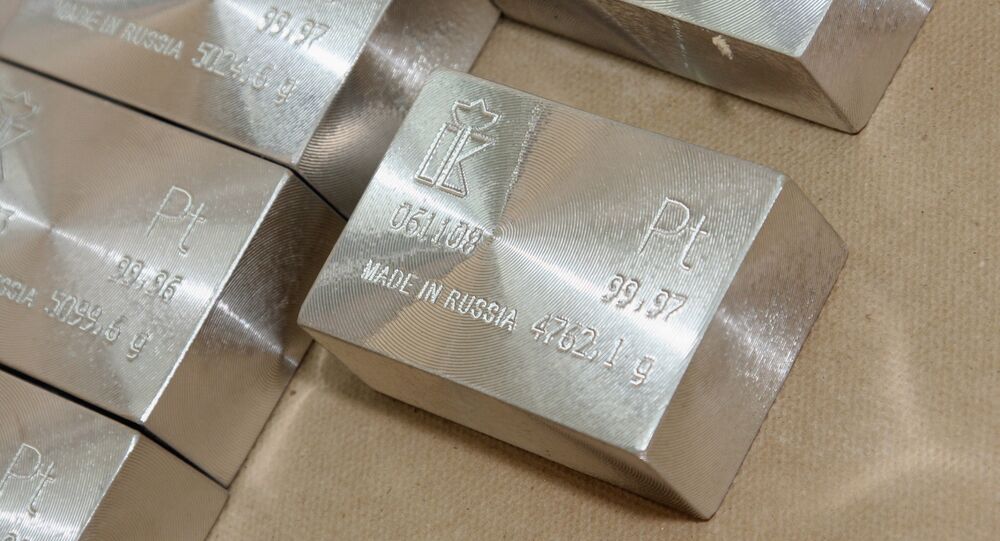 The two countries enjoy some of the largest global reserves of gold, silver, platinum, palladium, uranium, and other valuable and strategic resources, and have just committed to increasing bilateral cooperation in mining and exploration into the next decade.

The little reported-on event, focusing on trade and investment collaboration, included a roadmap on future joint projects in platinum metals, as well as a broader agreement on the exploration, extraction and processing of mineral resources up to the year 2025.

"Russia and South Africa, possessing rich reserves of mineral resources, having long traditions in the development of the mining industries, as well as a high level of technological knowledge, have the opportunity to promote the growth of the market of platinum group metals through partnership and cooperation," the press release from the meeting between Sisulu and her Russian counterparts said.

The agreement comes on the heels of soaring prices for platinum's sister metal, palladium, another resource whose market Russia and South Africa firmly control.

Used in automotive pollution control devices, the aircraft industry, weaponry, dentistry and as jewelry, platinum has anti-corrosion, heat resistance and strength characteristics which make it one of the world's most important strategic metals. The rare earth metal's prices reflect its significance, hitting $843.70 per troy ounce in Friday COMEX trading.

In 2017, South Africa produced 140 tonnes of platinum, with Russia producing 21 tonnes. The same year, the rest of the world combined produced 34,9 tonnes, meaning that South African and Russian production alone accounted for some 82 percent of total output.

© Wikipedia
The Next Gold? Palladium Prices Soar, & Russia Has Plenty of the Precious Metal
The two countries' control of the palladium market is similarly impressive, with Russia and South Africa mining 81 tonnes and 78 tonnes, respectively, out of a total global output of 211.4 tons in 2017, giving them control of 75 percent of the world total that year. With palladium prices jumping 80 percent over the last decade to $1,170 per troy ounce as of Friday trading, precious metals analysts expect platinum prices to creep up over the next two years to substitute for its sister metal.

Russia and South Africa, both members of the BRICS group of nations, are looking expand their total trade to $1 billion by the end of 2018. In addition to cooperation on precious metals, the two countries are also working on joint projects in nuclear energy, agriculture, oil and gas, banking, fisheries, water resource management, science, technology, education and space.

The Next Gold? Palladium Prices Soar, & Russia Has Plenty of the Precious Metal

‘Bank of England Has No Right to Withhold Venezuelan Gold' - Campaigner

Russia's Aging Topol ICBMs to Be Scrapped for Gold, Silver