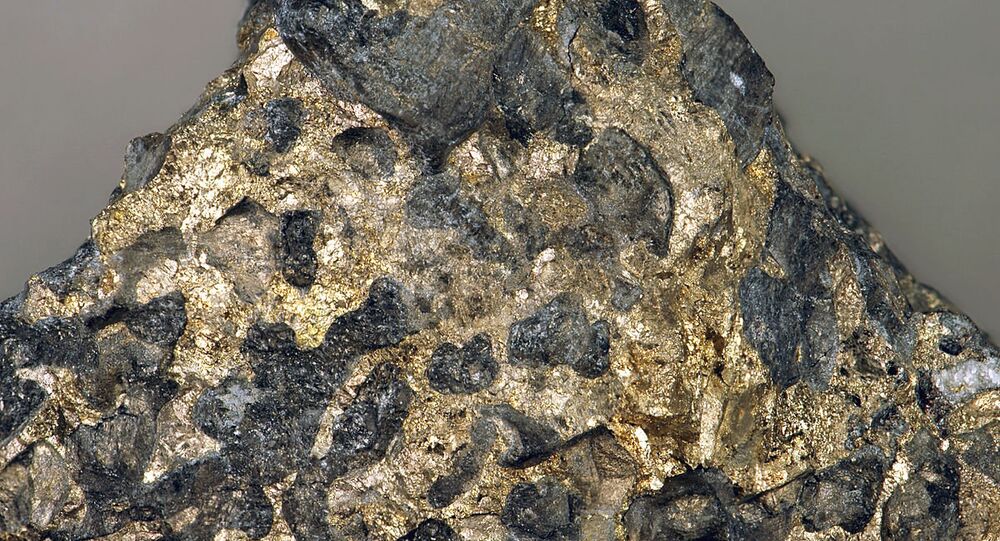 The Next Gold? Palladium Prices Soar, & Russia Has Plenty of the Precious Metal

Palladium has enjoyed the best market performance among major metals in 2018, thanks in large part to tough new Chinese car pollution standards which have pushed automotive producers to install catalytic converters which contain the metal in their cars.

Palladium prices have appreciated over 9 percent on the New York Stock Exchange year-to-date, hitting just short of $1,170 per ounce on Friday, with futures jumping 5.2 percent last week alone and market analysts telling Bloomberg that the bull run is just getting started.

The silvery-white precious metal, used in pollution control devices, electronics, jewellery, groundwater treatment equipment, chemical applications and dentistry, has enjoyed a steady upward climb in value over the last decade, starting off at a low of $235 per ounce in November 2008.

© CC0
Gold Share on Steady Rise in Russia's Financial Reserves
Close to 70 percent of demand is driven by the automotive market, according to CPM Group, a New York-based commodities research firm. And with car sales remaining steady despite fears of a decline in many other industries, investors are expecting palladium's climb to continue over the short to medium term.

"The market has a very positive fundamental outlook," Maxwell Gold, director of investment strategy at Scotland-based investment firm Aberdeen Standard Investments told Bloomberg. "We've been dealing with supply deficits going on eight years, and that's expected to continue. Supply has certainly been an issue on the mining front as well as the draw-down of existing stockpiles," he added.

With palladium prices climbing above those of its sister-metal, platinum (which closed at $843 per ounce on Friday), investors say its possible that platinum may replace palladium in many automotive and industrial applications. However, Standard Chartered Bank precious metals analyst Suki Cooper said it would take at least 18-24 months for manufacturers to make the switch, not to mention the costs and headaches associated with doing so.

Where does Russia come into all this? Well, the country is rich in both precious metals, and enjoys the status of being the world's largest palladium producer, mining some 81 tonnes of the precious metal in 2017. Norilsk Nickel alone accounted for 41 percent of total global palladium production the same year.

© AP Photo / Michael Probst
Not by Gold Alone: Yellow Metal Likely on ‘Upside’, Other Commodities No Less Marketable
Norilsk Nickel, which also engages in the extraction and refining of platinum, cobalt, silver, gold, tellurium and selenium, increased its palladium output by 6 percent in 2017, and platinum output by 4 percent. It is looking to continue growing its output amid market concerns about the closure of mines in South Africa, the world's second-largest palladium producer. Zimbabwe, Canada and the United States round out the top five global palladium producers, with their total output amounting to just 27 percent of combined Russian and South African output in 2015.
...
Reddit
Google+
Blogger
Pinterest
StumbleUpon
Telegram
WhatsApp
240