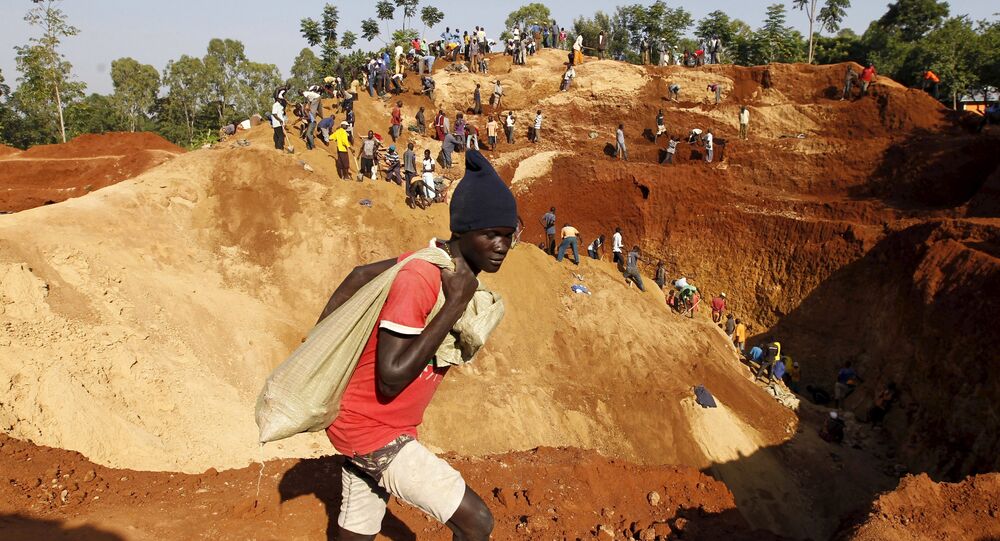 The Central African Republic boasts rich reserves of natural resources, but has been mired in internal conflict, with exploitation of the country’s natural resources difficult to monitor given the state has only partial control of its own territory.

The panel’s report warned of an “ecological disaster,” “polluted river,” and said “public health [is] threatened”.

“Gold mining by the Chinese firms at Bozoum is not profitable for the state and harmful to the population and the environment,” stated the commission upon completing an investigation into mining in the northern town.

“The nature of the ecological disaster discovered on-site justifies the immediate, unconditional halt to these activities,” the report found.

After responding to numerous complaints registered by locals, members of the commission spent four days in Bozoum a month ago, where they discovered the River Ouham badly polluted after the excavation of its riverbed.

The Chinese also reportedly left behind empty tents and cigarette butts to the disgust of locals.

“Average production is between 400 grams to 1 kilo per site per month. This situation seems unacceptable with regard to daily production costs,” the report says.

The investigators suggested the country’s natural wealth was being squandered, with some Ministry of Mining officials possibly implicated.

There has been no response to the report from Chinese business officials.

A video showing the state of the river and naming the four Chinese firms concerned as Tian Xian, Tian Run, Meng and Mao, has been posted by a local missionary, Father Aurelio Gazzera.

Although the CAR is rich in natural resources, it is riddled by an ongoing civil war involving the government, rebels from the Séléka coalition, and anti-balaka militias, forcing around one in four of its 4.5 million population to flee their homes.

Under the circumstances the authorities find it increasingly challenging to monitor the exploitation of the country’s natural resources, given that the state only has partial control of its own territory.