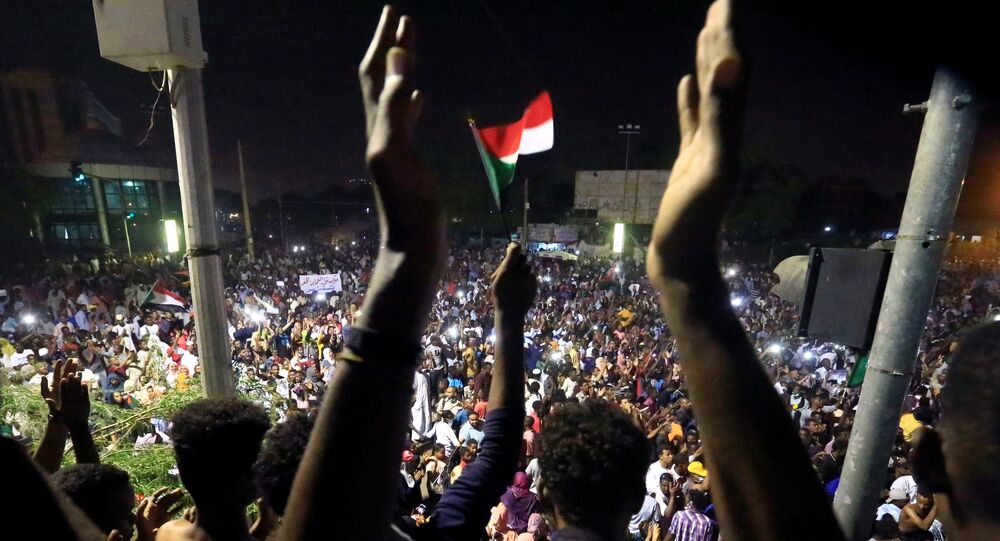 Meanwhile, Algerian APS news agency reported that thousands of protesters gathered next to the Defence Ministry building in the Sudanese capital of Khartoum to once again demand the transfer of power from the military council to civilian government.

The "march of millions" was called by the Sudanese Professionals Association, one of the key groups behind the protests in the country, Algerian APS news agency said. The group has repeatedly demanded the creation of a civilian governing council.

The protesters continue to hit the streets, despite the meeting on Wednesday evening between the transitional military council and the leaders of the opposition, which resulted in some agreements.

Representatives of the Sudanese judiciary system will join the rally in Khartoum. Several dozen judges will march from the Constitutional Court building to the building complex of the Defence Ministry, demanding independence of the judicial system.

Sudan has been rocked by protests, which often turned violent and resulted in deaths and injures, since December. The demonstrations were initially triggered by the rise in price for bread and other consumer goods that greatly increased the vulnerability of Sudanese citizens. The protests then took on a new dimension as Sudanese citizens started calling for the resignation of the country's long-serving ruler, Omar Bashir.

The culmination reached in early April when Bashir, who had been in power for nearly 30 years, was detained by the country's military. The transitional military council promised to hold a new election in two years’ time. However, protesters continued to hit the streets, demanding the military to hand power to a new civilian government.