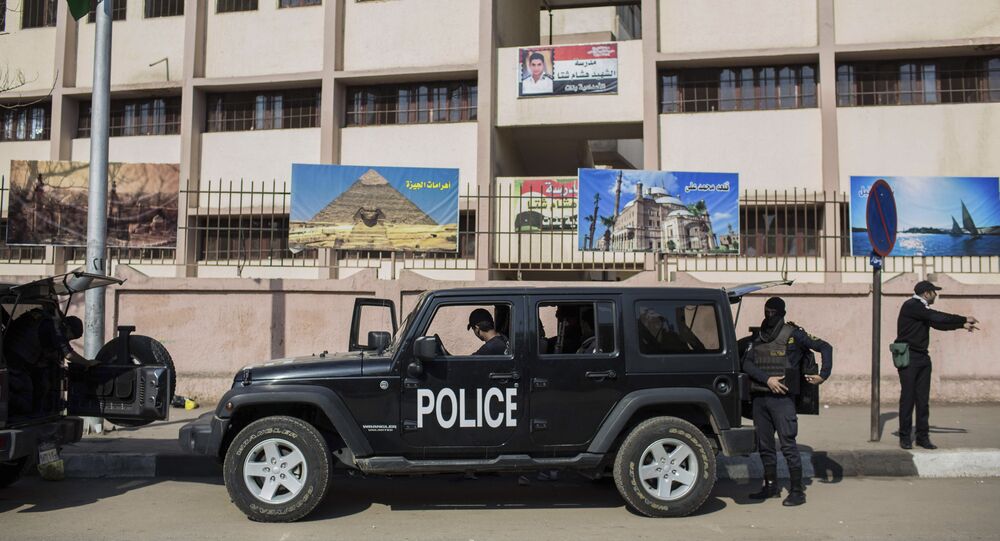 An Egyptian television host, who has on several occasions spoken out against gays, was accused of promoting homosexuality and contempt of religion.

A misdemeanours court in Giza, Egypt, sentenced TV anchor Mohamed al-Gheiti to one year in jail for interviewing a gay sex worker on his talk show, Wake Up, in August 2018, AFP reported citing a judicial source.

The host was found guilty of promoting homosexuality and contempt of religion after a segment in which the gay guest described his job was broadcast on the LTC TV channel.

© AP Photo / Jacquelyn Martin
Sex, Tapes & Slurs: GOP Senator Smeared as Hostage to Gay Blackmail Material
In addition, al-Gheiti was slapped with a fine of 3,000 Egyptian pounds ($167), and will be placed under surveillance by the Egyptian government for a year after he serves his term. The complaint against the host was filed by Samir Sabri, a lawyer who has previously taken other Egyptian media figures to court.

During the interview, the gay sex worker, whose face was blurred to protect his identity, described his relationship with another man.

After the episode was broadcast in August, Egypt’s Supreme Court for Media Regulation ordered a two-week suspension for the LTC TV channel for “professional violations”, AFP reported.

At the time, the watchdog said in a statement that the channel had violated its decision “banning the appearance of homosexuals or promotion of their slogans”.

READ MORE: YouTuber Logan Paul Lambasted by LGBT for Saying He Would 'Go Gay' For a Month

The original decision was made after a group of Egyptian youths raised a rainbow flag – the landmark LGBTQ+ symbol – during a Cairo concert back in September 2017.

Although homosexuality is not explicitly illegal in Egypt, the country’s legislation includes several provisions criminalising behaviour or expression of any idea that may be deemed as immoral or offensive in terms of religious beliefs.