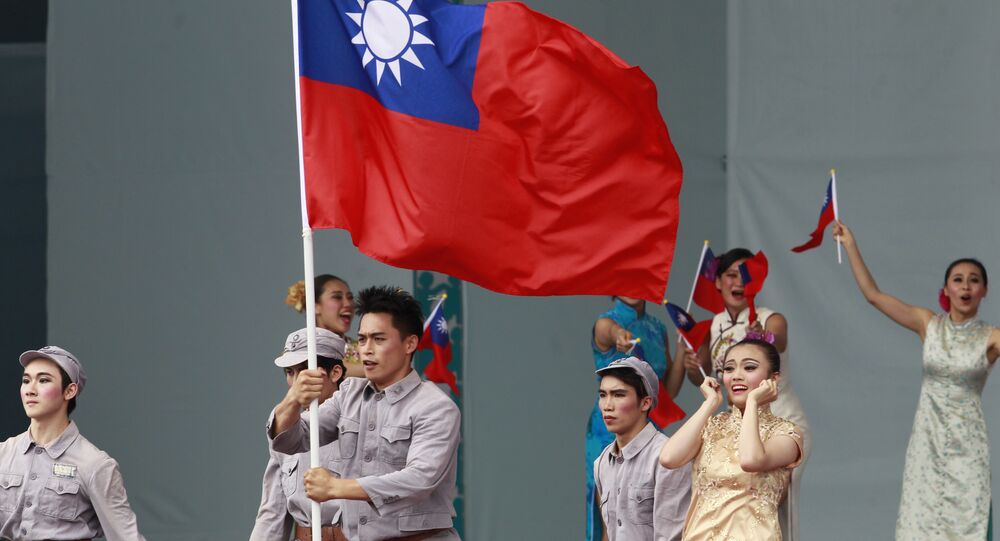 Taiwan, which China continues to call a wayward province, now has ties with only 17 countries, almost all of them in Central America and the Pacific.

The Kingdom of Eswatini will not abandon Taiwan to China, its foreign affairs minister said, after China said it expected Taiwan's last diplomatic associate in Africa to switch allies soon.

"They must not play mind games because our relationship with Taiwan is over 50 years so we will not dump them. We have no desire to change camps since Taiwan has been good to us," Mgwagwa Gamedze stated, adding he will have a broad response after his meeting with the king on the issue.

Eswatini’s government spokesman Percy Simelane has also commented on the situation, saying "Up until or otherwise told we remain with Taiwan."

© AP Photo / Francis Malasig/Pool Photo
'Could Be a Real Flashpoint': Beijing to Launch Satellite Network to Monitor South China Sea Traffic
According to diplomatic sources, Eswatini, formerly known as Swaziland, has been suffering pressure from China for several months, ahead of the upcoming China-African Summit in Beijing.

On August 21, El Salvador announced the establishment of diplomatic relations with China after breaking official ties with Taiwan.

Beijing does not accept Taiwanese autonomy and claims the island is part of China.

Taiwan, in turn, does not recognize the central government in Beijing.