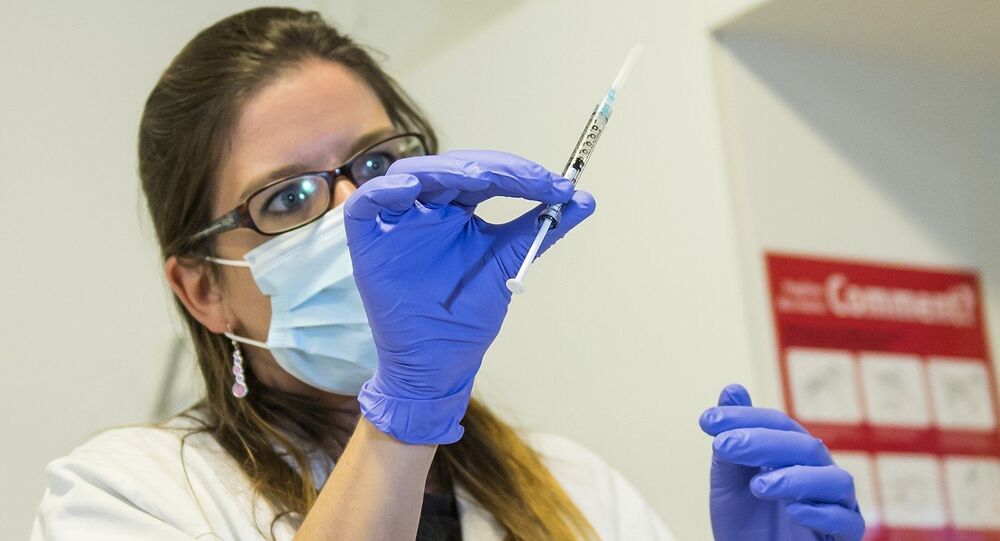 MOSCOW (Sputnik) - The Democratic Republic of Congo’s (DRC) vaccination program against the ongoing Ebola Virus Disease (EVD) outbreak has expanded from the town of Mbandaka to also encompass the Bikoro and Iboko health zones, a press release issued by the DRC Ministry of Public Health said on Monday.

"On Monday, May 28, 2018, the Minister of Health, Dr. Oly Ilunga Kalenga, launched the vaccination against the Ebola virus disease in the health zones of Bikoro and Iboko, in the Province of Equateur," the press release read.

© AP Photo / Jerome Delay
WHO Warns Ebola Outbreak in Congo May Spread to Neighboring Countries
Since the program was launched on May 21, a total of 368 people have already received the vaccination against EVD, including the DRC health minister.

"A peak of vaccinations was recorded on Saturday, May 26, with 104 people vaccinated, one day after the Minister of Health set an example by getting himself vaccinated," the press release said.

As of Sunday, the DRC had 35 confirmed cases of EVD.

Last week, the World Health Organization warned that the outbreak might spread to the capital city of Kinshasa and neighboring countries.