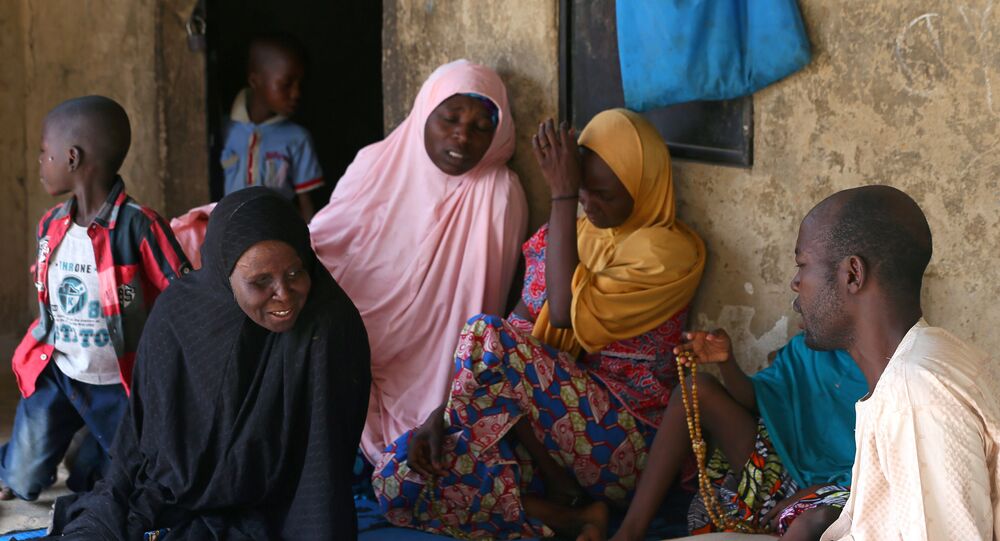 MOSCOW (Sputnik) - Nigerian President Muhammadu Buhari has called the abduction of around 100 Nigerian schoolgirls by the Boko Haram terrorist group a 'national disaster' and pledged to return the missing girls.

"The entire country stands as one with the families, and with the government and people of Yobe State. This is a national disaster. We are sorry that it happened; we share your pain. Let me assure that our gallant armed forces will locate and safely return all the missing girls," Buhari said Friday on Twitter.

Nigeria has been facing the insurgency of the Boko Haram jihadists, who pledged allegiance to the Daesh terror group, outlawed in Russia, since 2009. The group staged a number of bloody terror attacks, including the 2011 bombing of a UN office in the country's capital of Abuja which killed 21 people.

In a high-profile attack in April 2014, Boko Haram militants abducted 276 girls from a boarding school in the northeastern town of Chibok in the Borno state, which is neighboring Yobe. Some of the girls subsequently escaped from the militants, while dozens are still missing.

In May 2017, 82 Chibok girls were released by Boko Haram in exchange for the group’s militants handed over by the authorities.