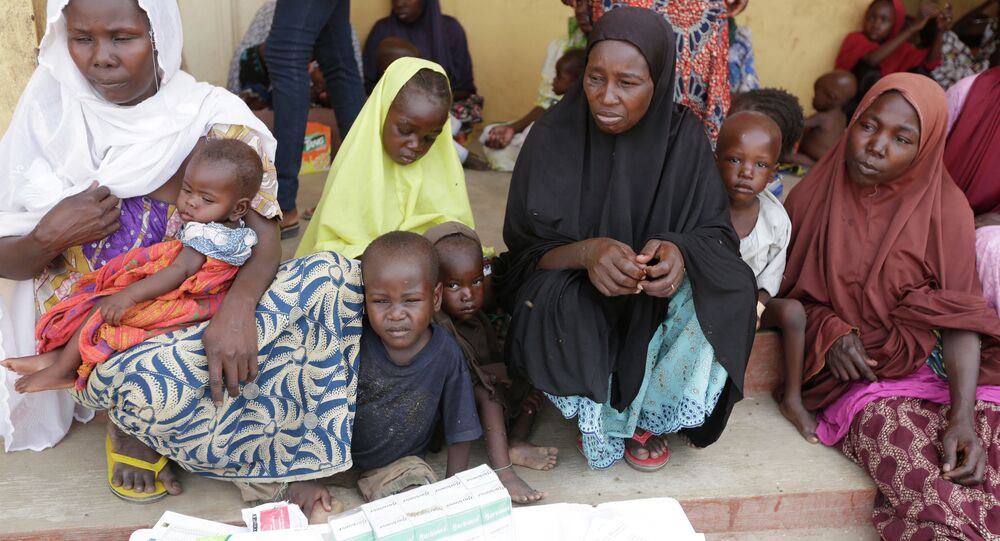 Boko Haram terrorist group has kidnapped over one hundred girls in north-eastern Nigeria. The incident marks the second time the Islamists have committed such an atrocity; in April 2014, around 276 school age girls were taken from the village of Chibok, with at least one hundred still missing.

Sputnik: The mass kidnapping of schoolgirls seems to be a signature mark for Boko Haram, on top of this most recent incident, there was of course the kidnapping in 2014 of 276 girls by the terrorist group – what strategic value do they see in taking schoolgirls do you think?

Paul Jackson: The first thing to point out is that they do kidnap an awful lot of people. The girls themselves are one percentage of a much larger group of people. If you go to any state in Nigeria, they will have a lost as long as your arm of people who Boko Haram has kidnapped. They don’t just kidnap young girls.

© REUTERS / Emmanuel Braun
Boko Haram Hit-and-Run Attack Leaves Five Dead in Nigeria
However, there are specific reasons why they do kidnap young girls: not least because the internal ideology. It’s similar to if you become a suicide bomber: you end up in heaven surrounded by young virgins etc. There’s that kind of ideological, quasi-religious I would say, approach to taking those young girls.

You also have to remember two additional things. The first is that Boko Haram is largely a group of young men who live in the jungle or in various forested regions. And they, young men, have a particular set of needs that they want fulfilled. They view themselves as on some sort of religious journey, so they want to be accompanied and rewarded at the same time. The second thing to remember is that, although Boko Haram has just started doing this really, international terrorist groups around the world have seen a massive increase in the rate of female suicide bombers.

Sputnik: The Nigerian president and some US military officials have said that Boko Haram is close to defeat, but does this recent attack not demonstrate that they are far from defeat?

Paul Jackson: That depends how you define ‘defeat.’ The Chibok girls – who were the first group of girls you referred to – where there was a large international campaign, they were kidnapped two years ago, probably at the height of Boko Haram’s power. At the height of their power they controlled vast amount of territory, or at least didn’t allow anyone else to control it. What’s happened since then is that that territory has shrunken enormously. It’s a bit like the caliphate in the Middle East in terms of being an area of specified geographical space that belongs to Boko Haram – it doesn’t really exist in the same way it existed before.

© REUTERS / Joe Penney
Nigerian Army Killed 82 Boko Haram Terrorists in August - Reports
Sputnik: Boko Haram officially pledged allegiance to Da’esh in Iraq and Syria in 2015, do we know if the loss of that group’s so-called caliphate has damaged Boko Haram’s morale at all?

Paul Jackson: The honest answer to that is that nobody really knows. The links between Daesh and Boko Haram were never entirely clearly articulated. Much like many Islamic groups, Boko Haram declared some form of allegiance, quite what that meant in practice, whether they actually got anything in return, I’m not sure we’ll ever entirely know. It wouldn’t surprise me if there were some links after the fall of Libya and the end encroachment of various groups with additional loyalties to Daesh. They split and went all over the Sahel. It wouldn’t surprise me if there were some informal links but whether they got all the way back to Daesh in Syria and Iraq – I don’t think there’s any way of telling. Given the decentralized nature of a lot of these movements it’d be very difficult to trace any of those things back with any real certainty.